Kodak Super 8 cameras were first launched in the 60s and ever since, earned a special place in film history. Now, after so many years, Kodak decided to merge analogue with the digital world and develop the New Super 8 Camera.

You should know that Super 8 cameras were always a big deal among filmmakers, so it’s no wonder the news made a huge buzz in Hollywood. Steve McQueen once said that Super 8 taught him how to be a filmmaker and some of the industry’s top directors of the new generation think reviving this camera is a great idea. We’re talking big names like Christopher Nolan, JJ Abrams, Steven Spielberg, Quentin Tarantino and many others. 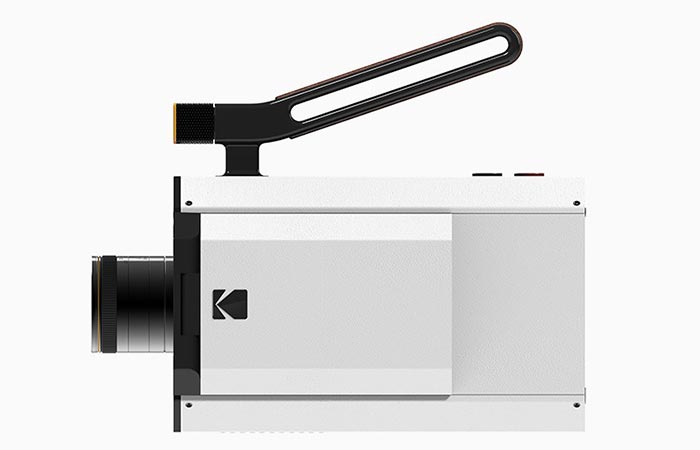 The new Super 8 uses best from the analogue and digital world.

The thing about this camera is that it brings a special charm to filming, that digital cameras just can’t offer. Kodak worked with top designers, directors and developers to make the new Super 8. It ended up having many improved features. One of the biggest innovations is the integrated microphone. Also, probably the biggest digital feature is the Viewfinder. 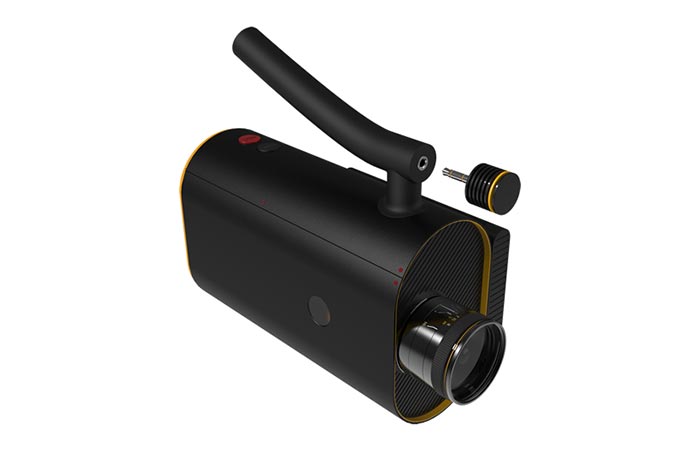 The integrated microphone is a huge innovation with new Super 8.

The camera is made from machined metal and has black or bone china finish. The handle is covered with leather, to ensure it’s comfortable to hold it. On the back of the camera you can find the space with many connectivity options so it’s easy to share and transfer your videos to other devices. There’s also a place for the SD card. The new Super 8 has an integrated battery and can be charged via standard USB adapter. 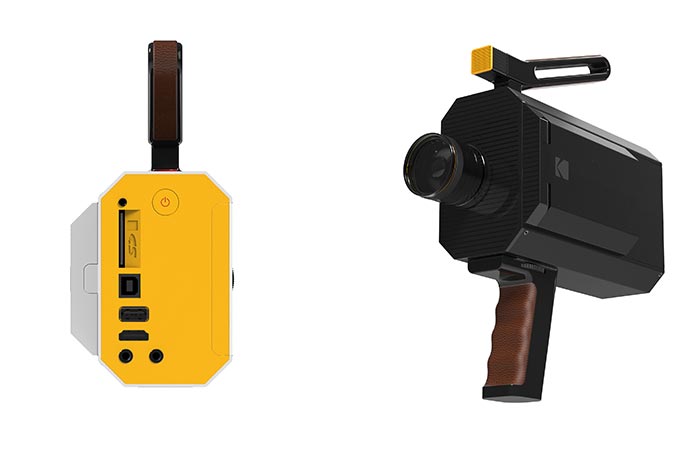 Connectivity options on the back of the camera and a leather handle.

Shooting analogue is easier than it seems. When you buy film, you’ll also get processing and digital transfer. That means once you’re done shooting, you send the films to Kodak, they will develop it and send it back to you. You’ll also get a password for digital scans, so you can retrieve them from the cloud.

Check out this video and hear what Kodak CEO has to say about the new Super 8 Camera.