Have you ever been walking along and just wished that you could materialize some way to commute out of thin air? Well, that has just become a possibility with the Movpak. The Movpak isn’t just a skateboard, or a backpack, but rather a combination of both that is packed full of features.

The Movpak is revolutionary for the urban commuter since it is basically a combination of a backpack, personal transportation, smart luggage and a personal assistant combined into one singular device. As a personal transportation device, the Movpak features an eSkateboard that slips out of the backpack and is controlled by using a small remote that allows you to reach up to 20 mph with a range of 10 miles per charge. The board is constructed out of Kevlar to make it extremely strong. 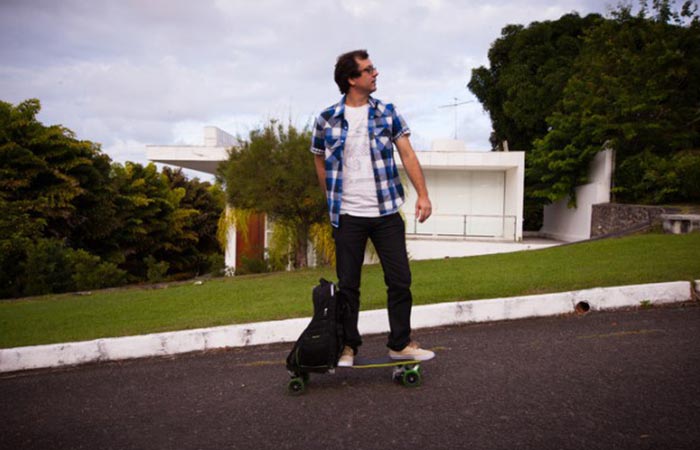 The Movpak can reach speeds of up to 20 miles per hour and has a range of 10 miles per charge.

As a backpack, the Movpak has the ability to exchange different skins and in case you don’t need transport, it can function as a backpack without the eSkateboard. As smart luggage, the Movpak is packed full of features such as an integrated USB port, Bluetooth connectivity, a built in speaker and microphone, wireless charger, external and internal lighting, GPS and theft tracking and many more. Apart from all of its features, the Movpak can charge from flat to full in 2 hours or less. 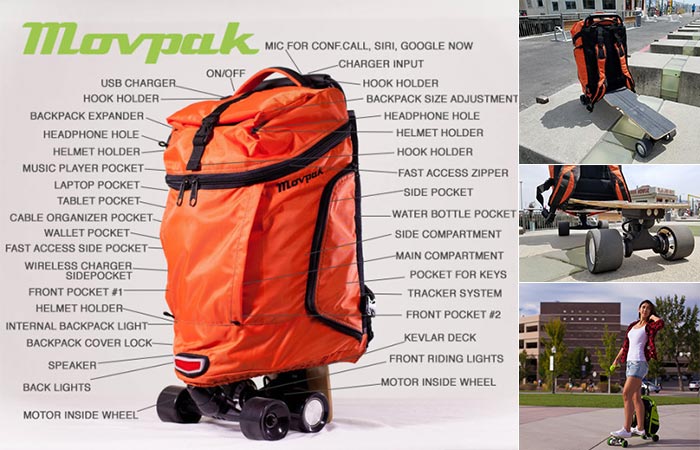 The Movpak is the transport of the future and contains a massive amount of features.

As a personal assistant, the Movpak is both Siri and Google Now integrated which means that you can speak to the Movpak to get directions, play music, make calls and other voice activated commands.

The Movpak is currently being funded on Indiegogo so if you’d like to get your own Movpak at a discounted price, you’d better order now. Check out video below.