No one expected that Motul, an oil and lubricant manufacturer, will be able to create a powerful custom-made motorcycle. With the help from Luca Pozzato of Officine GP Design, they managed to produce Onirika 2853. The bike was first presented at the 2016 Verona Motor Bike Expo and it’s fair to say that it was a complete success.

This bike made by Motul was built around the MV Agusta Brutale 800, and its creator, Luca Pozzato decided to keep the original 798cc three-cylinder engine intact. Besides the engine, Luca left the original frame and the swingarm, everything else is completely new. Motul was founded in 1853 and the name “Onirika 2853” is a witty way to let people know that they’re going to last at least one millennium. 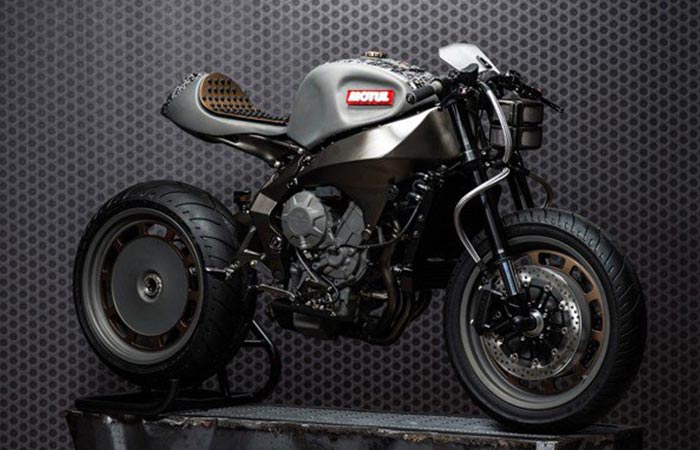 This bike was built around the MV Agusta Brutale 800. 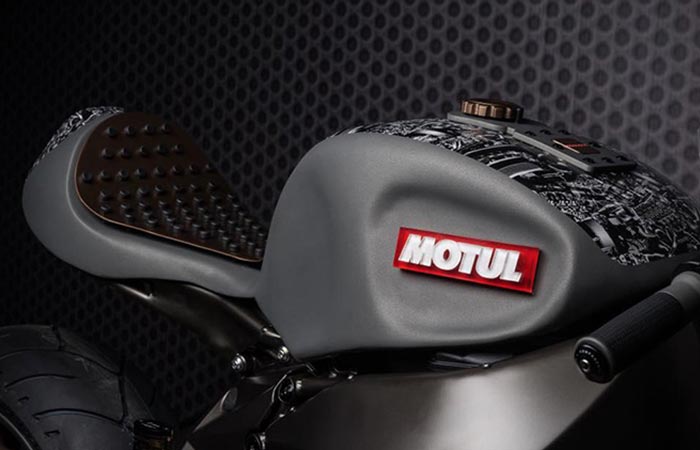 Pizzolato, the creator of  this bike kept the original 798cc engine.

This name could be a subtle hint that Motul is also interested in technical development and building motorcycles, besides producing motor oils and lubricants. Pozzato transformed the original MV Agusta Brutale 800 into a rugged, cold and industrial-looking motorcycle. This bike is completely covered with iron, metal and bronze. Even the seat is made of bronze and covered with rivets which may be a little bit uncomfortable, but you can’t argue that mighty look. 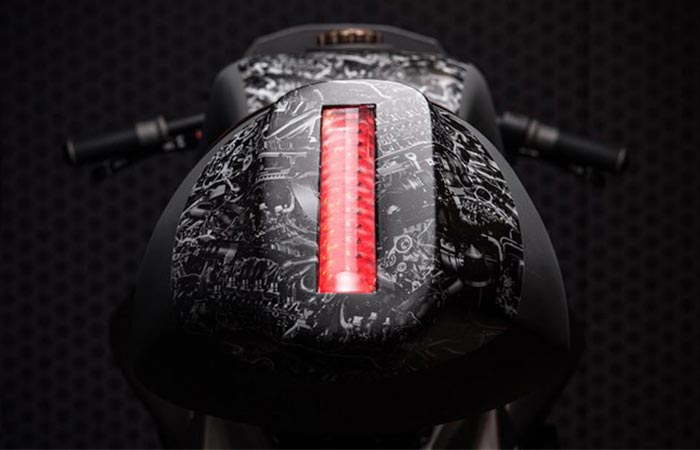 The top side of the tank and the tail are covered with urban, black and white design.

The fuel tank and tail are painted with some urban black and white art design that simply fits the whole thing perfectly. Basically, the only thing that stands out from the rugged, simple and dark design is the red “Motul” logo located on the side of the fuel tank. Pozzato also replaced the original round headlight with two box-like headlights. 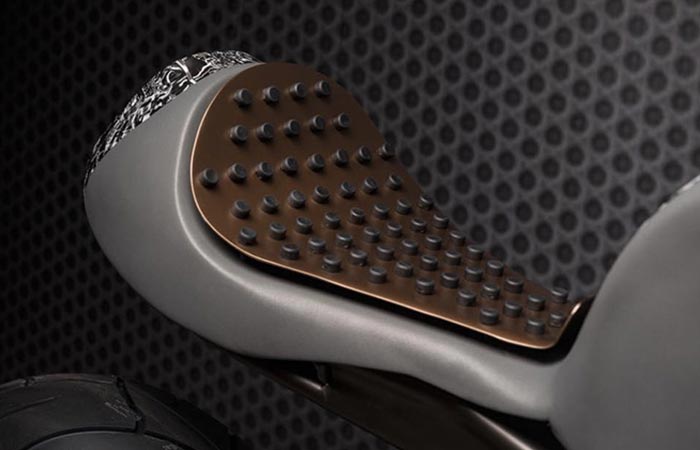 The seat is also made of bronze and it is covered with rivets in order to look more industrial.

People from Motul have a noble plan to put this Onirika 2853 Concept up for auction in order to raise money for Motul Corazón, an organization that has the goal to help unprivileged children. This is a real classy move from Motul. 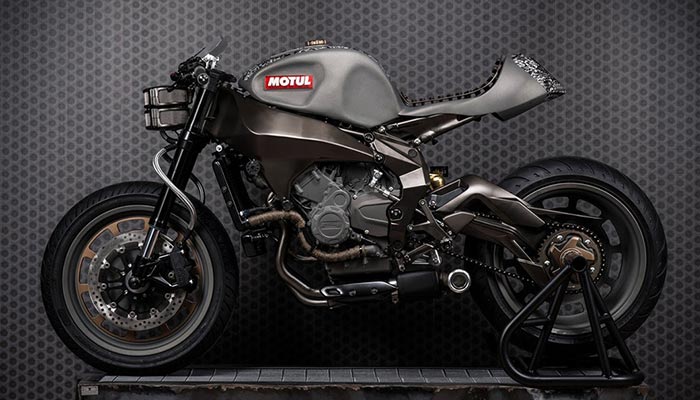 The bike was first shown at the 2016 Verona Motor Bike Expo.