Would you like to have a 450-million-year-old organism living in your bathroom? We presume that your initial response would be: “No way!” What if we told you that this organism is actually beneficial for you and that it feels good? Did we arouse your curiosity? If you are in mood for a naturalistic and very unconventional bath / shower mat, then this one tops them all. It’s Moss Bathroom Mat, designed by Swiss designer Nguyen La Chanh from Nection Design. Yes, this mat is made out of moss and we’ll explain in a minute why it is a good thing to have one in your bathroom.

The designer says that “the idea (for the mat) was to find a new way of having your plants inside”. Mission accomplished, we would say. The base of the Moss Bathroom Mat is made from waterproof foam plastazote, on top of which a total of 70 pieces of moss, measuring 2.4 inches each, are implanted. As you step out of the shower, the moss gets watered which is essential for keeping it fresh and alive. 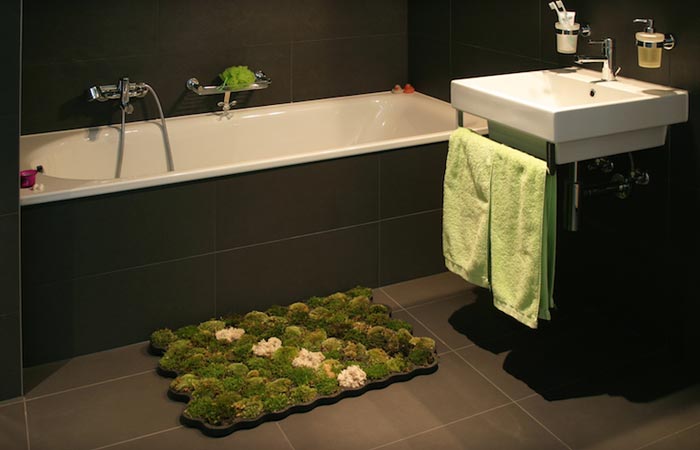 Moss gets its moisture and nutrition from the air around. They thrive on damp air which makes bathroom the perfect place for the moss shower mat. Not only that, moss is known for collecting harmful particles like smoke and bacteria and absorbing them. So, it not only purifies the air, but it also eliminates toxins from it. Also, walking on moss with your bare feet feels even more enjoyable than walking on grass and this bathroom mat will definitely keep your floor dry.

Designer Nguyen La Chanh is currently looking for financial backers to launch mass production of the moss bathroom mat. We are hoping it is going to retail for under £220 which is how much it cost her to make the prototype. [via] 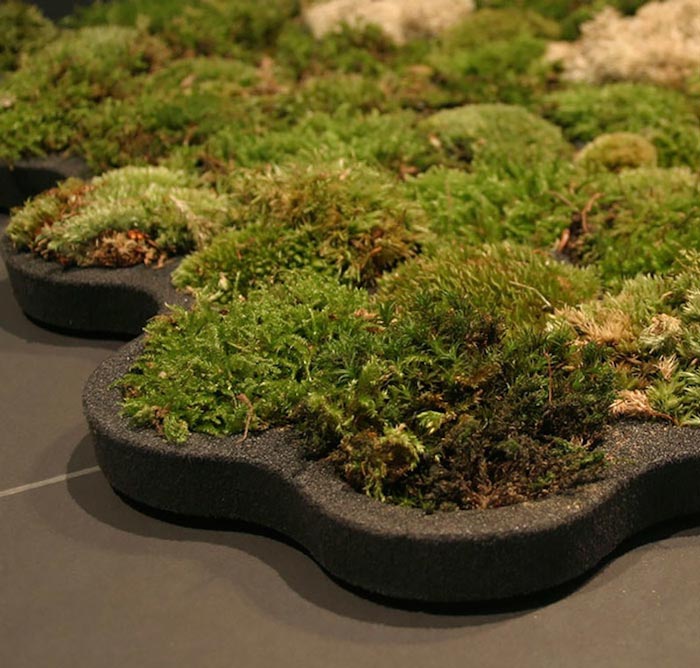