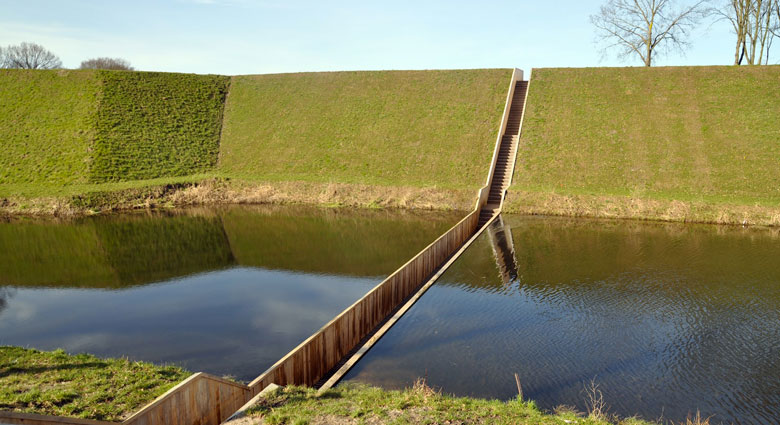 Aptly named the Moses Bridge, this sunken bridge designed by Ro & AD Architects from the Netherlands, has in fact parted waters. The bridge is in the Netherlands and it is the most practical and fun way of accessing the stunning 17th century fortress.

The moat was intended to provide additional protection for the Fort de Roovere from foreign invasion, notably from the French and the Spanish.

The idea of creating a moat around the fort that is deep enough to prevent walking over it, but shallow enough to prevent ships from crossing worked perfectly at the time. However, the time has come to let the visitors in, and this way might just be the best. 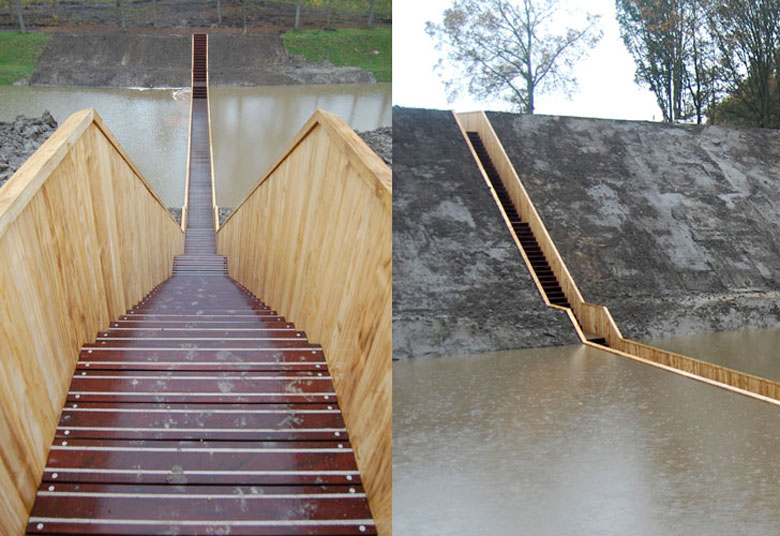 Due to the fact that the Moses bridge is actually sunken into the water, it is invisible from afar, and only becomes noticeable when you approach it. To accommodate such effect the designers chose to sink the bridge not only in water, but also in the earth on both moat banks.

The walls of the bridge are made from Accsys Technologies sustainable Accoya wood that has been modified using a nontoxic process in order to prevent fungal decay of the water to influence the construction. The decking of the bridge, as well as the stairs, have been made of hardwood.

A brilliant idea that prevented this historically important area from being severely changed, but also brought a new quality to the fort. The materials used reflect this idea as well, since use of more modern looking materials would have changed the appearance of the area. Accessing a fort has never been more fun. watch video below 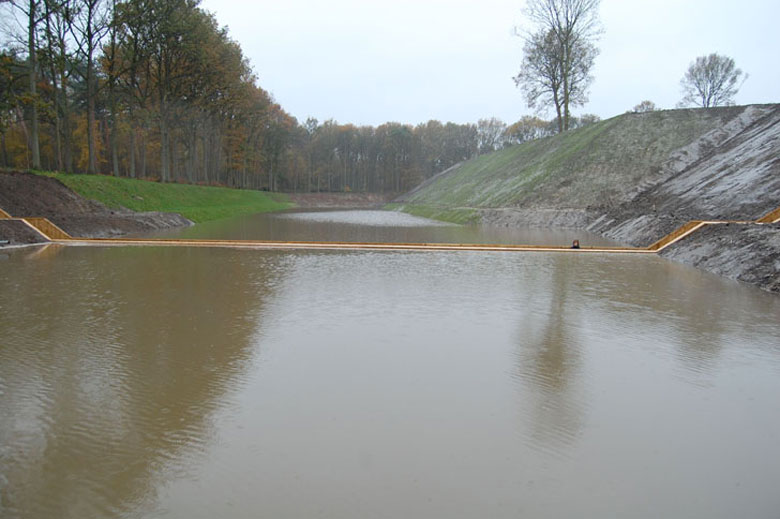 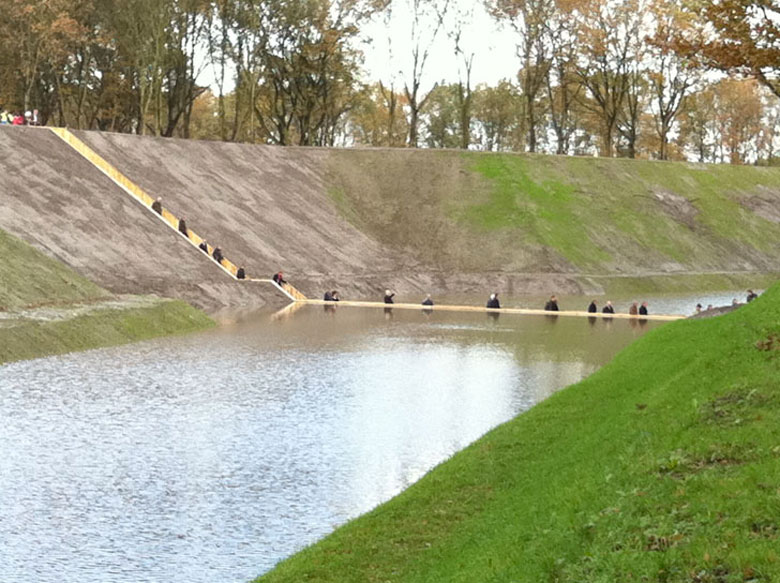 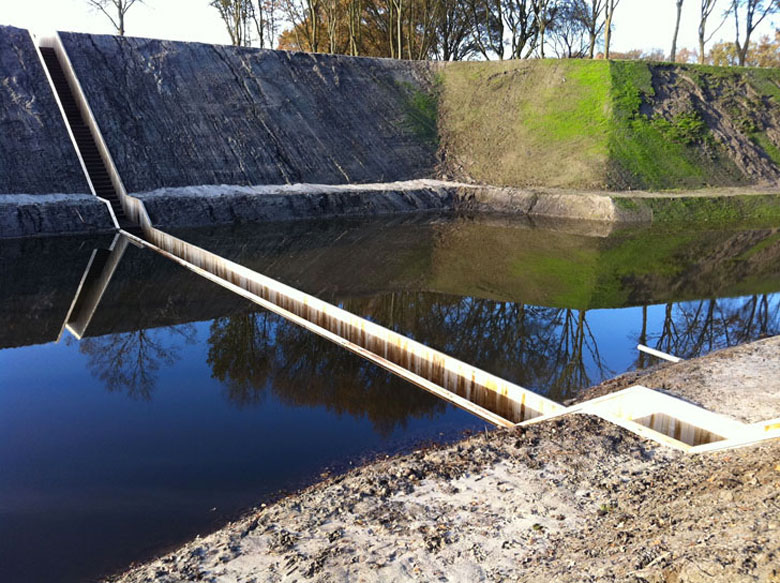 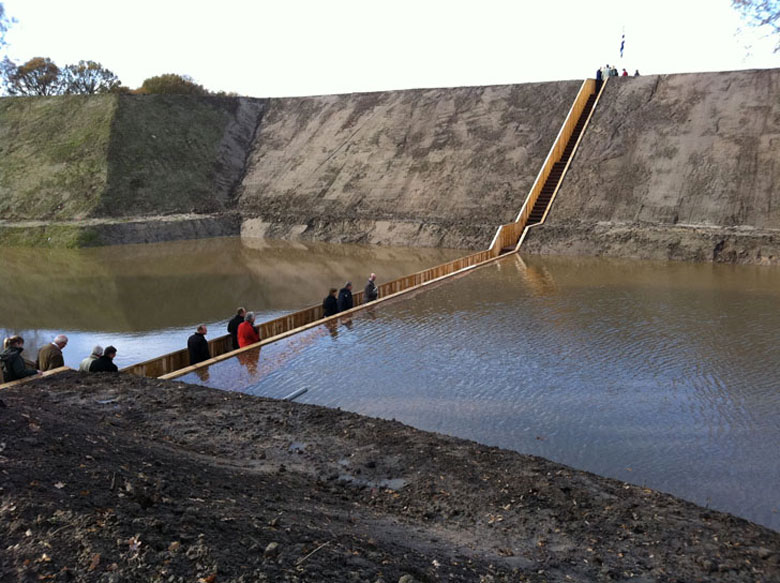 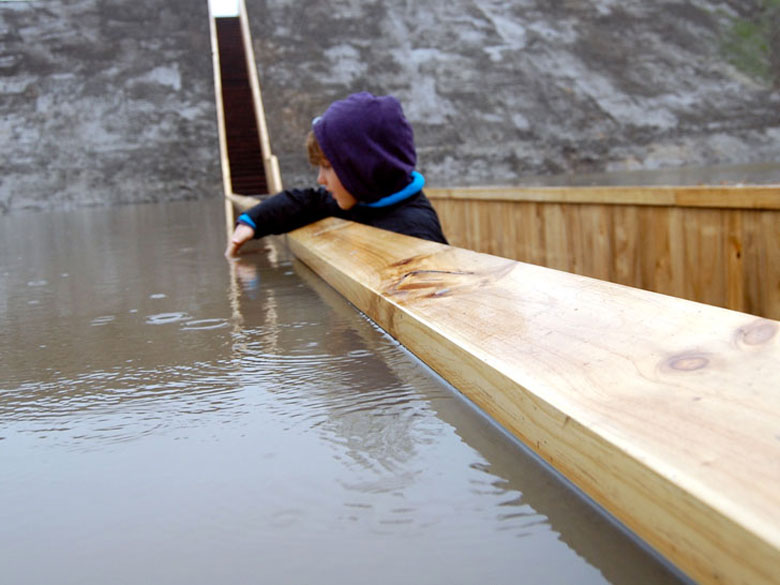 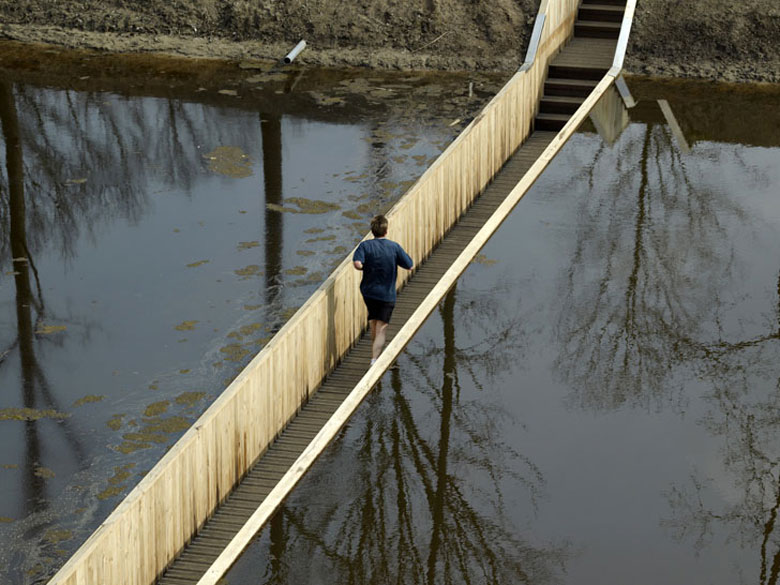