The British car maker Morgan introduced an electric three-wheeler at the 2016 Geneva Motor Show. Morgan EV3 Electric Car is the first electric vehicle built by this company, it weight less than 1102 lb and has a range of 150 miles.

This car can develop the speed of 62mph in less than 9 seconds and reach the top speed of 90mph. It uses a 46 kW electric motor attached to the rear wheel and a 20KWh Lithium Battery. Morgan EV3 Electric Car is lightweight not only because it has one wheel less but also thanks to the carbon-fiber body panels. 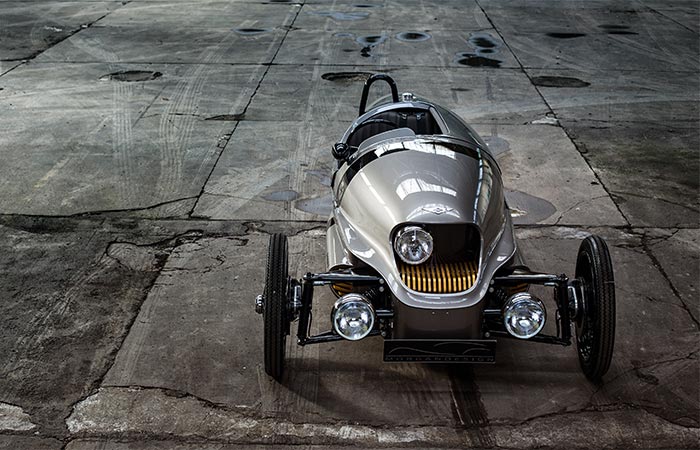 The carbon bonnet, tonneau cover, side pods and aluminium panels are hand worked around an ash wood frame. That’s not a surprise because Morgan in well known for incorporating wooden frames into some of their models. 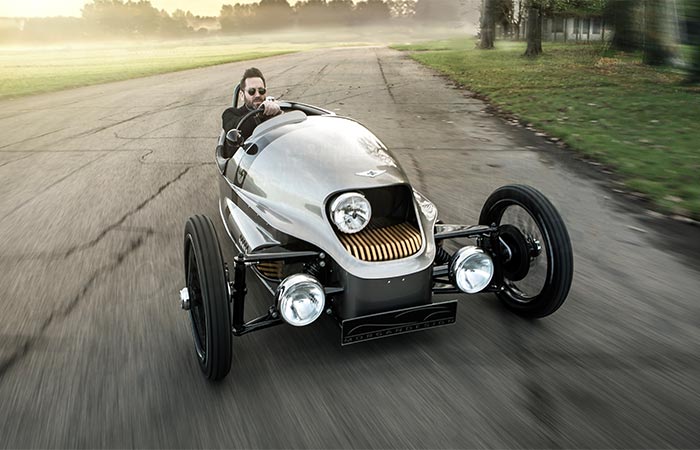 This Morgan electric car can reach the top speed of 90mph and has a range of 150 miles. 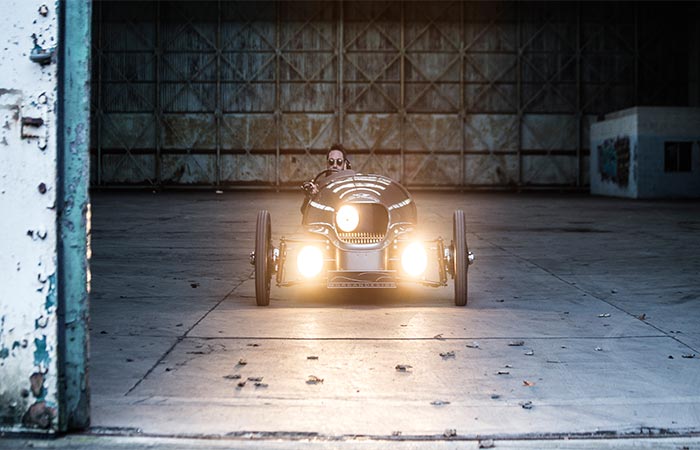 Currently, Morgan EV3 Electric Car is in the pre-production phase and will go into production in the fourth quarter of 2016. They plan to create 10 EV3 cars for now that are going to be sold in the U.K. and The Netherlands. As for the price, it will be similar to their petrol 3 Wheeler that starts from $44,200. [via] 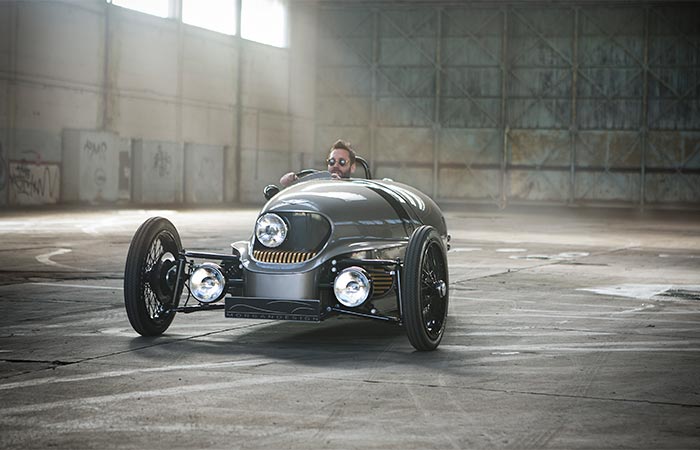 The look was inspired by the 1930’s aero-engine race cars, classic motorcycles and 1950’s fantasy automatons. 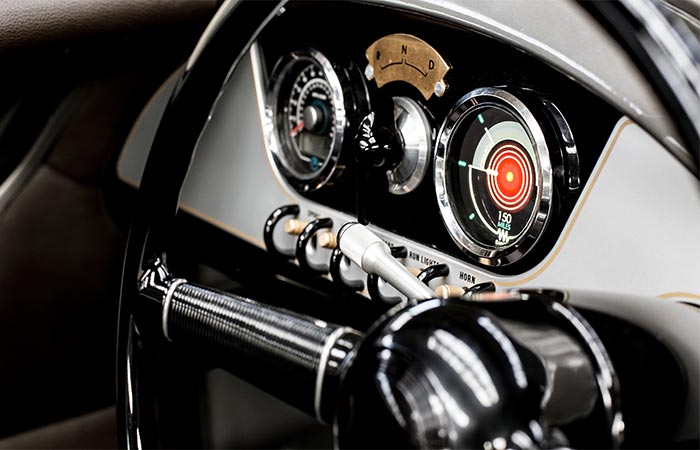