Continuing with perfect retreats, we present you the Moonlight Cabin, a small getaway located on the coast of the Australian state of Victoria. The cabin is designed for a couple with two kids by Melbourne-based architects Jackson Clements Burrows.

With just 60m2 this cabin will minimize energy use and maximize the space. “The cabin is an escape from the intensity of an urban environment, but in a landscape of familiarity for a parent who sees the land as an important historical connection”, the architects explained. 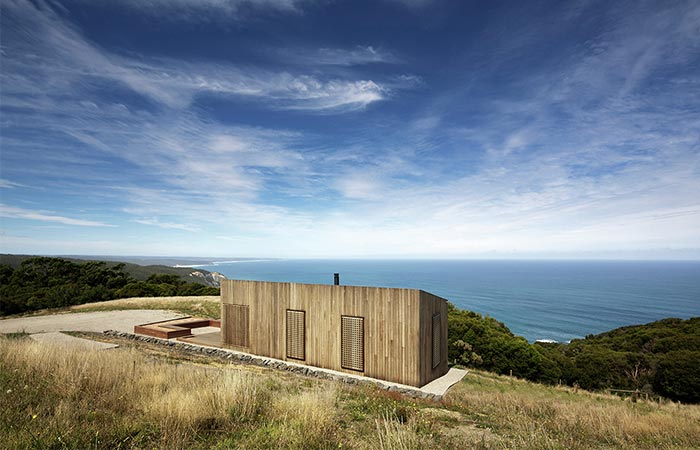 Moonlight Cabin is located on the coast of the Victorian state of Australia. 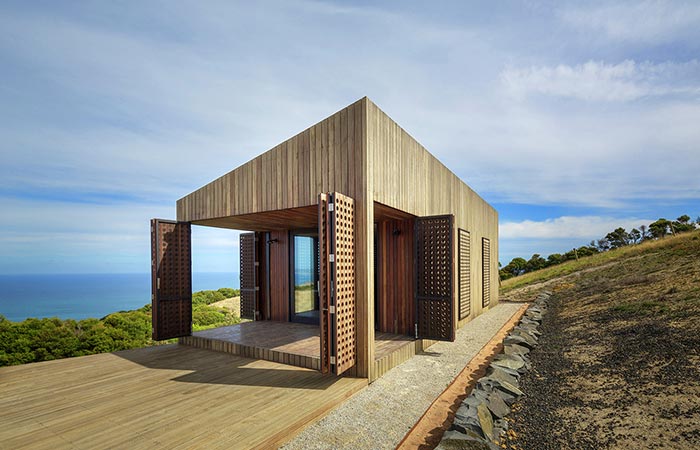 This cabin has 60m2 and is made for a couple with two kids. 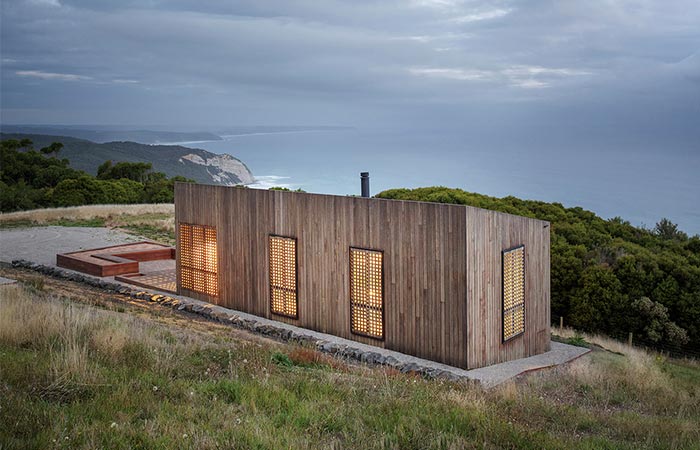 Moonlight Cabin features a rainwater collection system and is connected to the electrical grid. It’s covered in sustainable local timber so when it ages it will slowly turn to a nice gray color. Since the climate is pretty harsh at that location, there are shutters that can be closed or opened depending on the weather. They provide the ventilation and protection of the cabin, sort of like a Gore-Tex jacket. 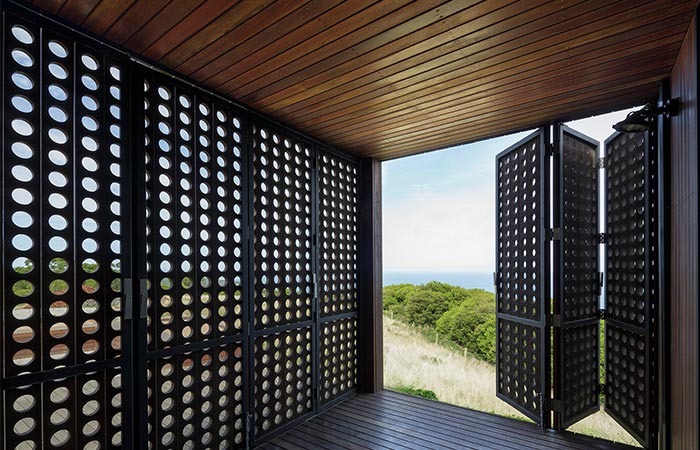 The cabin features shutters that can be closed or opened depending on the weather. 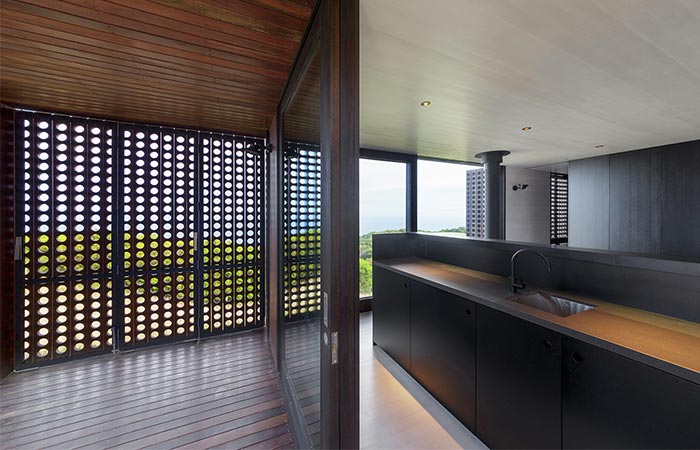 Inside the cabin, there’s a one volume kitchen, a bathroom and two bedrooms at the center of it. The bedrooms can be closed with a sliding door and just like that it can be separated from the rest of the living area. To maintain the cost-effective home, the interior uses local Victorian ash wood. The plan for the future is to build another, bigger house on the same site and to turn this one into a guest house. (images by Jeremy Weihrauch-Gollings Studio) 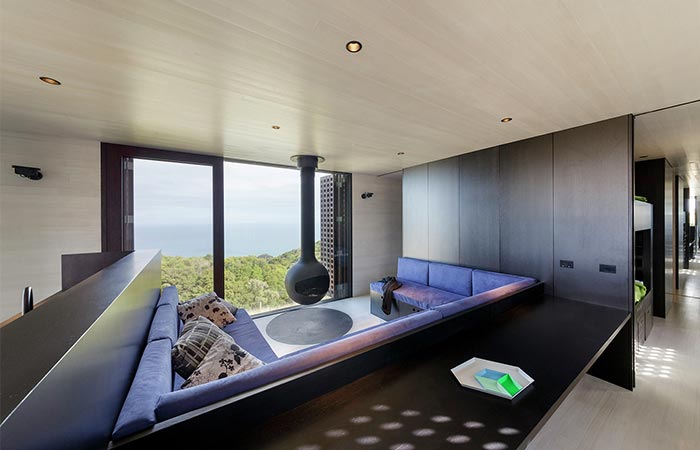 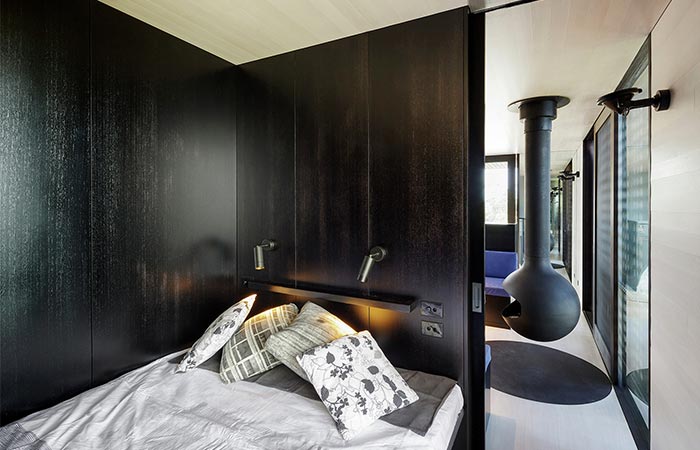 The bedrooms are at the center of the cabin and can be closed with a slide door. 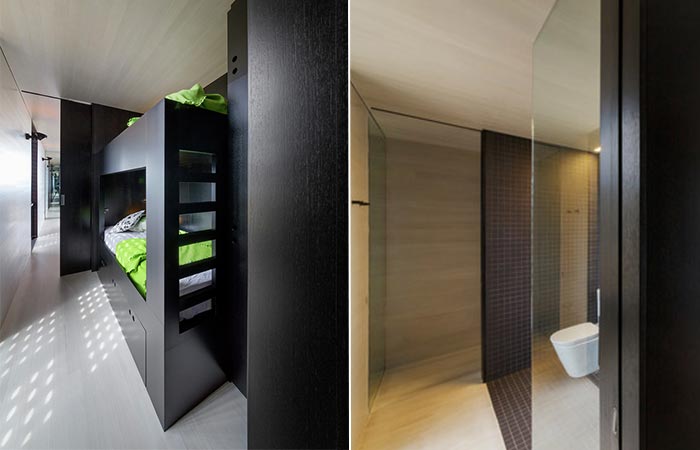 The bedroom for kids has bunk beds.