We all know how popular hockey is in Canada. Molson Canadian did something you don’t see often. As part of the 2016 #anythingforhockey campaign, they decided to put a custom-built ice rink on top of a 32 storey building located in Toronto.

The rink is suitable for smaller, three-on-three games. The size is approximately half the size of a regular NHL rink. “We wanted to do something that has never been done before. We want to push the limits with hockey.” said Brock Hendricks, the U.S. associate brand manager for Molson Canadian. [via] 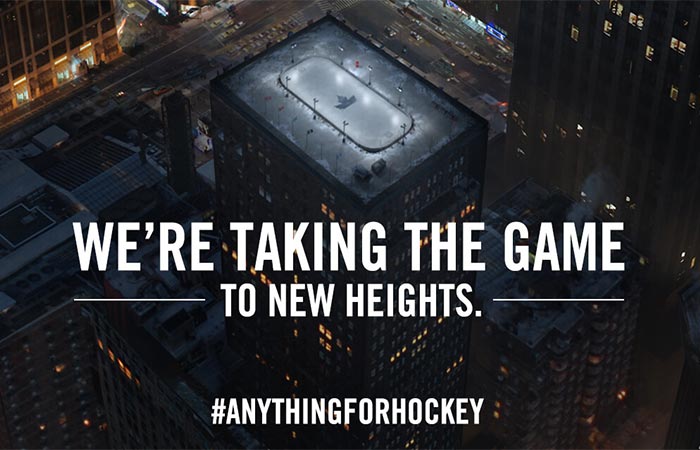 Molson Canadian built an ice rink on top of a 32 storey building.

Fans got a chance to play on the rooftop rink. They entered a contest by telling their story about what they do for hockey and posted it on Facebook, Instagram or Twitter using #AnythingForHockey. There were over 3,000 entries and four Canadians were selected as winners as well as 20 contest winners from the US. The contest is still alive so more people can get a chance to skate on the rink. 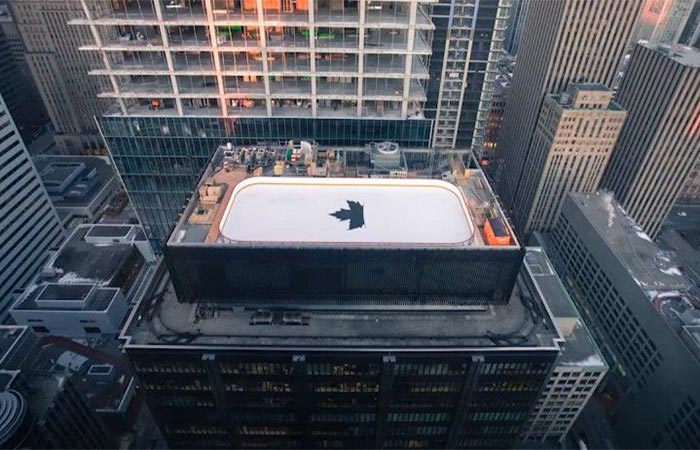 The ice rink is a part of their #AnythingForHockey campaign.

Check out this promo video for the campaign.

See the time-lapse of construction of the ice rink.