The market of electric powered vehicles is booming and even Ford is getting thoroughly involved. Their latest prototype was recently revealed under the name MoDe:Flex and it was designed with a multi-modal approach in mind. This means that you can combine this mode of transportation with other ones, such as cars or trains. Because of this approach MoDe:Flex is capable of being separated into two pieces for easy storage in the trunk of your car. However, this is not a fully electric bike, it is an electric-assisted one. You will still have to pedal, but it does have an integrated electric motor and battery. 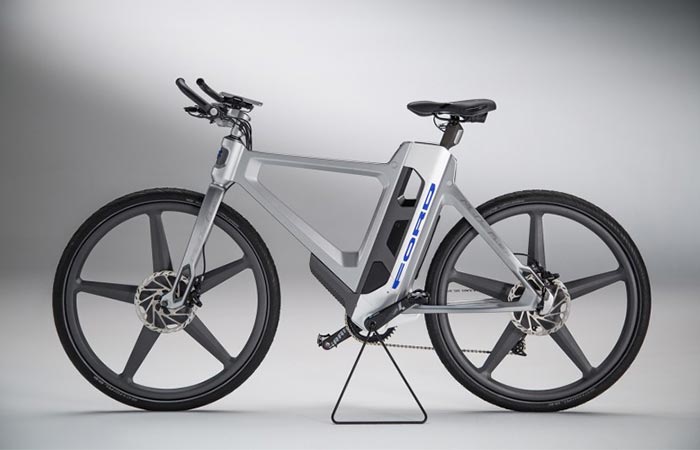 The MoDe:Flex eBike is advertised as a multi-modal means of transportation

Ford shared very little information about the performance specs and the drive-train of the MoDe:Flex, actually, they’ve shared nothing at all, but it’s speculated that it will be similar to that of the MoDe: Pro concept. This concept bicycle has a 200 watt motor and 9 amp hour batteries, with a top pedal-aided speed of 16 mph, so let’s hope that the MoDe:Flex doesn’t fall behind this model. 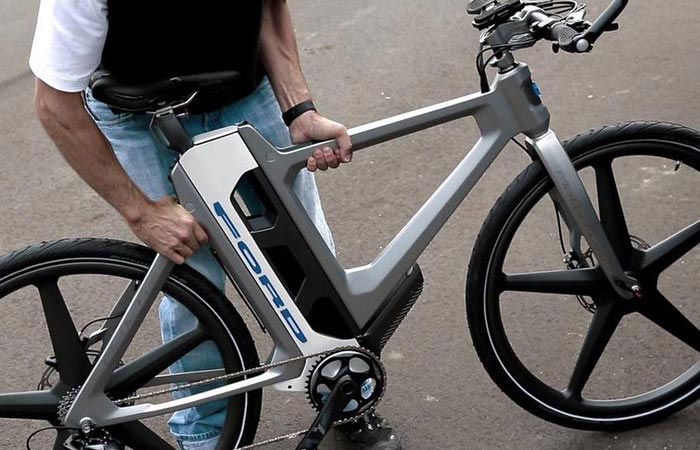 THe MoDe:Flex eBike is easily separated in two pieces

More interesting than the drive-train are the smart features of this bicycle. By using the Mode:Link smartphone app you will be able to monitor congestion, weather, parking costs and your fitness level so you can plan your commutes better. Ford is even working on a smartwatch app which will bring out the smart features of the bike even further. This bike was also equipped with vibrating handlebars which have the ability of notifying you of overtaking cars and other possible dangers. 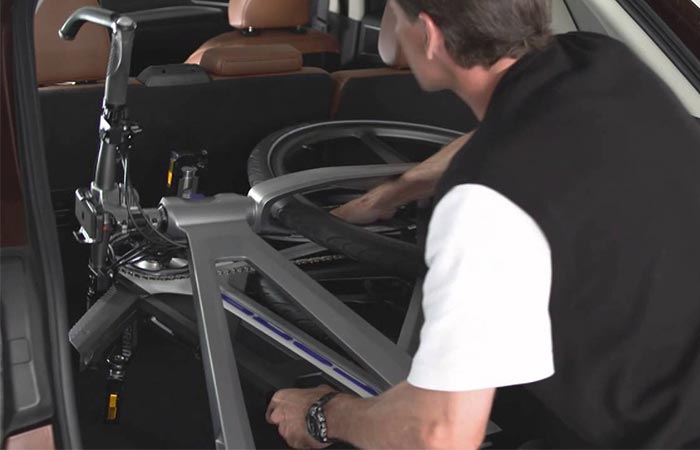 After separating it, you can easily store the MoDe:Flex eBike into your car or wherever you want

As this is a concept bicycle, we can’t be sure that these features will be present in the final version or that it will hit the production line for that matter. However, it’s a very good thing that large companies are looking into designing new modes of transportation which are better for the environment and which relieve traffic at least a little. [via]

Check out a short video about MoDe:Flex.