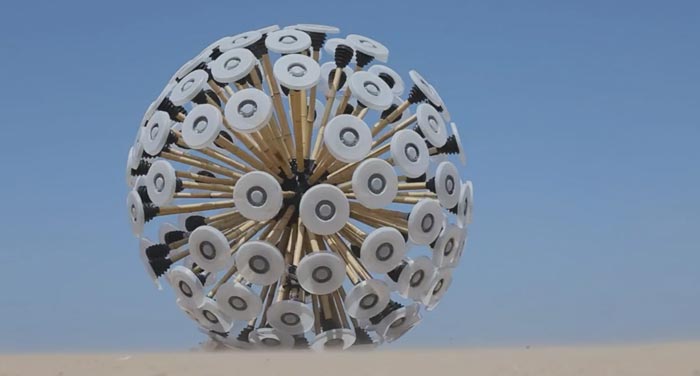 We rarely feature products that are literally life-saving, and usually refrain from giving you gruesome statistics, but here is something that very few people are aware of. Did you know that there are 110 million active landmines in 70 countries all over the world (one landmine for every 17 children or 52 adults in the world)?

Did you know that, every month, 2,000 people are involved in landmine accidents? Did you know that close to 800 of them will die from landmine-related injuries and 1,200 will be maimed? So, when we stumbled across Mine Kafon, we felt compelled to write about it since this could just be the perfect solution for landmine detonation. 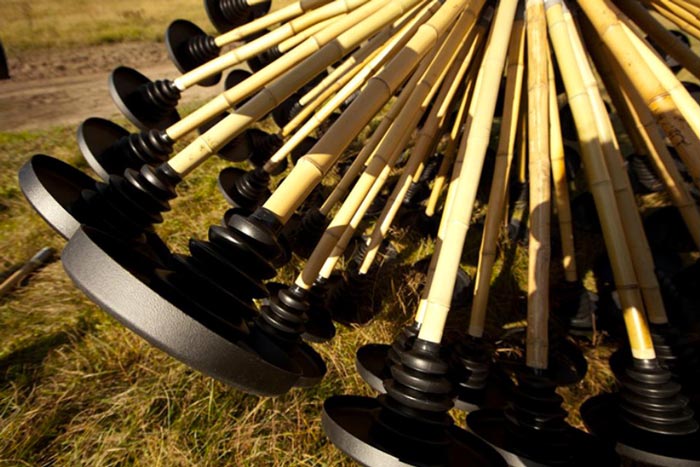 Afghanistan is thought to have 10 million unexploded landmines (a conservative estimate), and this fact alone was enough for an Afghan designer Massoud Hassani to invent a device that would be a low-cost, incredibly simple solution for landmine clearance. And Mine Kafon was born! This tumbleweed-like mobile minefield sweeper is made from bamboo and biodegradable plastic, and uses the power of wind to roll across the ground, imitating the footsteps of a human being. It has a GPS chip and one can follow the device’s trajectory via a website.

Since Mine Kafon loses only one or two legs with each detonation, it could possibly destroy three or four landmines in one go. The device’s core is an iron casing, weighing at 17 kg, its total weight is just over 80 kg, and its height is that of an average man. 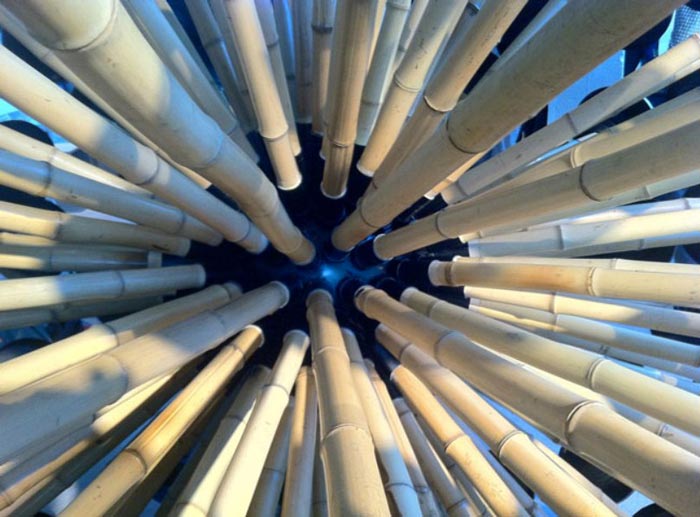 Considering that a professional removal of one landmine costs close to $1,200 and that Mine Kafon will cost between $40 and $60 to produce, the device starts to make even more sense. The Dutch government spent two years testing this mine diffuser, with the latest strength test of a Mine Kafon mock-up carried out in the desert near Morocco.

Mine Kafon is Massoud Hassani’s graduation project. He graduated from the Design Academy in Eindhoven in 2011, and now runs a design studio with his brother Mahmud in Eindhoven, the Netherlands. watch video below 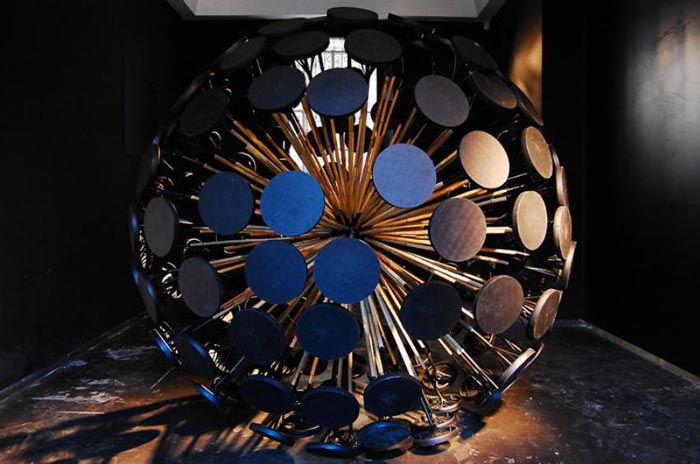 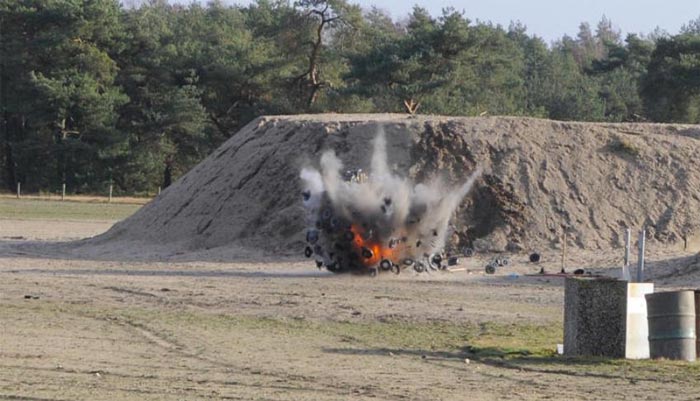 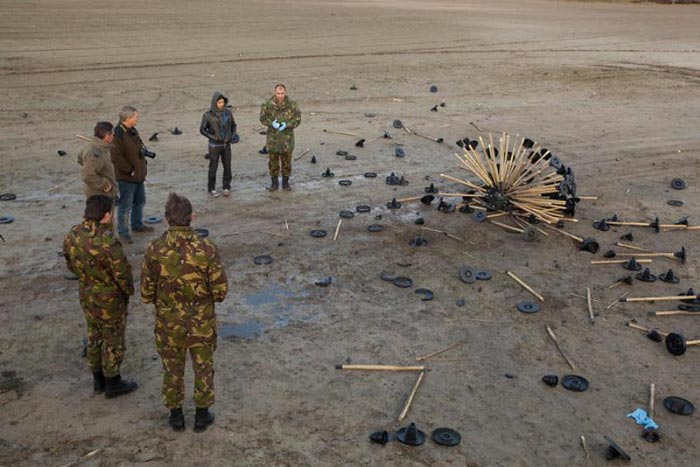 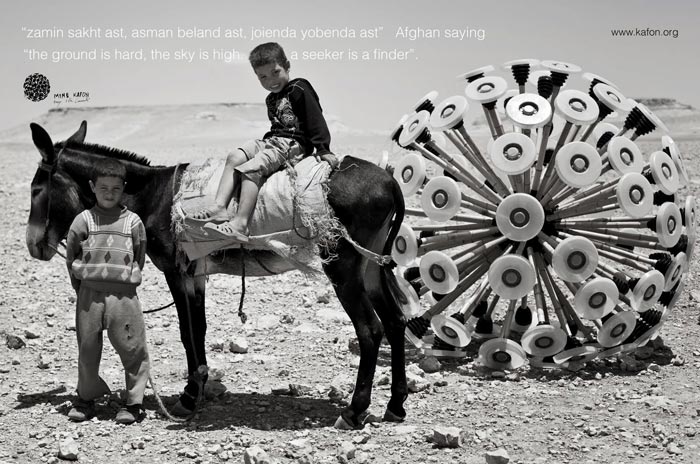