The real world can sometimes be painfully dull, terribly depressing and far more taxing than one can take. Well, this piece of tech news for lovers of advanced gadgetry may help brighten up the day: with Microsoft’s new HoloLens, your reality will take on a whole new dimension – and an über-cool one too, because this smart standalone device is built to turn your favorite computing experience into a hologram-enriched augmented reality. Sounds incredible? It’s still very much true, and we have all the vital info about this holographic AR headset you may ever need right here, so keep reading. 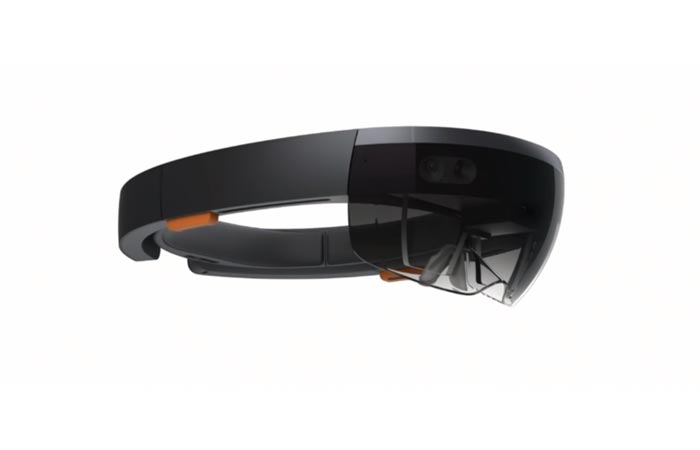 After years of designing and engineering efforts flown on the wings of their belief that holograms are the future of computing, Microsoft has recently rolled out its first HoloLens headset to go with the new Windows 10 platform which was previously announced as boasting holographic support. Dubbed as the “most advanced holographic computer the world has ever seen,” HoloLens is fitted with a pair of transparent holographic lenses that project compelling holograms powered by a purpose-built holographic processor and unspecified CPU and GPU. 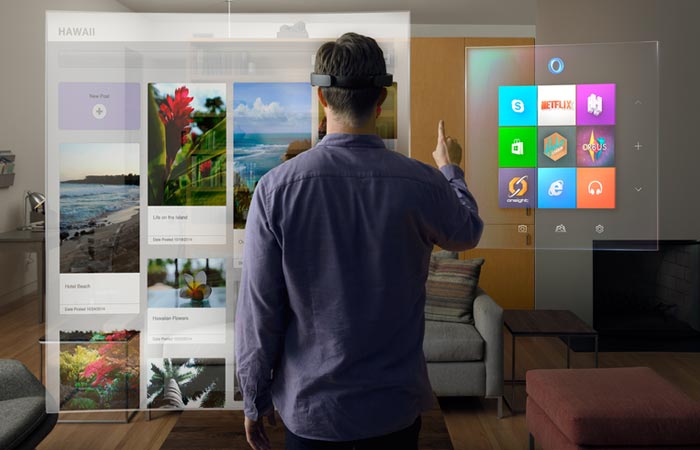 Capable of functioning independently of other electronic devices (smartphones, consoles and PCs included), the wireless HoloLens comes with a depth camera with an immersive field of vision that spans 120 x 120 degrees, and there is a range of advanced sensors onboard that have been modeled much like the well-known Kinect. But that’s not all still: all of this techie goodness is topped by all the audio essentials to produce spatial sounds, adding a superior auditory dimension to your AR experience (for you in the cheaper seats, this means you can also hear your holograms as though they were 100% real). Thanks to its self-contained design, HoloLens operates based only on voice controls and motion sensing and having in mind all the complex technology it integrates, it’s still relatively small and lightweight – and best of all, it can be adjusted to fit any head size (adults only). 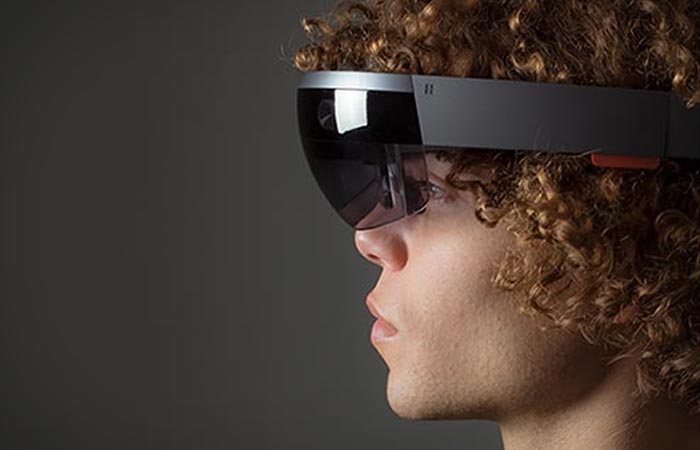 As HoloLens does not require any cords or wires to function, you can wear it when you’re walking around your room during your mixed-reality experience and the projected high-resolution 3D objects will still be at the same spot instead as you pace instead of shifting their position as you move. You can approach your hologram and inspect the fine details of the projected illusion from every angle, a feature that will certainly be a real treat for avid gamers. Microsoft’s new AR headset can also come in handy when communicating with your loved ones worldwide via Skype or when watching live TV from any spot in your home, but the scope of its application will also prove beneficial for other more ‘serious’ purposes like remote training. 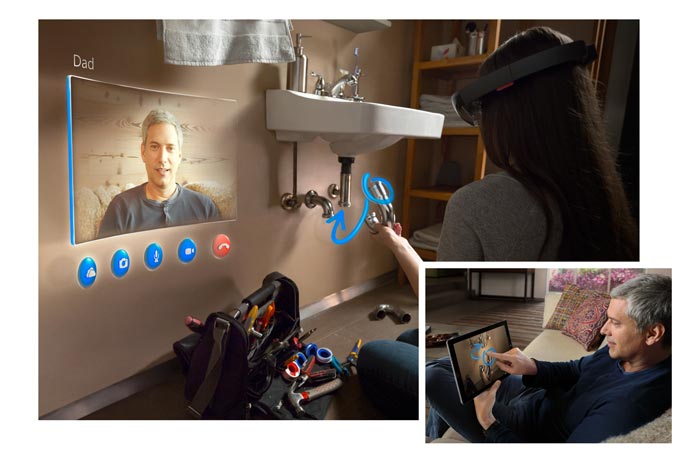 Although it called on developers to create their own applications for the holographic AR headset, Microsoft has also come up with its proprietary HoloLens application dubbed Holo Studio that allows the user to create custom holograms via a Windows 10 interface. Fun and simple to use, Holo Studio allows you to design and conjure your holographic creations by means of eye navigation, AirTap feature, mouse movements and some voice commands like ‘enable rotation’ and ‘copy content’ for added creative simplicity. 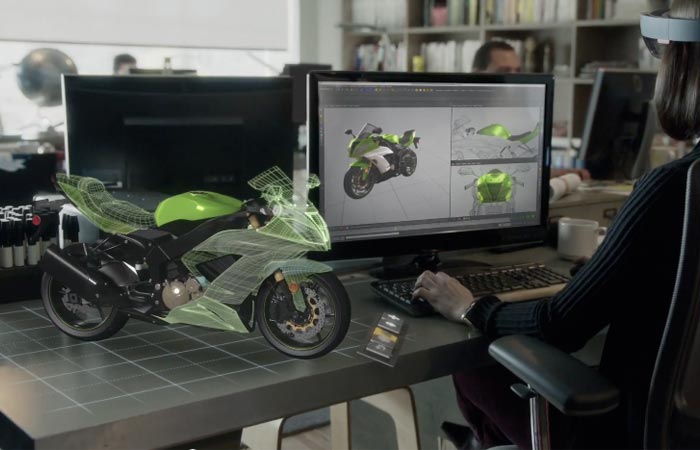 Once you’re done designing your holographic masterpiece, you can project it onto your environment or print it out in 3D – as easy as ABC. All you need to do is strap on your new holographic AR headset and take in the all the immersive realities you dare to create or tap into – you’ll just have to wait for the first deliveries to start shipping, and the expected date when HoloLens would become widely available has been pegged to the Windows 10 timeframe. Don’t let the real world stop you from having fun – with HoloLens, your personal reality will be anything but dull. watch video below 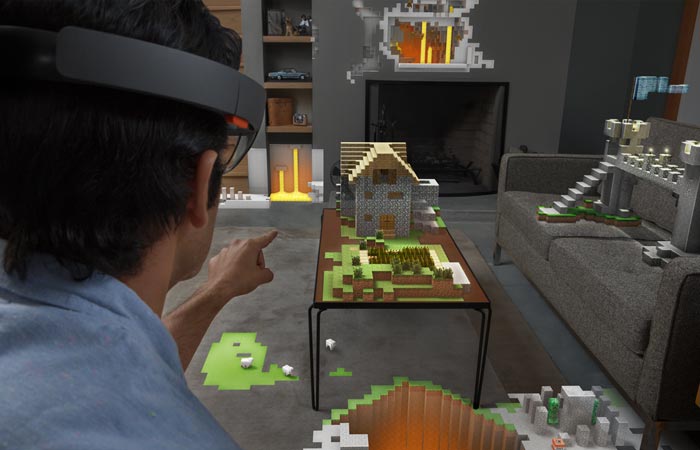 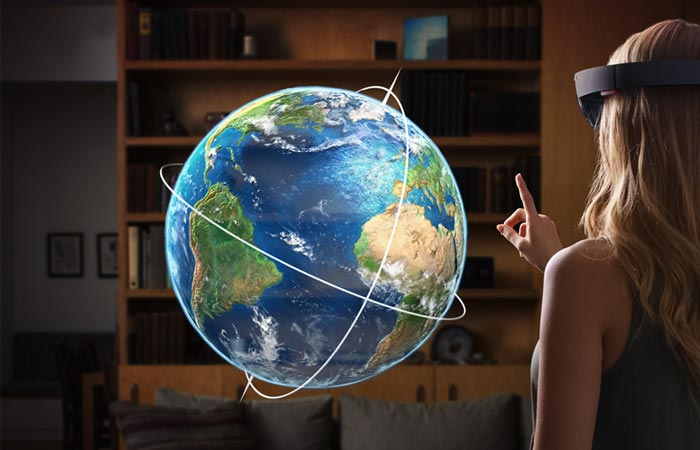