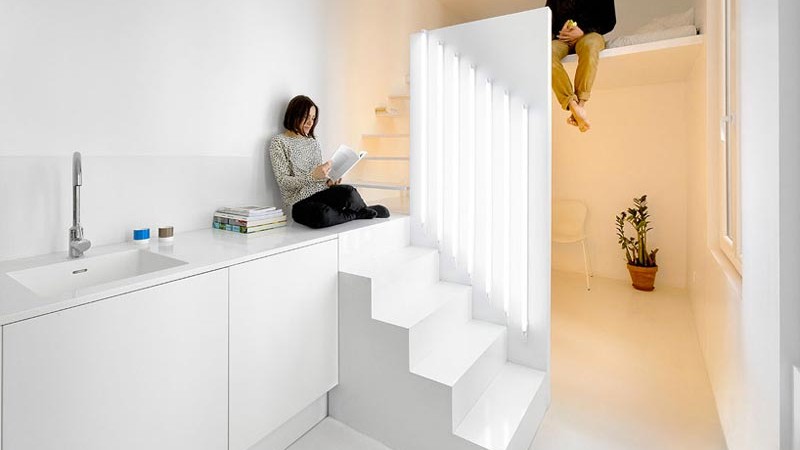 Studio apartments are usually very small and there is not enough room for any special interior design features, but having a problem of insufficient natural light further increases the amount of difficulty when it comes to organizing such a space.

Architects Nicolas Dorval-Bory and Raphaël Bétillon, from the architectural studio BETILLON/DORVAL-BORY, accompanied by interns Federica Sedda and José Rocha Gonçalves, were faced with such a challenge in this micro Parisian studio apartment.

Having just about 200 square feet to work with and not nearly enough natural light, they decided to use artificial illumination as a source of light as well as a feature of décor. The whole idea is based on a relationship between different light qualities using binary sources of artificial illumination. With this, they managed to add depth and complexity, as well as clearly divide living and sleeping areas. 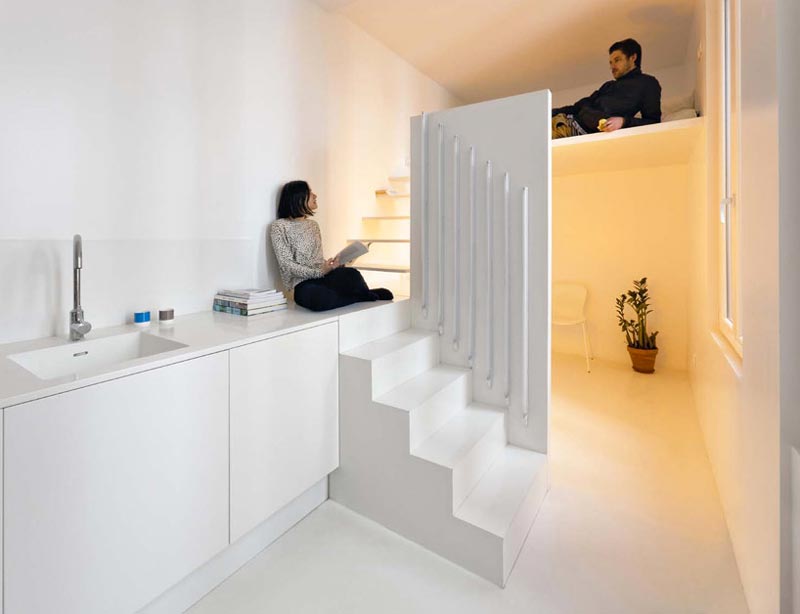 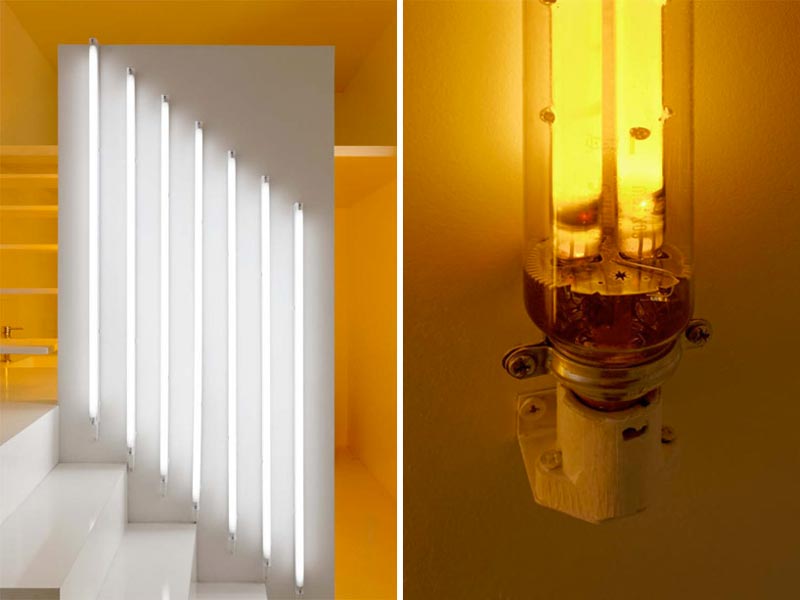 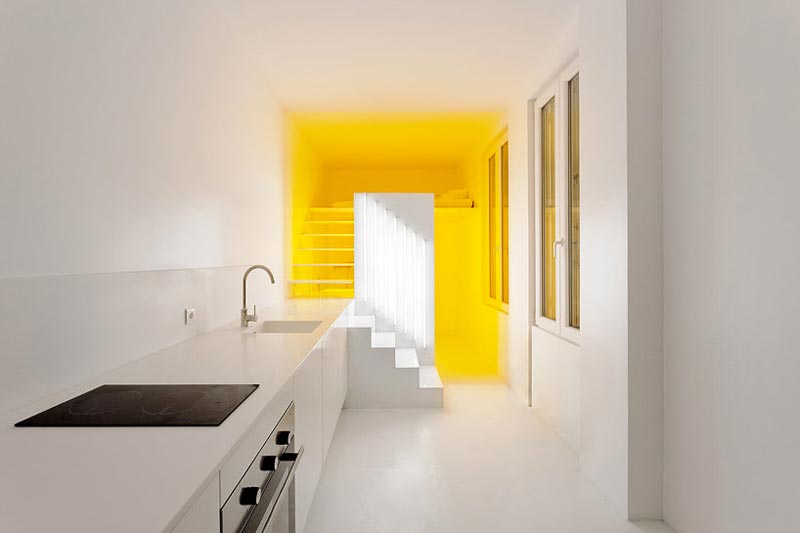 There is just one wall introduced, dividing the two areas, but more than that, serving as a backdrop for two different types of light used.

The sleeping area is flooded with light from low pressure sodium lamps which produce that orange shade in the cities at night. These have very low CRI (color rendering index) meaning that the light they produce is monochromatic so it cannot render any other color. This was used for bedroom area and the shower since those do not require having clear distinction between colors, while the living area is illuminated by fluorescent tubes which boast the highest levels of CRI rendering colors to the fullest which is often needed in the kitchen and the living room. 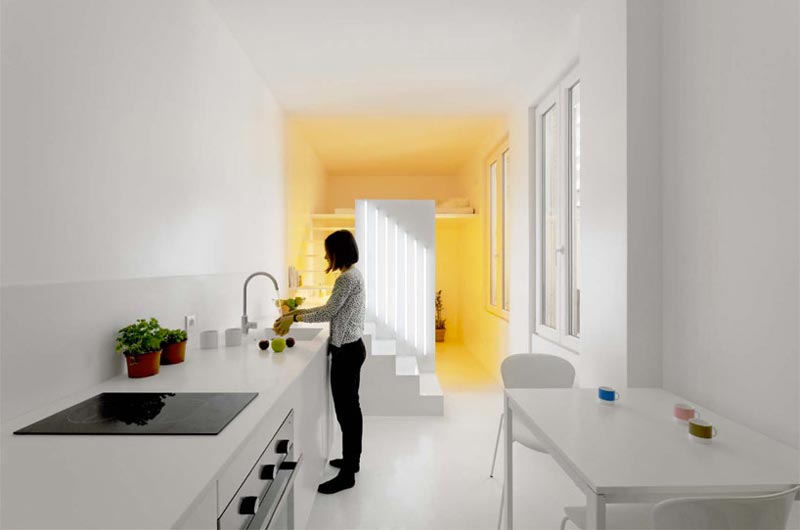 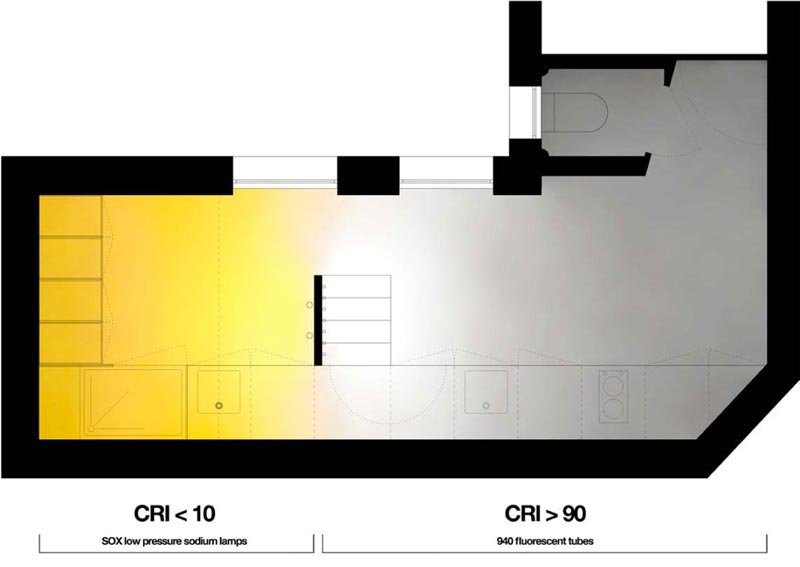 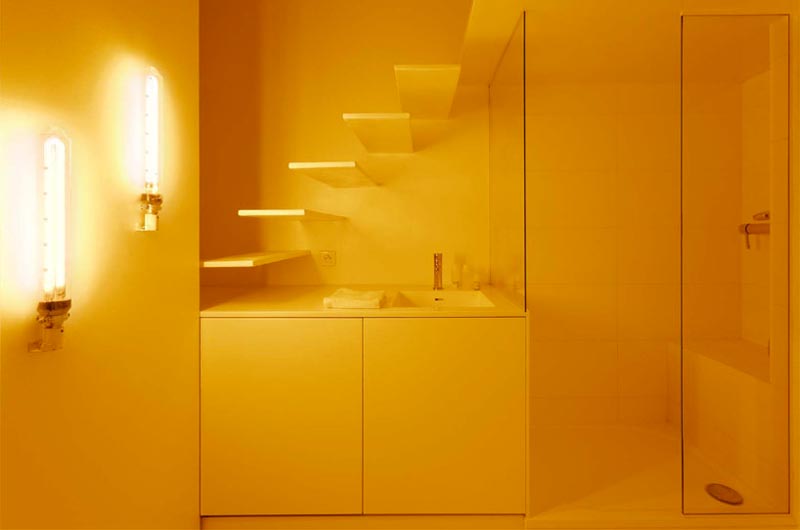 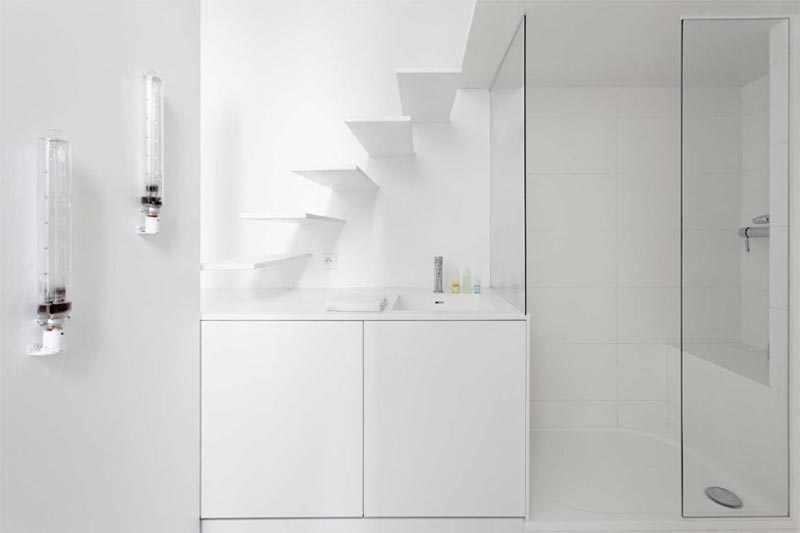 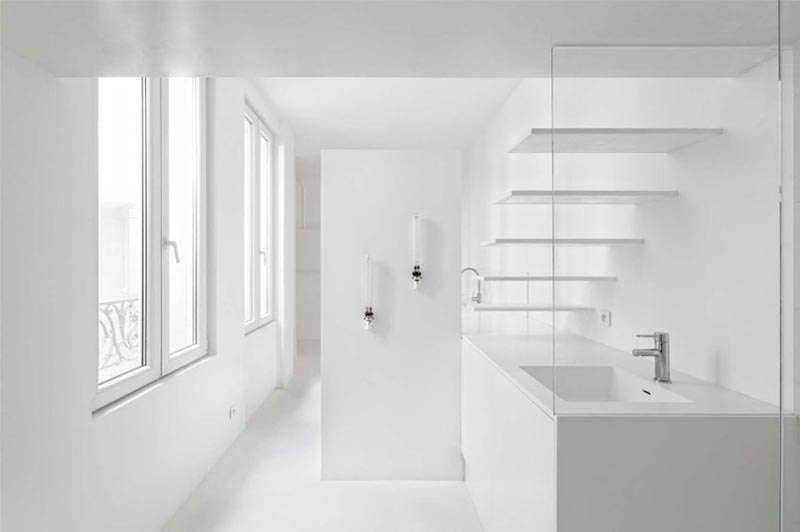 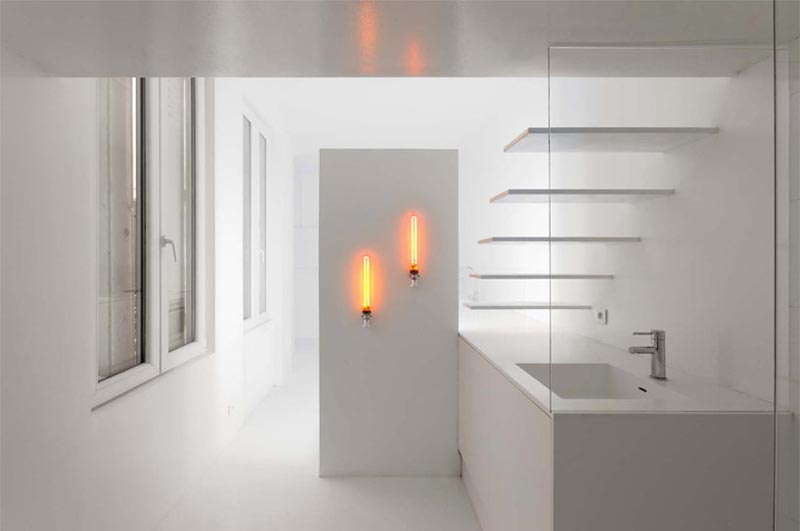 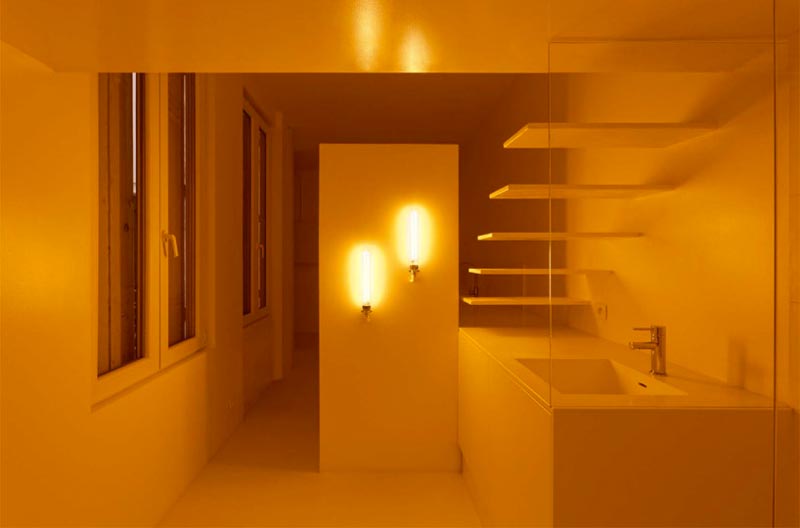 The light itself actually shaped the space without any additional walls, aside from the one holding the lamps and the tubes. In addition, the sleeping area can be overwhelmed by daylight, or simply switched off, uniting the entire space. The architects managed to deal with interior design of a very small place, making it very distinctive and functional, while not taking us space with solid décor elements. 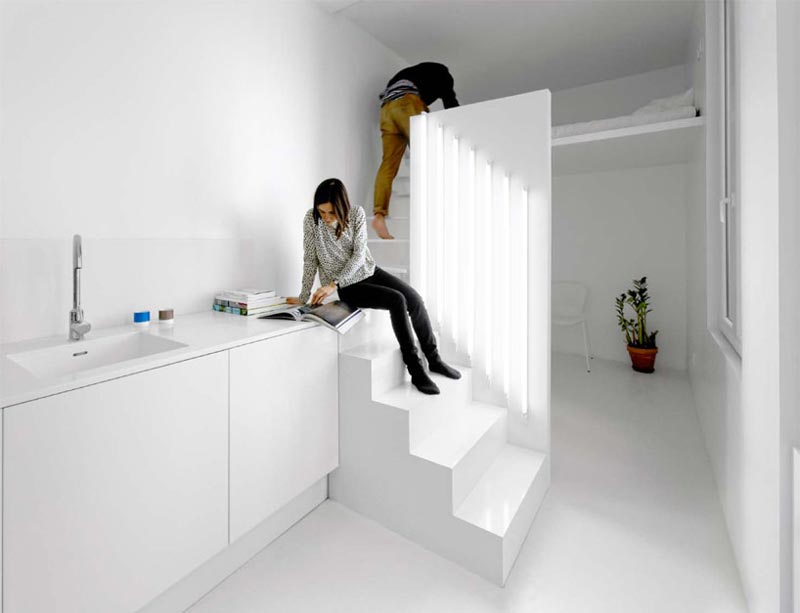 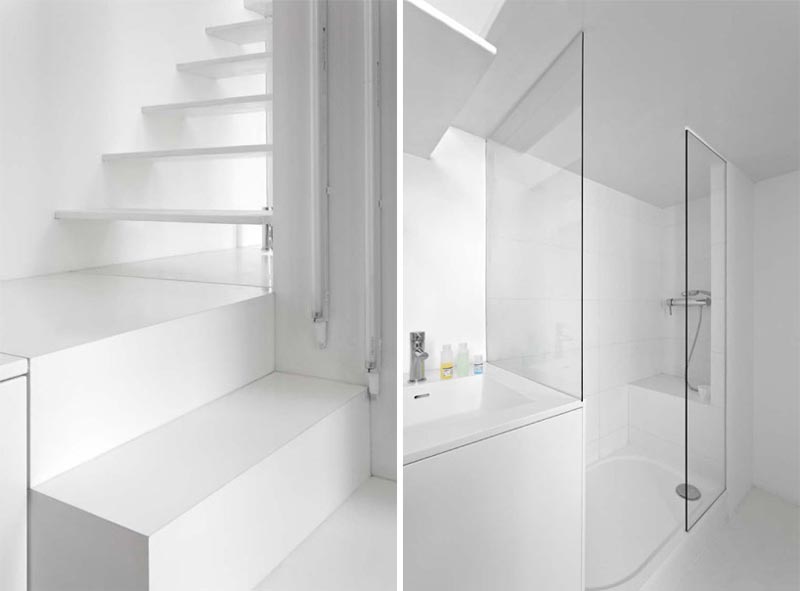 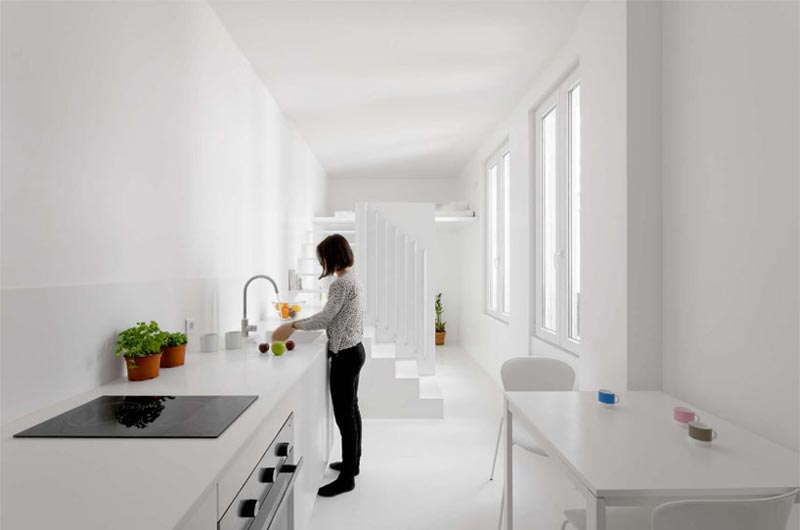 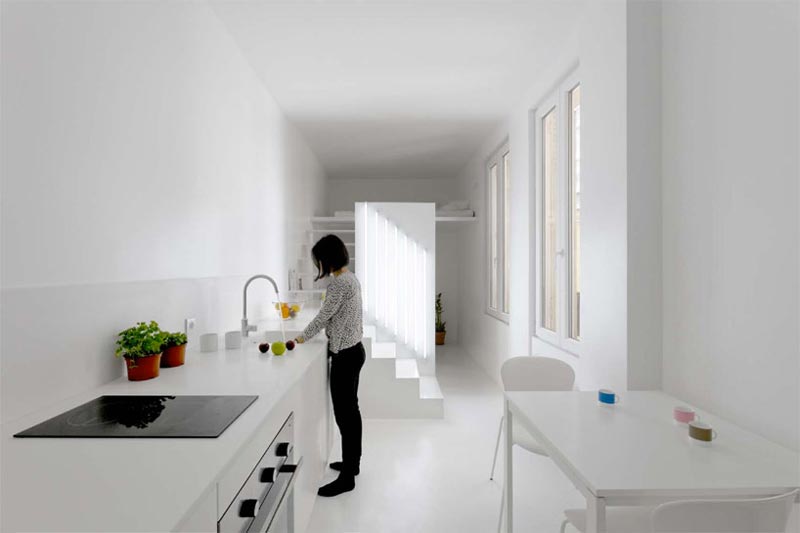 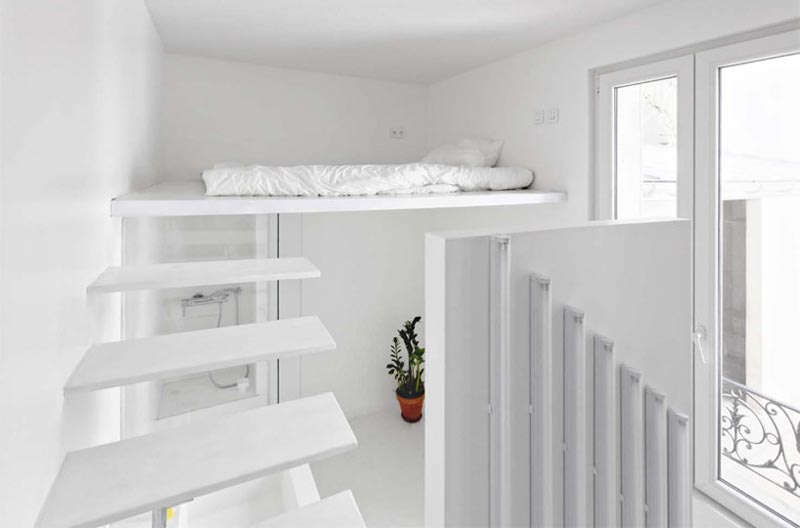 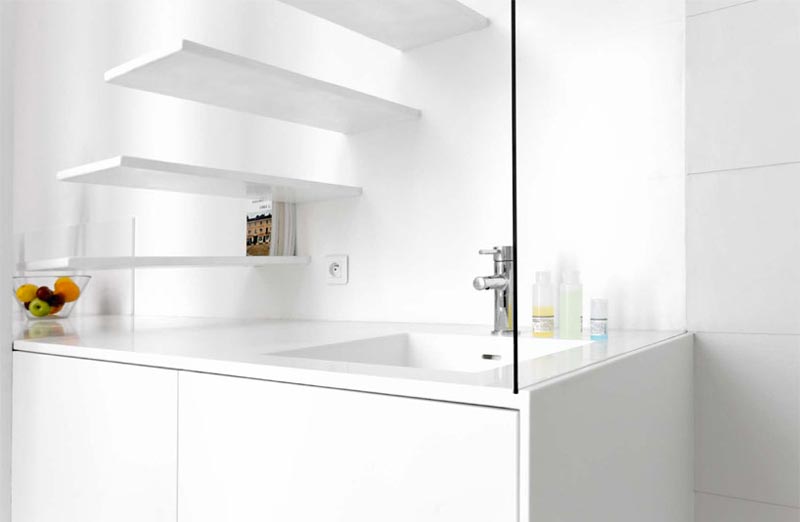 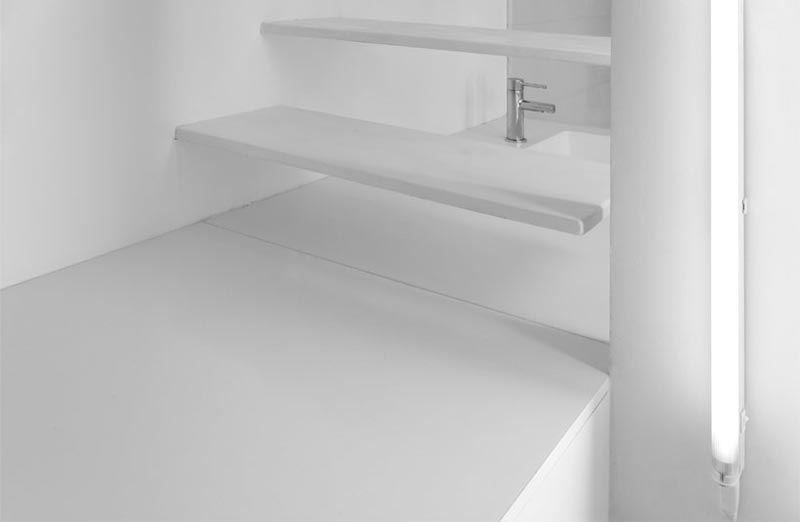 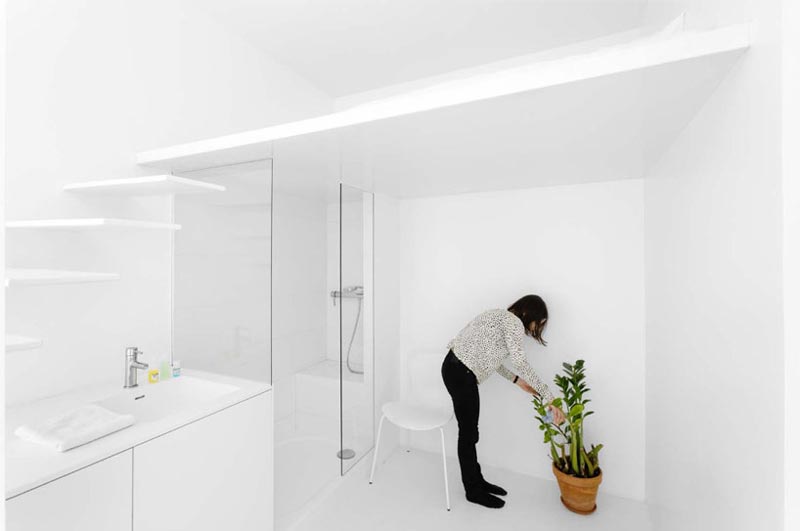 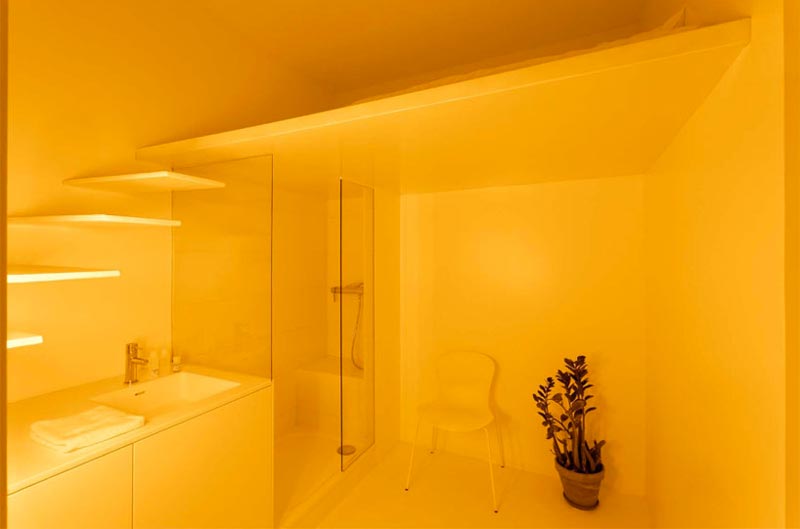