If you ever played the guitar, you know that it’s quite hard to learn to do so. Magic Instruments invented a new type of a guitar for all of you who would like to play it but don’t have time to learn how, or simply need an easier solution. MI Guitar has a simple design, so you can just pick it up and play your favourite song.

MI Guitar has the looks of a traditional guitar but the strings don’t go all the way up to the neck. In fact, there are buttons you press and get the same sound the guitar usually has. To play your favourite song, all you have to do is download the MI guitar app on your smartphone or tablet that’s available for both iOS and Android. The app contains thousands of songs and will display the lyrics and the button numbers for each chord. 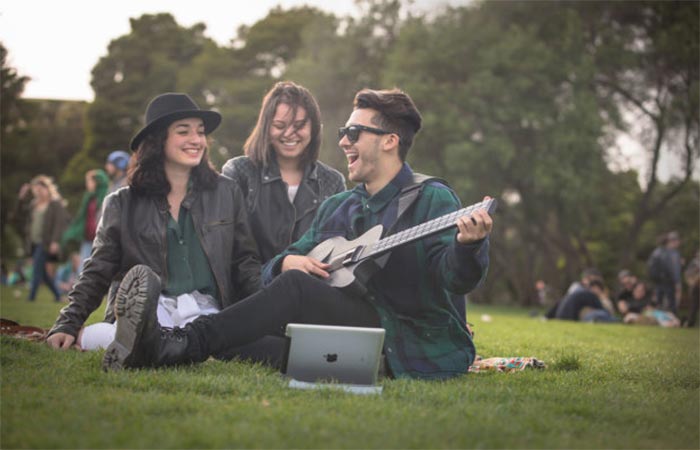 MI Guitar is created to make playing guitar simple and easy to learn.

MI Guitar allows you to set it to any key and scale with just one press of the button. It has six guitar sounds and two bass guitar sounds but you can download more via the app. On the guitar, you’ll find controls like volume, bass/treble tonal balance, reverb and chorus effects. It features a standard ¼” guitar output jack, so you can plug it into amps, pedals or mixers. 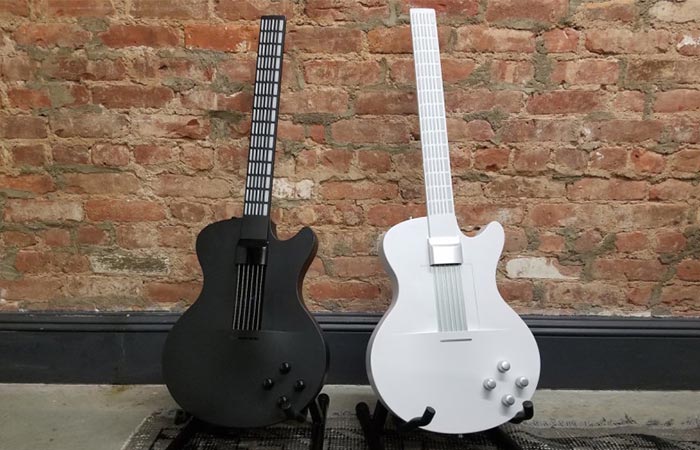 MI Guitar comes in black and white. It’s currently being funded on Indiegogo.

As for the power supply, MI Guitar can work either on AC power or 8 AA batteries. You can get it in two colors- black and white and it weighs approximately five pounds. It’s currently being funded on Indiegogo and will continue to do so for another month. watch video below

Check out this video to see MI Guitar in action.