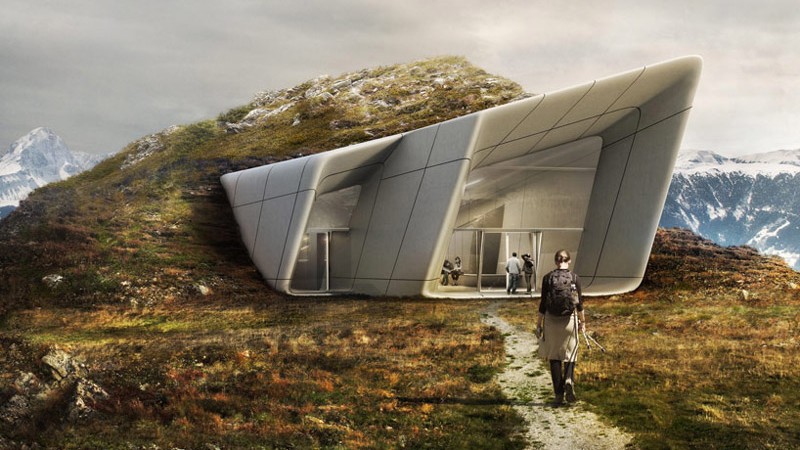 Another bold design idea for a big project by Zaha Hadid. The London-based architectural firm was commissioned to design the last Messner Mountain Museum at Plan de Corones. The sixth museum of the series is to be built in collaboration with one of the most famous extreme mountaineers Reinhold Messner, who is considered one of the greatest climbers in history, conqueror of some of the highest peaks in the world including Mount Everest and Kronplatz.

The plan is to incorporate the museum into Mount Kronplatz, making it an integral part of the surrounding area that is a world heritage site that itself boasts a lovely landscape. That is why it is no wonder that the museum is intended to make use of the 240 degree wide view of the stunning landscape including the views of the Zilleratal Alps, the Dolomites and one of the most famous and spectacular glaciers in the world called Marmolada Glacier.

The museum itself will be inserted into the mountain, which is no wonder given the fact that the museum is supposed to portray the lives of mountaineers. For the same reason, the central theme of the construction will be rock. The shape of the museum will include fluid lines – which has become a common feature of many of the works by Zaha Hadid – while the periscopic nature will work in accordance with the landscape around the museum to be enjoyed. The falling shape of the museum will feature cascading staircases leading to three different levels. Large glazed surfaces will allow loads of sunlight that will bathe most of the interior.

The museum collection will include the reminders from Messner’s long lasting mountaineering career, such as images, different tools and various other objects.

The construction works have been planned to run all through the summer of 2013, ending in the Autumn of the same year and given to Reinhold Messner to prepare the collection that is to be presented in the summer of 2014. 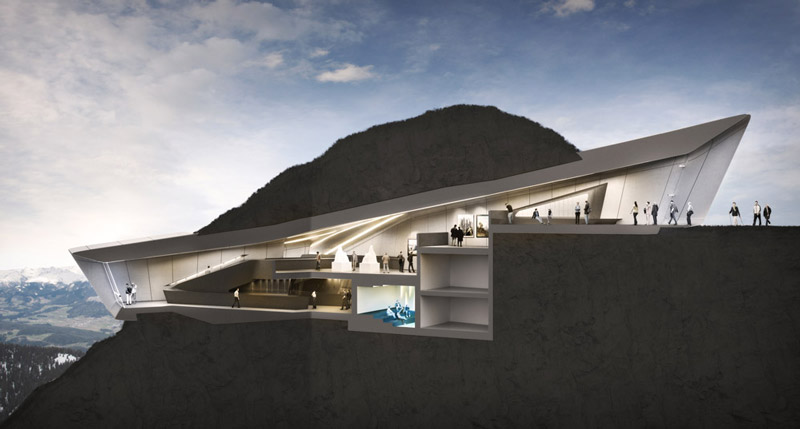