As available urban space becomes smaller and the number of vehicles using this space gets higher, bicycles have become one of the most popular transport modes. Despite their practicality and ability to pass in between just about anything, there has always been one flaw in most bicycle designs – insufficient storage room. Thankfully, there are some ingenious bicycle designers out there, like the designer team working for Douze-Cycles, who decided to eliminate this problem by making Messenger V2 Cargo Bike.

When you see Messenger V2 Cargo Bike, you will probably have a light bulb moment and think: “How come I haven’t thought of this?” Granted, cargo bikes are not an entirely novel concept, but the Douze-Cycles “fast release innovation” definitely is. What is actually this “fast release innovation”? It is all about the bike’s modular frame system that can be adjusted to suit just about anyone’s needs. The frame is made from aluminum alloy and steel with powder coating and it comes in three versions – compact (length: 40cm), long (60cm) and extra-long (80cm). The latter one is about to be launched and is ideal for the most big loads or transporting several children. 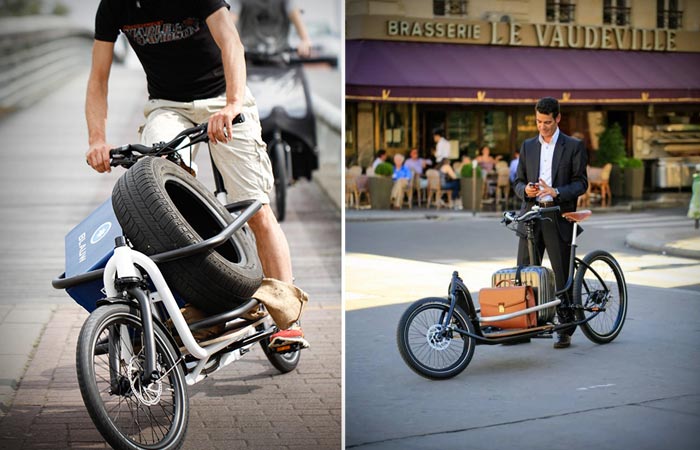 Messenger V2 Cargo Bike is available in several colours including matt black, white, blue and red. It also has a one-of-a-kind steering cable which allows deep and sharp turns without the danger of the rider toppling over. The segmented frame is strong enough to carry additional weight of the cargo. The bike also has an 8-speed-Shimano Alfine internal hub, as well as Tektro hydraulic disc brakes. Its total length is 2.43 metres while the maximum load is 200kg (rider’s weight included). The tires on all three versions (compact, long and extra-long) are Schwalbe Big Apple / Marathon. You can also purchase a soft top cargo bag to keep your load protected in adverse weather conditions. [via] 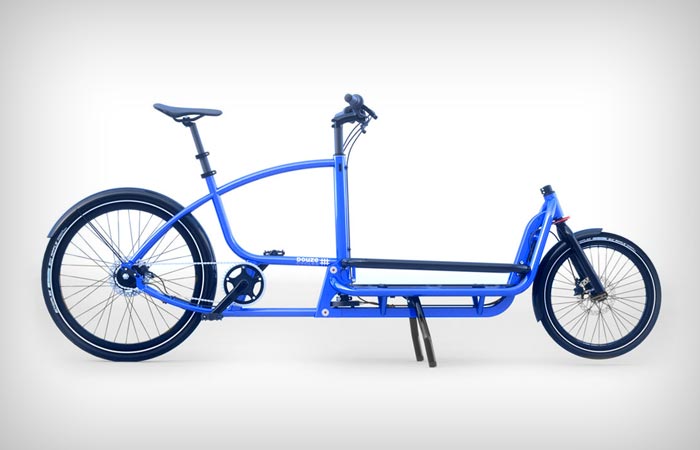 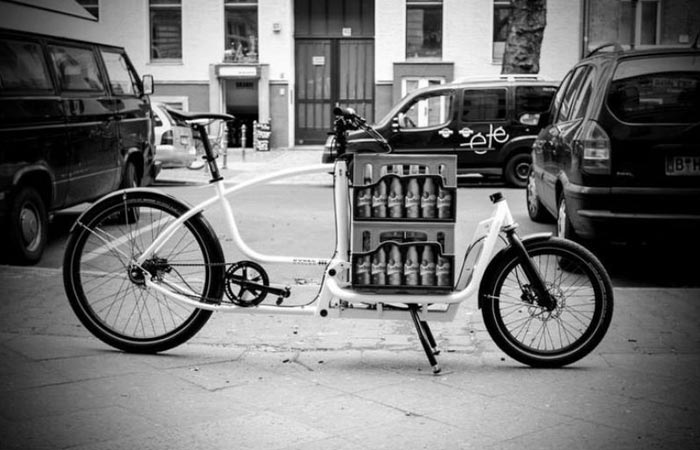 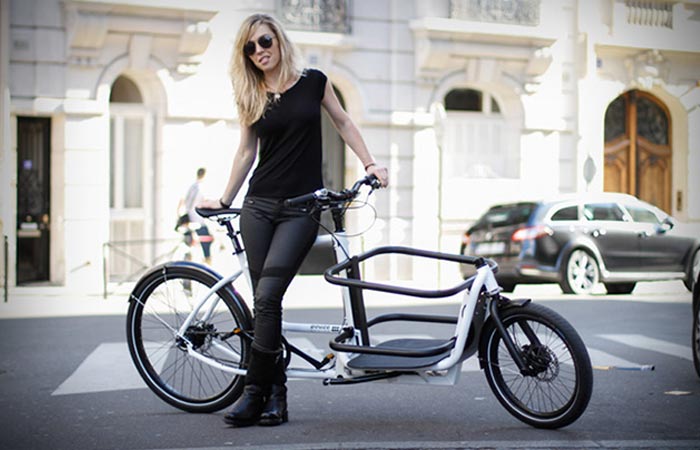