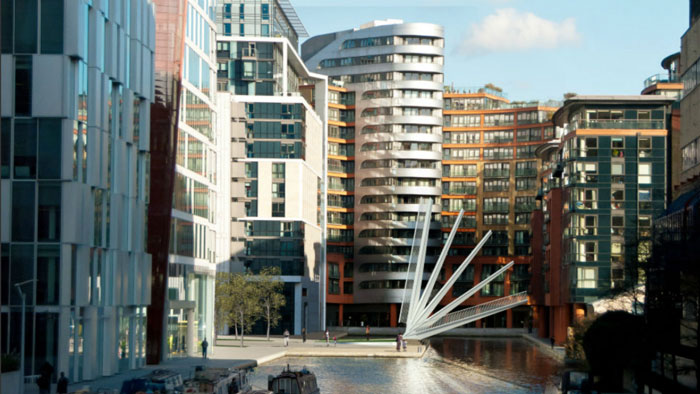 The pedestrian bridge by bridge designers Knight Architects called the Merchant Square Footbridge in Paddington, London, UK is intended to become open next year. It is strongly influenced by a Japanese hand fan in its shape, as well as functionality.

The bridge that will be 10 feet wide and 66 feet long is consisted of five steel beams that are neatly folded into one another when the bridge is used by the pedestrians. But when the boats need to make use of the Grand Union Canal that the bridge crosses, it is lifted to let them through.

The lifting is the fun part. The steel beams are unfolded in segments around a stationary hinge. There is a part of the bridge on each side of the hinge, but these two parts are asymmetrical, much like a Japanese hand fan. This, however beautiful, is not just a design feature, because the shorter part has a function of serving as counterweight, making it easier for hydraulics to do its job.

The Merchant Square Footbridge, much like another creation by Knight Architects – the Fish Hook Bridge, as an example, is sure to become a landmark even in a sights-packed city such as London. It magnificently combines the unique design features with perfect utility. Its amazing looks are additionally enhanced at night by LED lights placed on the handrails. [via] watch video below 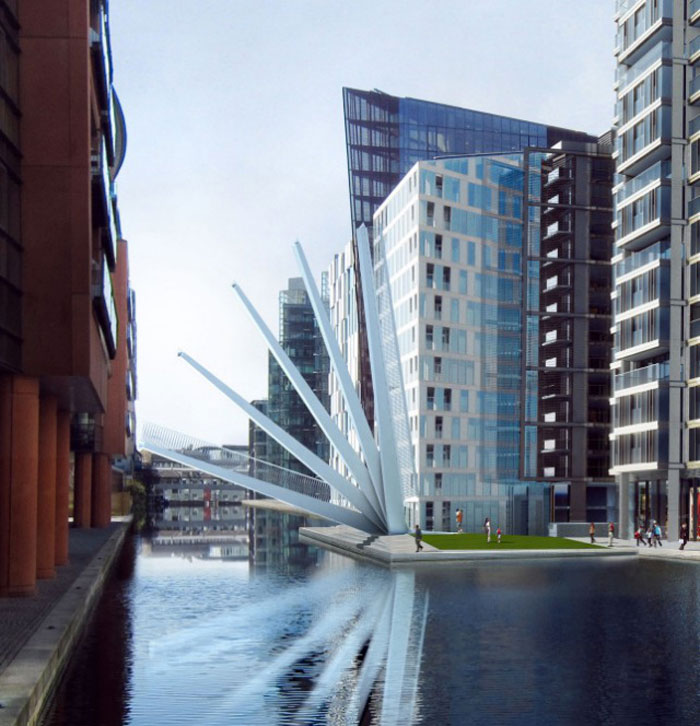 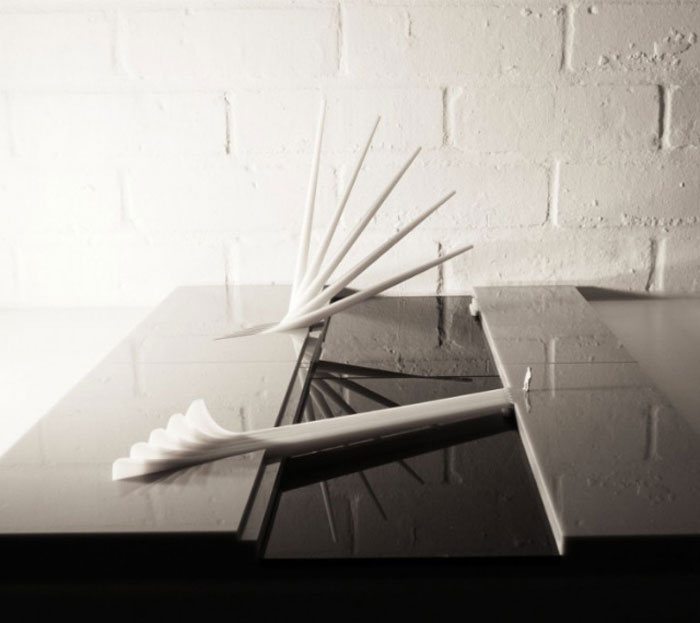 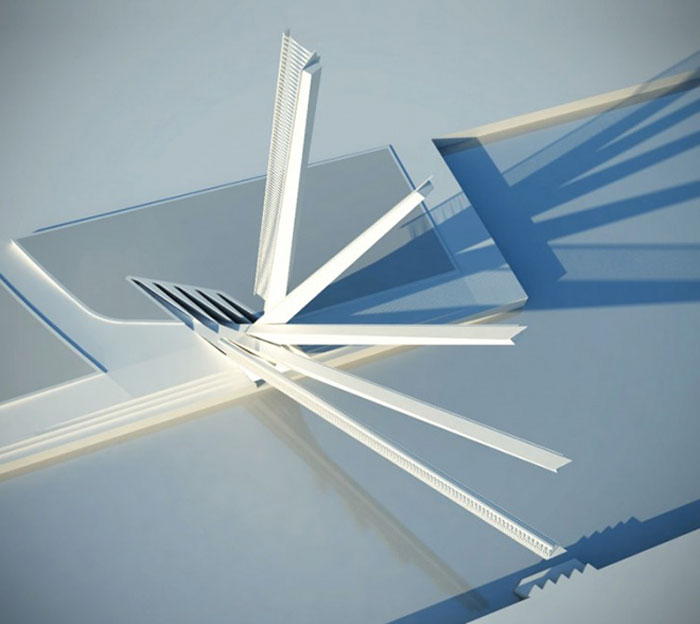