A lot of companies have started tackling the monumental task of producing the best self driving car. Mercedes-Benz has followed suit and created something resembling a vehicle straight from the future. The Mercedes-Benz F 015 is advertised as “Luxury in Motion” and from the looks of it, it could’t have been described in a better way. This car features an amazing futuristic design and a very spacious interior aimed at making the passengers the center of their latest creation. The F 015 offers extreme comfort and like all self driving cars it is geared towards providing you with utmost safety while on the road. 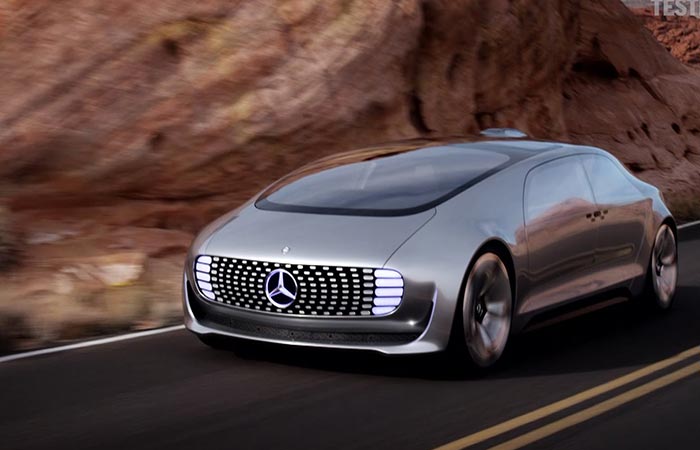 The F 015 has a futuristic appearance

The idea which inspired the making of the F 015 is one of transforming a car into something more than just a means of transportation. Mercedes-Benz has envisioned it more as a mobile living space which is evident from the layout of the seats and overall interior design of this self driving car. But first, let’s talk about the outer appearance of the car. The best way to describe it is to compare it to something which drove straight out of a science fiction movie. It it as large as a S-class sedan but it does not have headlights and taillights. It is equipped with a large number of LED lights instead. These lights are used as a means of communication as this is a self driving car and there is no driver to give any sort of signal to other drivers and pedestrians. The lights blink to notify the pedestrians when it is safe to cross the street and they can also spell out “stop” or “slow down” as warning for other drivers. Mercedes-Benz has also played around with the idea of using lasers to project crosswalks for pedestrians and display more warning signs to other drivers. 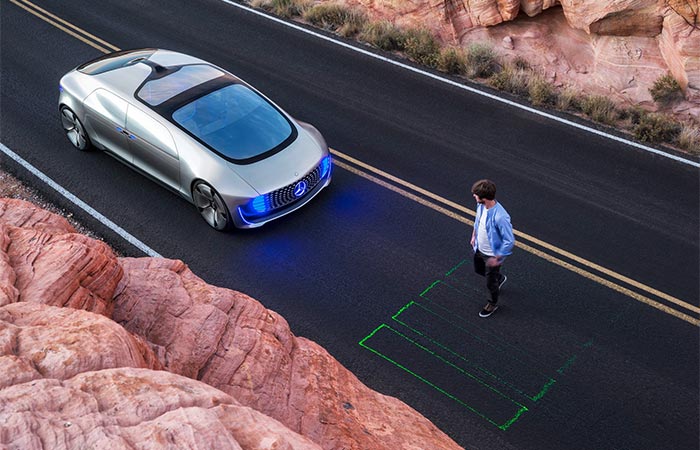 The doors of the F 015, both front and rear, open in opposite directions, thus giving accent to the ease of entering this vehicle and making the interior clearly visible. And finally, we are here. The interior was designed in a way which completely ditched the idea of having a bench backseat, instead placing 4 seats which can be completely turned so you can face other passengers without issue. And there should be no worries about leg space as there is a sufficient amount of it. In the center of the F 015 is a touch sensitive control panel which allows you to interact with the vehicle. Touchscreens have also been seamlessly integrated into the doors, front and rear of the car. This makes the vehicle a moving office or even living room because you can make calls, do some work, or check out a movie with your friends or family while riding around in this car. The glossy plastic sides and very slick looking wooden floor further enhance this living room environment as it makes the interior look very cozy. 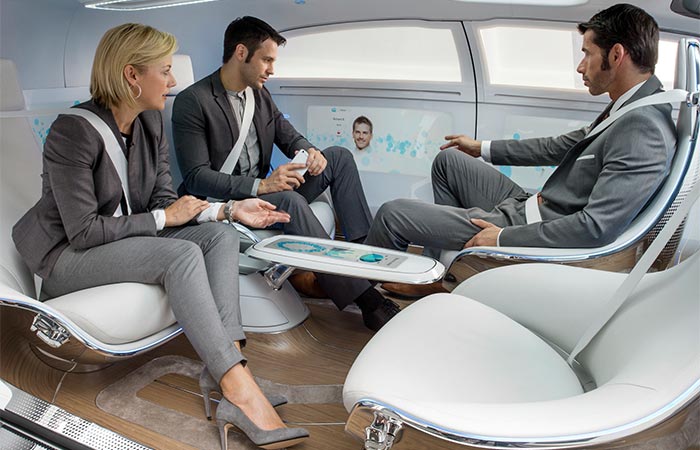 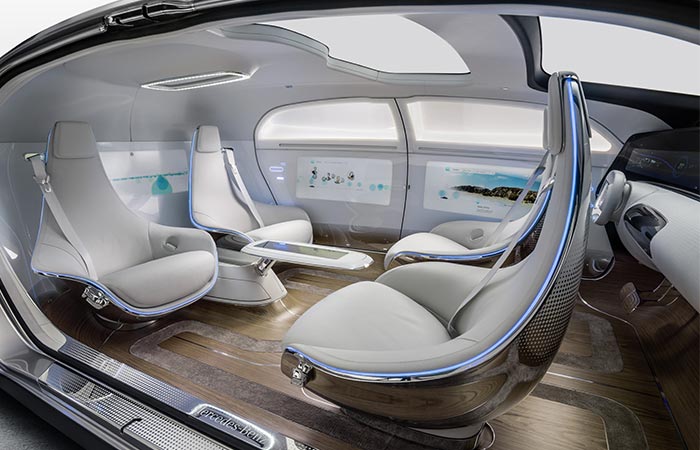 The Mercedes-Benz F 015 has really given other companies quite the competitor when it comes to autonomous vehicles. If autonomous vehicles are really going to be the norm in the not so distant future, then let’s hope that they all be as awesome and spacious as the F 015. [via] watch video below 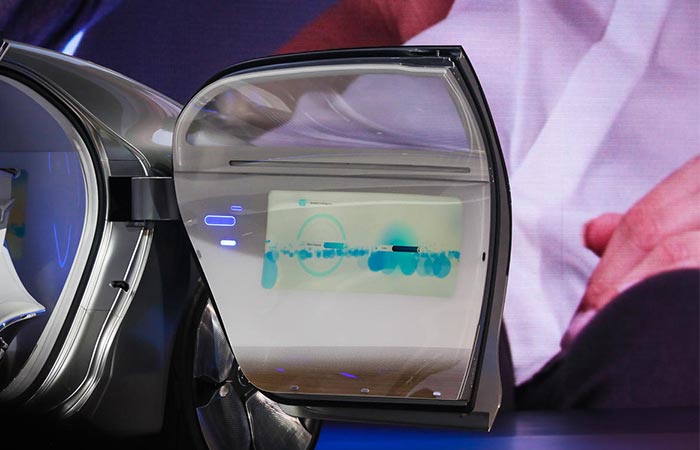 Touchscreens have been mounted in the doors, front and rear of this autonomous vehicle