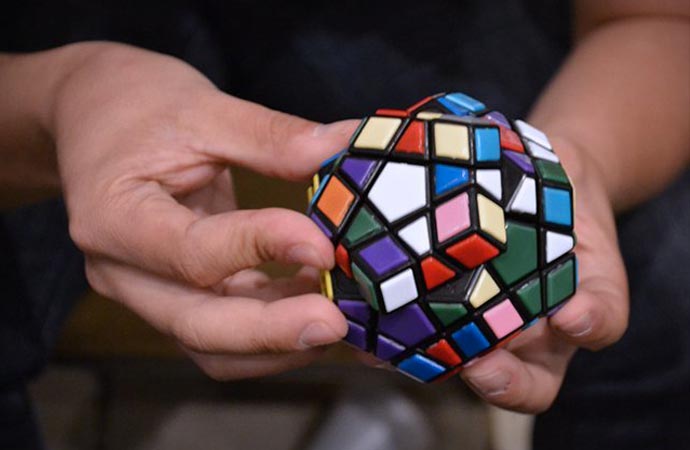 Rubik’s Cube has reincarnated and its 21st century version is called Megaminx Duodecahedron Puzzle. Megaminx has twelve sides, twelve colours, and fifty pieces out of which twenty are corner pieces and thirty are edge pieces (Rubik’s Cube has twenty pieces in total). 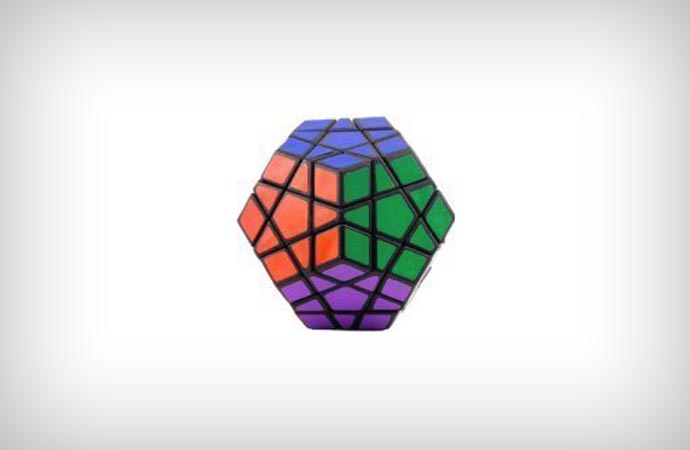 Megaminx Duodecahedron Puzzle is a classic Meffert’s Challenge Rotational Puzzle (Uwe Meffert is a manufacturer of mechanical’s puzzles including Rubik’s Cube). The puzzle is also known as Magic Dodecahedron and Hungarian Supernova. The first version of Megaminx was conceived by Dr. Cristoph Bandelow but the proportions of this puzzle are slightly different to Duodecahedron. Uwe Meffert bought the rights to some patents and is today selling the Megaminx in his shops.

Megaminx uses pretty much the same patterns as 3X3X3 algorithms, and it is originally manufactured for Speedcubing – the activity which involves solving Rubik’s and similar puzzles as quickly as possible.