If you thought Wi-Fi was advanced technology, just wait until you learn about Li-Fi! It’s a new wireless technology that allows for greater security on local networks and researchers have achieved speeds 100 times faster than those of Wi-Fi. This innovative high-speed data transfer technology was invented by professor Harald Haas from the University of Edinburgh, Scotland back in 2011 and it’s now being tested in offices and industrial surroundings in Tallinn, Estonia.

Li-Fi’s a technology that uses visible light communication (VLC) to send data at speeds of 224GB per second. This technology uses visible light between 400 and 800 terahertz and it transmits messages through binary code. The real tests of this light bulb technology have proven it’s 100 times faster than current systems. Just to make it clear how fast this is, it’s equal to 18 movies of 1.5 GB each being downloaded every single second. This smart lighting solution has all the potential to revolutionize internet usage. 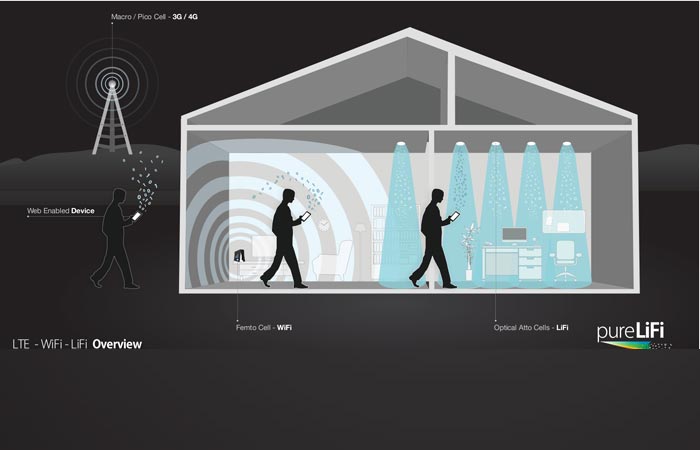 Besides being the fastest data transfer system ever, Li-Fi’s also much safer and it’s ideal for office space as it only uses visible light that can’t pass through walls. Besides the greater safety, this also means there’ll be less interference between different devices. The inventor, Professor Harald Haas first demonstrated how he could transmit much more data than a cellular tower just by blinking the light from a single LED. Although we’re talking about flickering light here, the LEDs are switched on and off at such speeds that we wouldn’t even notice it. 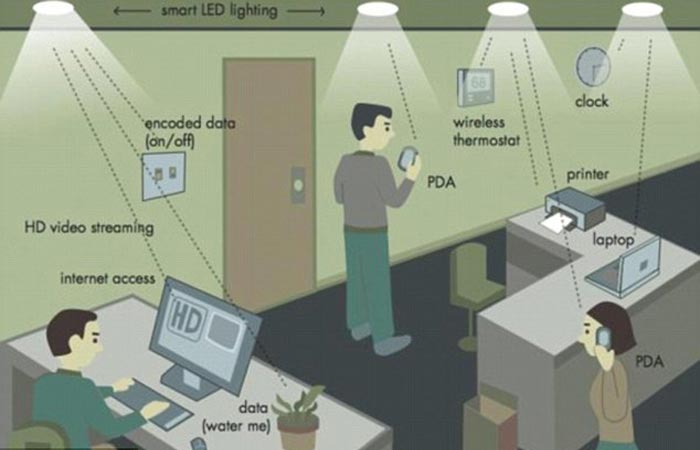 Since visible light can’t go through walls, the Li-Fi’s a much better and safer solution for offices.

The Li-Fi technology actually works like an advanced Morse code, and researchers are hoping that it would be available to the public in three or four years. Although this technology couldn’t completely replace Wi-Fi right away, the benefits it’ll bring are numerous. We’ll have faster and safer networks, and the dream of gaining internet access via LED light bulbs in our homes will be achieved. What needs to be done now is to think of a way to integrate the technology to work within the existing systems. 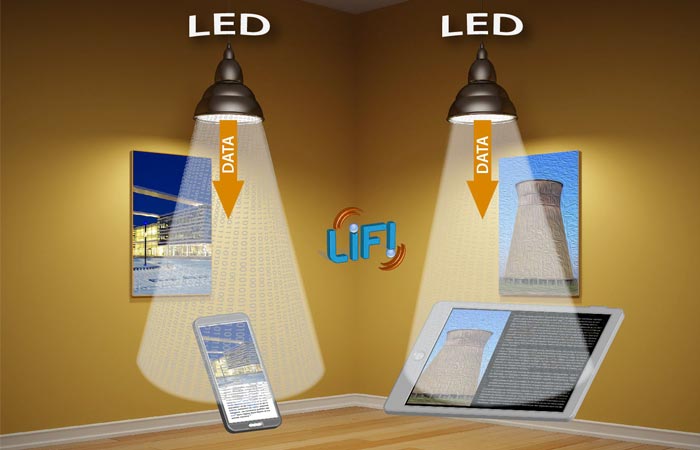 With Li-Fi, we’ll have the benefit of enjoying Internet access via LED lights in our homes.

Professor Haas and his team have started a company PureLiFi that offers a plug-and-play app for safe wireless Internet access with the speed of 11.5 MB per second. A French company Oledcomm’s also in the process of installing Li-Fi in local hospitals. If these apps and the Velmenni trial in Estonia show well, in the future we might get the light bulbs that don’t only provide illumination but combine it with wireless data transmission. 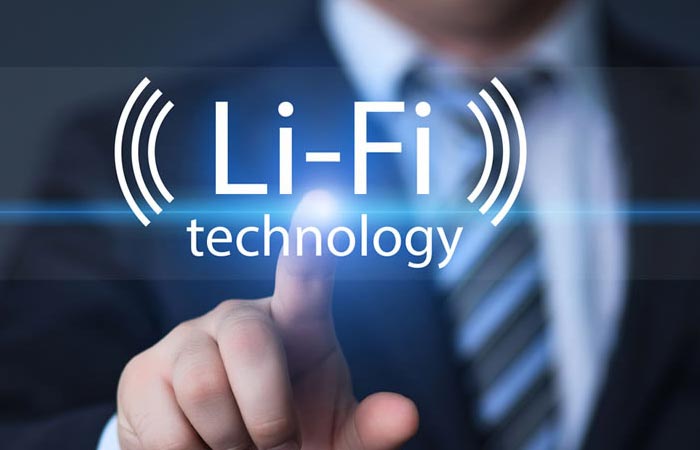 The scientists are working on testing how the Li-Fi technology can be integrated into the existing systems.