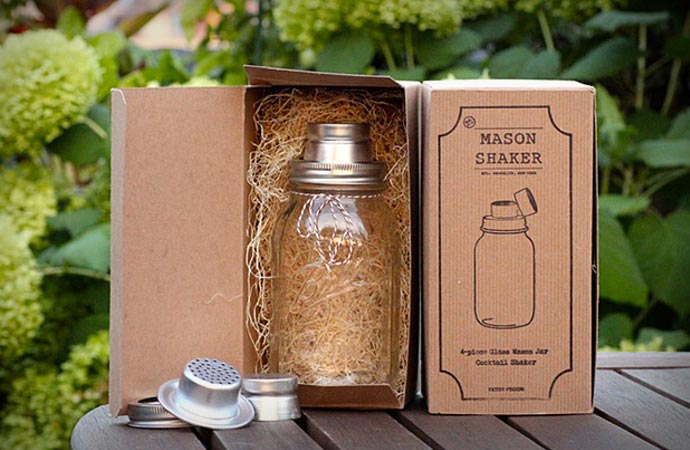 Have you ever heard of the Mason Jar? This is one of the most iconic moulded glass jars ever produced. It was invented by Philadelphia-based tinsmith John Landis Mason in 1858. Some hundred and fifty odd years later, Josh and Eric, two guys from Virginia, now living in New York, decided to use the Mason Jar as an inspiration and foundation for the Mason Shaker, a one-of-a-kind four-piece cocktail shaker which, they say, “combines their love of cocktails with the classic Southern style”.

The two designers merged their love of classic kitchen accoutrement (that would be Josh Williams), and a talent for making off the cuff drinking tools (that would Eric Prum) to make a cocktail shaker for the professionals and amateurs alike. The design duo had spent a total of six months creating, patenting and producing a prototype of the shaker, and ultimately launched the project on Kickstarter. They raised $74,738 and their goal was only $5,000. 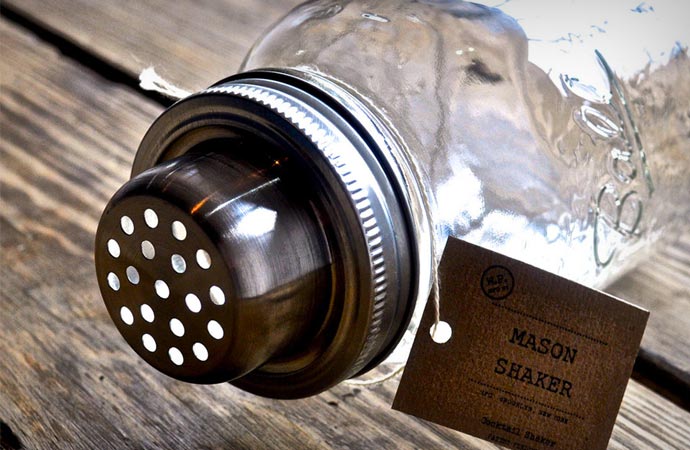 Eric and Josh created the Mason Shaker out of sheer necessity. As roommates at university they “”always found ourselves throwing impromptu cocktail parties—on the lawn, the beach, wherever,” Eric explains, “but we never had the tools we needed to get the job done right.”

The Mason Shaker has a three-piece strainer, and it is made from glass, and quality stainless steel. Its capacity is 32 oz. 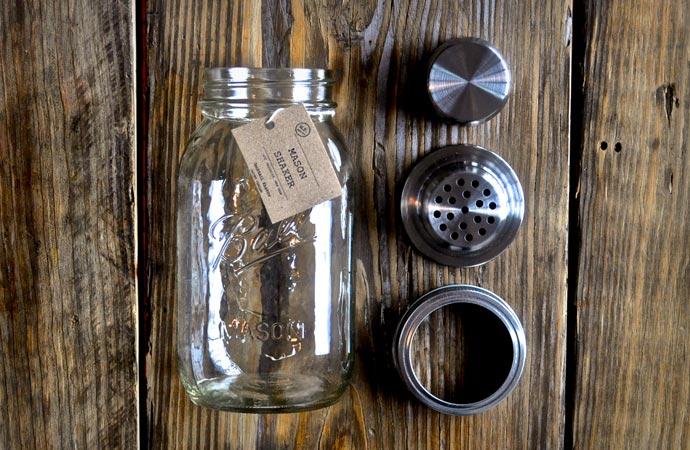 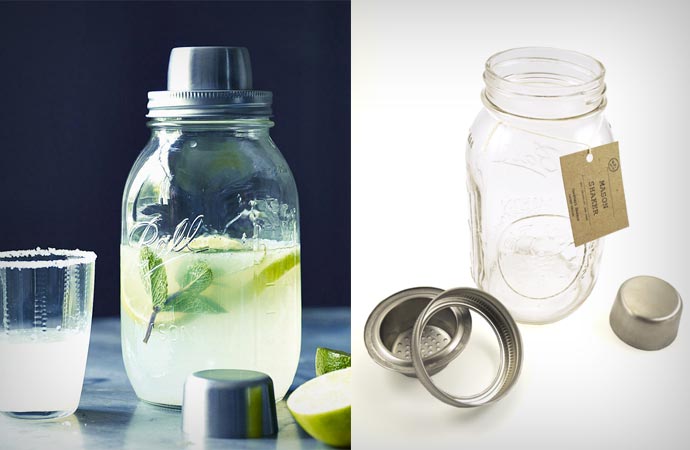 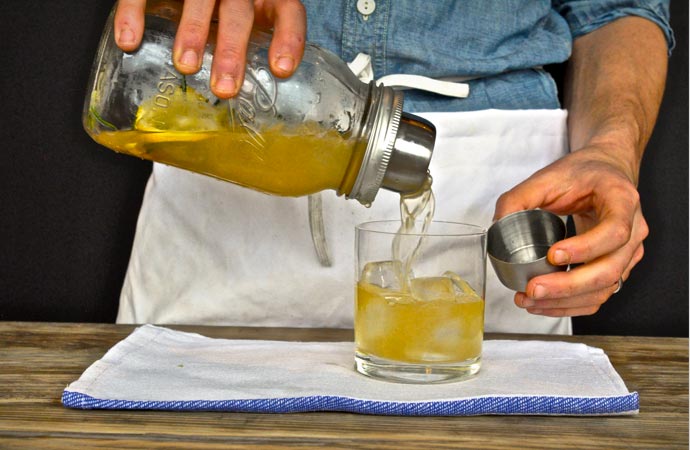