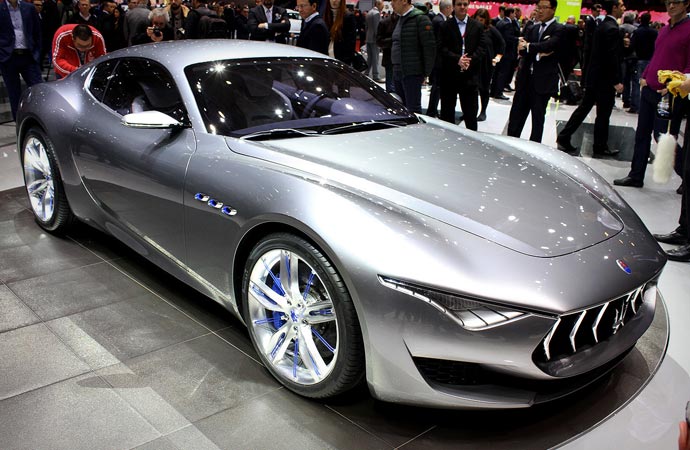 Maserati makes luxury sport cars. Simple as that. Every Maserati has been a revered sport car, but requirements of the market forced the famed Italian company to compromise. Well, the Maserati Alfieri sets the record straight.

However astonishing and successful the Quattroporte is, some sport car fans still think that a proper Maserati needs to have two doors fewer. GranTurismo has been serving as a flagship for the company and the only two-door Maserati currently available, but it has been seven years since it became available and this is too much in an industry that develops this quickly. Add to this the fact that Maserati is approaching their centenary and a car such as Alfieri is not a surprise.

The Maserrati Alfieri is still a concept, but it seems pretty plausible and – worth the wait. Its design resembles the 1954 Maserati A6 GCS-53, a true classic of the company, but it is still true to its modern days. It also looks a bit like a revamped, more modern and aggressive GranTurismo. The Alfieri has smooth lines on all sides. The trident badge sits between large stripes on the grille that make the car seem rugged. Evil looking  bi-xenon or LED headlights add enough aggressiveness to the rounded hood and somehow softly prominent front wheel arches. 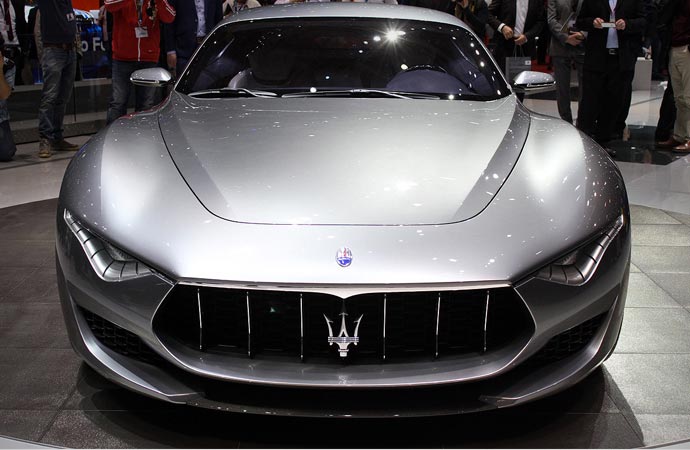 The side seems compact with narrow windows and absolutely massive rear wheel arch which continues to the far rear of the car. The rear view reveals somewhat minimalistic approach with few details and some sharp lines, but the tilted and rounded rear window makes it look very futuristic. 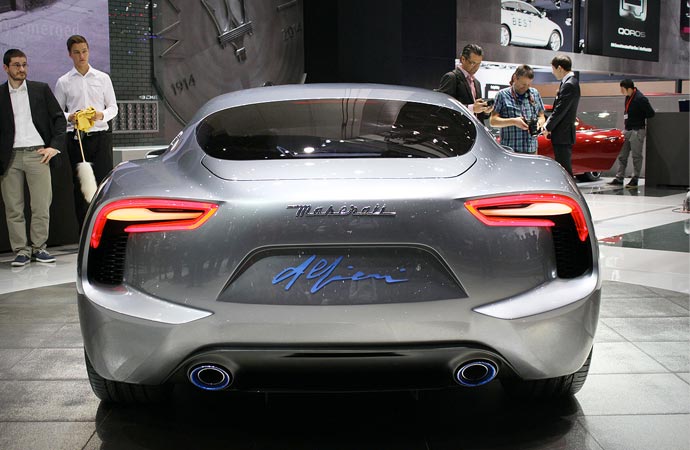 The interior is also minimalistic and futuristic, with top-notch materials and high-class finish everywhere. Still, on the inside the Alfieri is rather unconventional, with strange shapes, new steering wheel and obvious lack of buttons. The interior of the Maserati Alfieri is definitely something else and you will either love it or hate it. The design is rounded with elegant liquid-metal finish and 21-inch wheels.

Compared to the GranTurismo, the Alfieri has a shorter wheelbase, but packs the same engine. It is a 4.7l non-turbocharged V8 that produces 460hp. It is paired with a 6-speed sequential gearbox.

Should it go into production, the Alfieri is sure to turn heads. There is no doubt that the performance will be satisfactory – this is a Maserati after all – while the design of the interior might be a point of disagreement. On the outside, we can all agree, the Maserati Alfieri is just stunning. 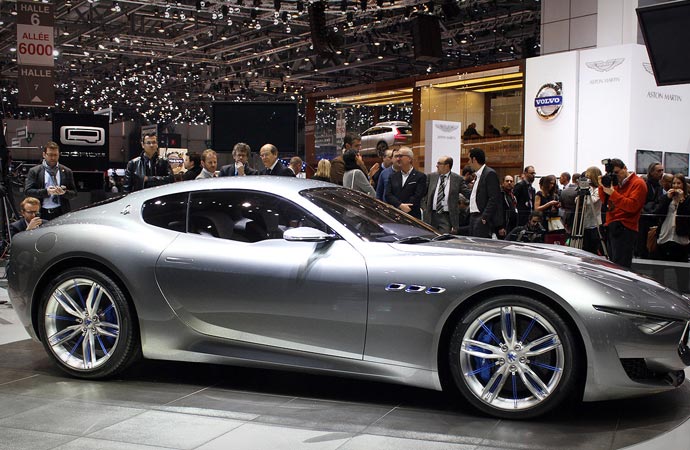 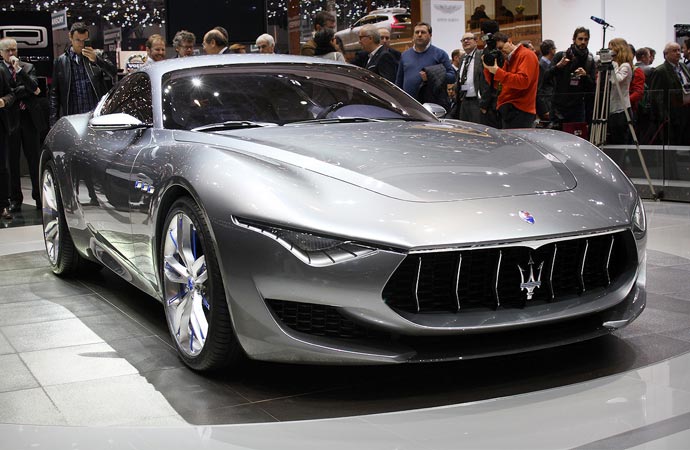 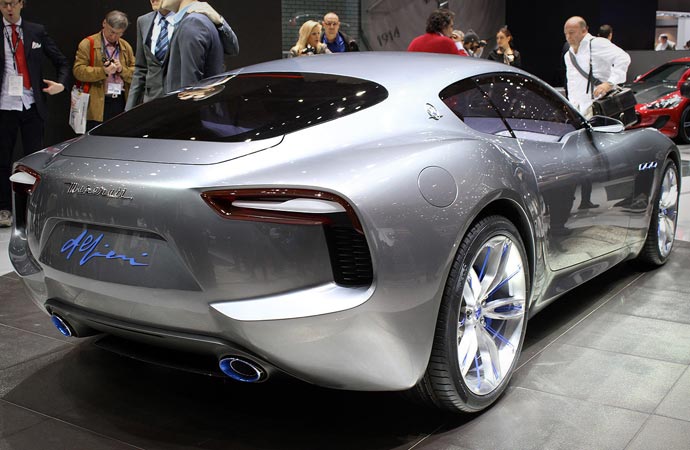 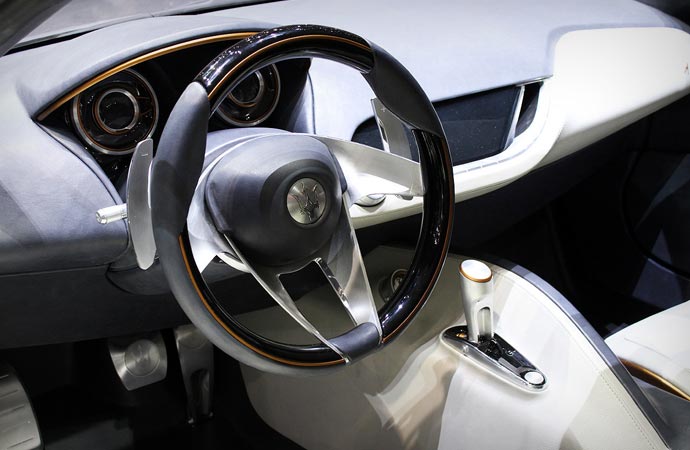 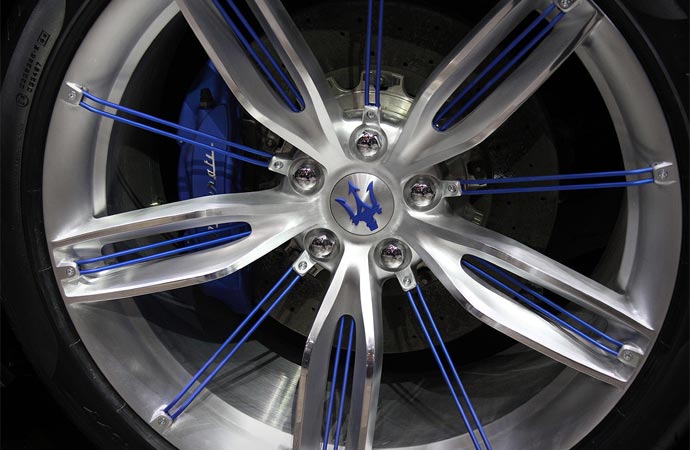 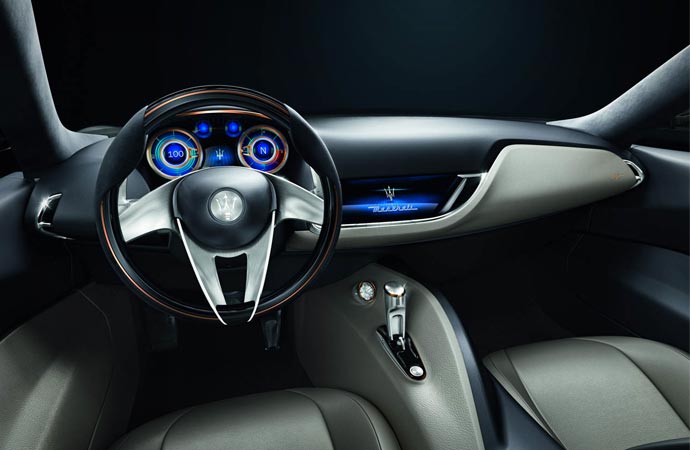 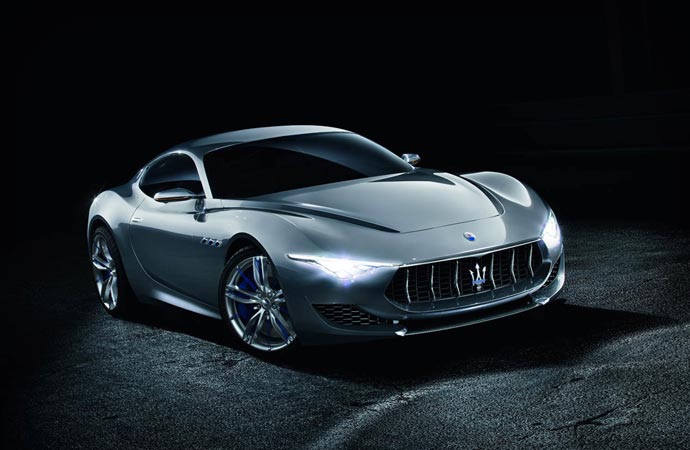