When it comes to music and sound equipment, the brand that was always, at least, a step ahead of all the others is Marshall. This iconic company decided to do something a little different with their well-known Major Headphones. We present you the Marshall Major II Bluetooth Headphones. This new model kept the original and classic design, so the only notable difference really is the Bluetooth aptX technology. The headphones feature a battery that will provide you with 30+ hours of playtime on a single charge.

Marshall has been in the music game for a long time and most of that time they were focused on mighty amplifiers, but recently they released some smaller devices such as Bluetooth speakers and headphones. Major II Bluetooth headphones are equipped with 40mm drivers that were also featured in the earlier, wired model. The mentioned aptX Bluetooth technology offers the user a CD-quality playback quality and eliminates almost all problems when it comes to audio/video sync. 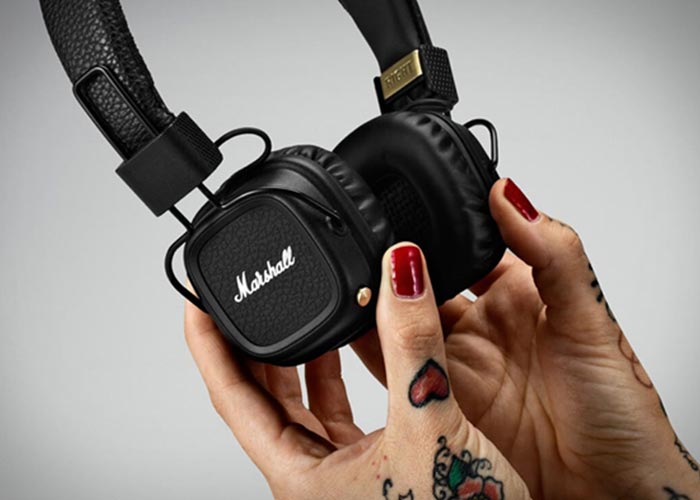 These headphones are using the aptX Bluetooth technology. 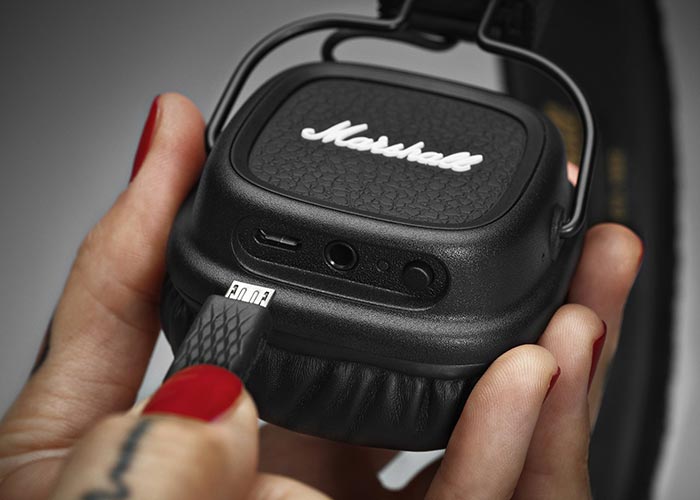 The headphones come with a 3.5 mm jack and a removable coiled cable that features a remote and a built-in microphone.

These headphones may be wireless, but they also come with a 3.5 mm jack and a removable coiled cable that features a remote and a built-in microphone. That jack offers the opportunity of sharing music with another person. One person can use Bluetooth connection and the other one can use the cable. Regarding the battery life, we’re used to the fact that most Bluetooth headphones can’t break the 20-hour barrier, but with these Marshall headphones, you’ll easily get 30 hours or more on a single charge. 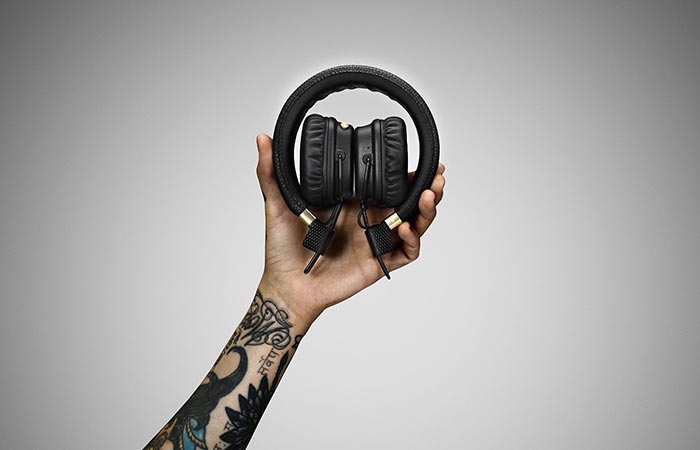 They have a collapsible design and the battery can hold up to 30 hours on a single charge. 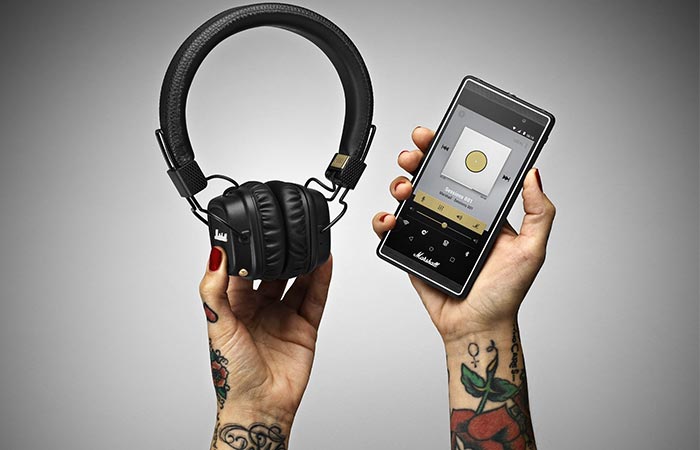 The aptX Bluetooth technology offers the user a CD-quality playback quality and eliminates problems when it comes to audio/video sync.

Marshall Major II headphones also feature an analogue control knob that offers users various options, such as playback control, shuffle and volume control. With this button, you can also answer, reject, or end calls, so you won’t have to pull your phone out of the pocket. The headphones feature a collapsible design, so they will fit in any backpack which makes them great for travelling. 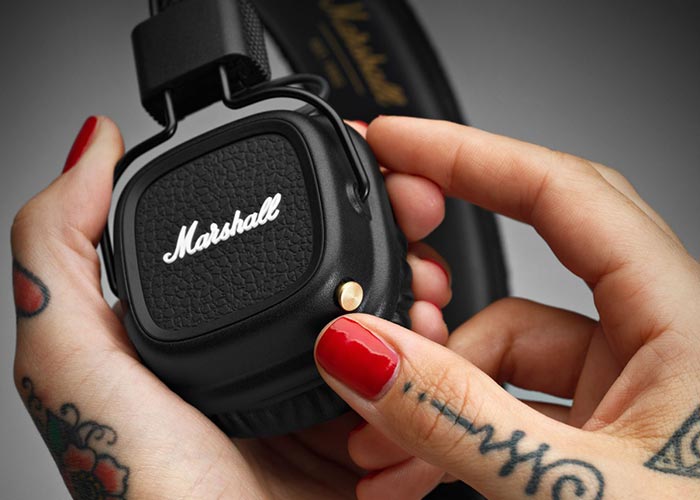