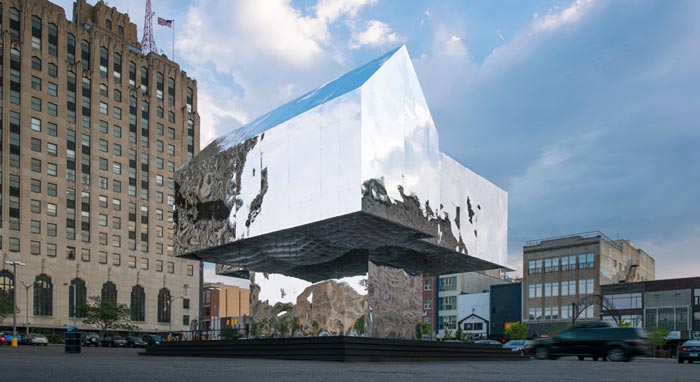 Mark’s House is a project by the British firm Two Islands , the result of the Flat Lot Competition started by Flint Public Art Project and AIA Flint Chapter. The goal was to build Mark’s House – a short-term summer pavilion in a parking lot in Flint, Michigan.

The Two Islands’ idea is based on the story of Mark Hamilton, a non-existing Flint resident who lost his home to foreclosure. The house is perched on top of a base that reflects the surrounding area and that is thinner than the house itself thus providing a roof-like shelter for the platform intended for socializing, as well as perfect room for lights at the bottom side of the house.

The house is a Tudor-style building but covered in shiny reflective panels that, due to the elevation of the house and the spectator’s lower viewing point, mainly reflect the sky and higher surrounding buildings, making the house seem airy and light and also fit the surrounding area perfectly, even changing its appearance with the change of the weather conditions. The lights in the ceiling above the platform show the faces of the donors who supported the project on Kickstarter. 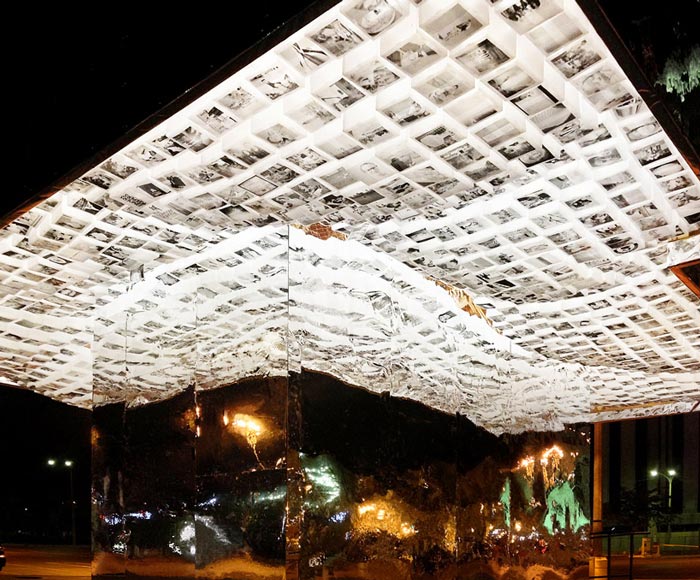 Another reason to socialize at the base under Mark’s House, especially during hot summer days, is that the building can hold 1,500 gallons of water that is used as cooling spray. Even though it might seem pretty unstable due to its narrowing base, the building is actually very steady and able to endure winds of 90 mph.

The idea that the organizers of the competition had was to create a conspicuous and remarkable construction that would cover up to 8 parking spaces, but also serve as a space for public programs providing seating, shade, shelter and cooling. Looking at the completed building we must say that the guys from Two Islands did an amazing job and that the only problem with Mark’s House is that it is only a temporary project and that it will be there only until fall. [via] 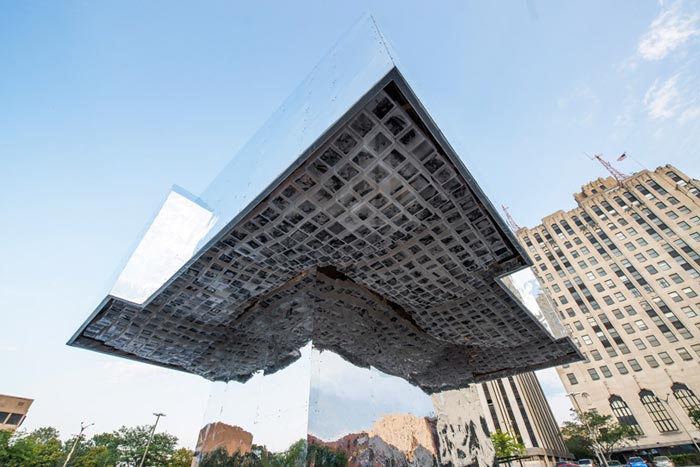 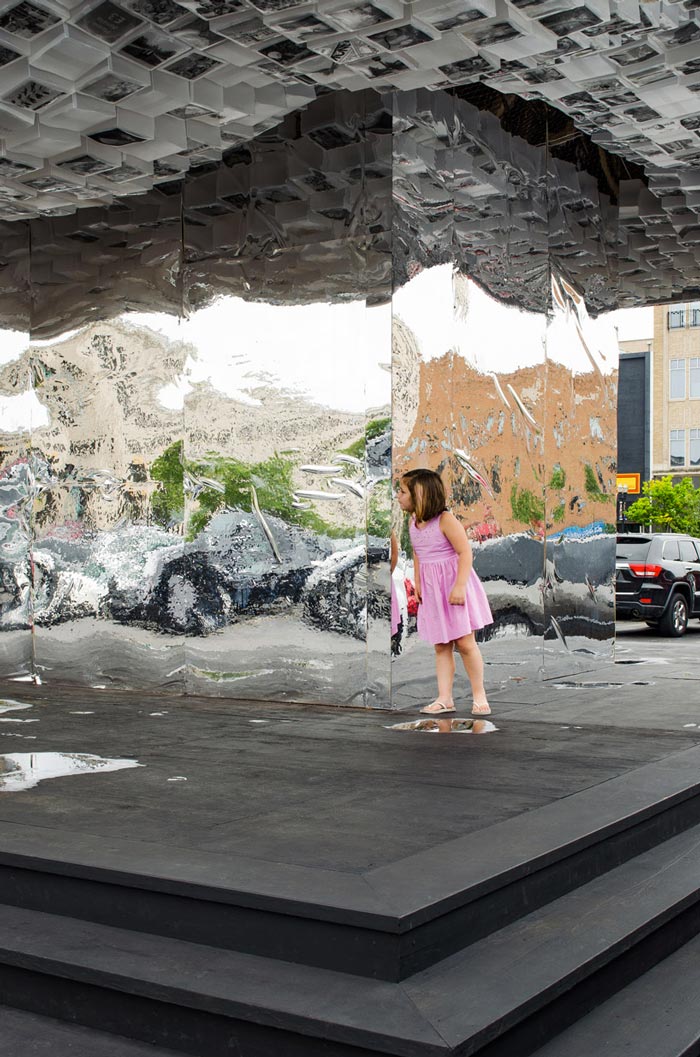 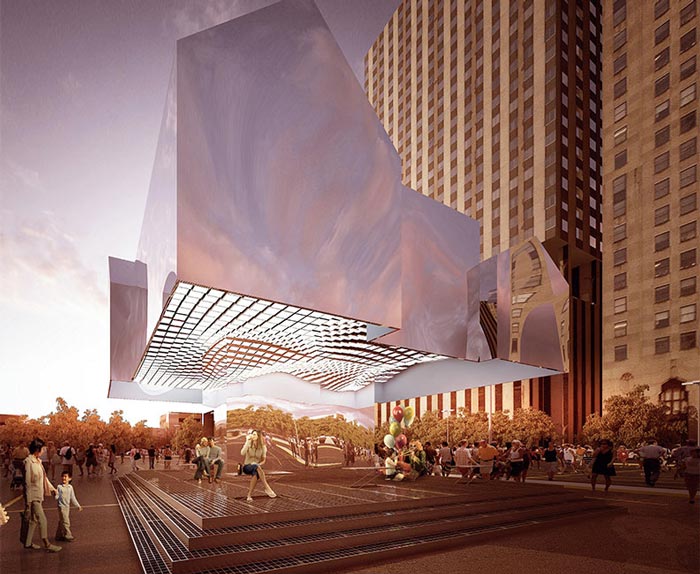 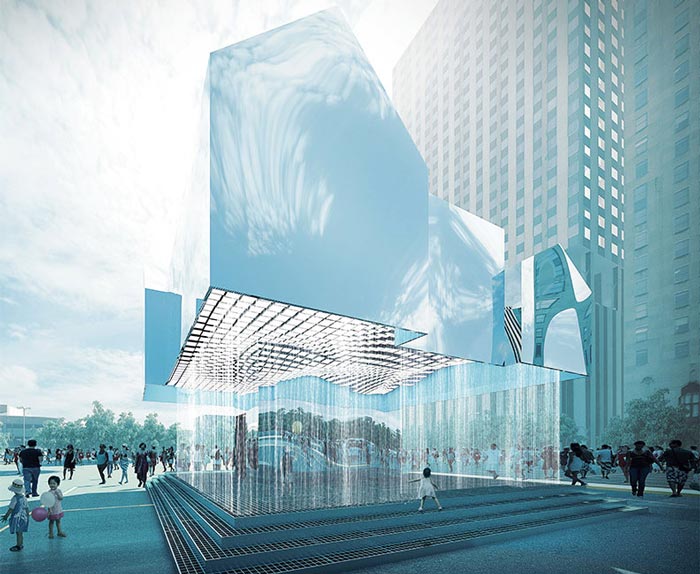