More and more people are becoming obsessed by drones, and they have every right to be. Take the Loon Copter drone for example. This new toy was made by some brilliant minds from Oakland University and it’s a drone that can fly, float on the water surface to see what’s down there, and dive in as well. Now, this isn’t the first underwater drone but it’s special because it’s equally efficient both in the air and under water.

The Loon Copter is a multi-rotor platform vehicle that has just won the Dubai UAE Drones for Good Award. The competition received over a thousand entries from 165 countries. The secret to this drone’s success is, without a doubt, its capability of traditional aerial flight, on-water surface operation and underwater diving. The potential of this drone is huge regardless of the fact that batteries wouldn’t last too much on it the way things are right now. 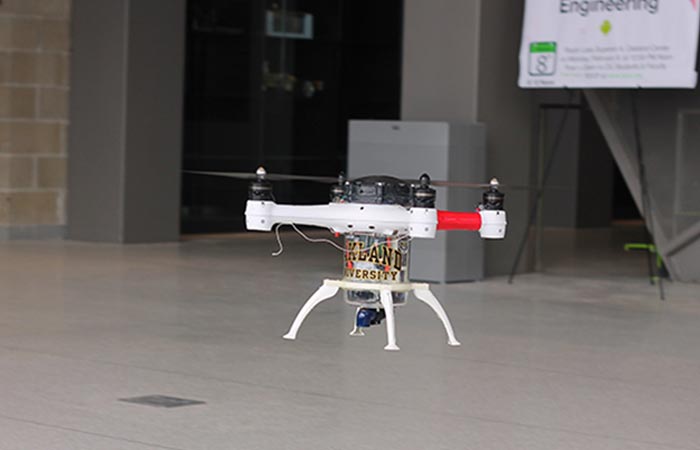 The Loon Copter is an award-winning multi-rotor platform that can fly, float and dive under water 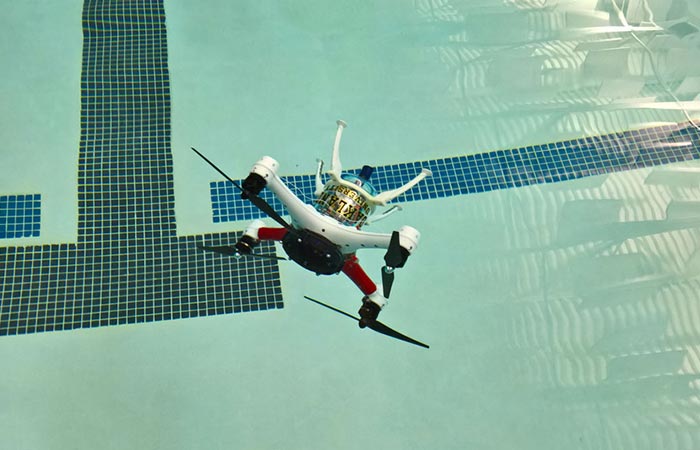 When it’s airborne, it works like any other quadcopter but it has a buoyancy chamber that allows it to float on the surface of the water

But this is not the end of the presentation. Besides the air, on surface and underwater maneuvers, the Loon Copter can resurface again and get airborne. What it does is it ejects the ballast water from the chamber and it can go up again. There’s still room for improvement and the developing team from Oakland University says that they’ll be working on extending wireless range underwater, improving underwater navigation and redesigning the hull for more efficient diving. The possible uses for the drone are also unlimited and can include reconnaissance, search and rescue missions, and even preventing shark attacks. watch video below 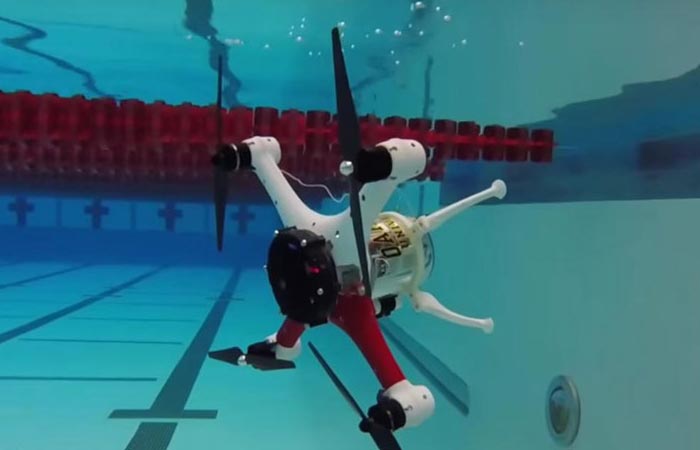 Check out the video below for a close look: