Looking to add something cool to your bathroom to spruce things it up a bit? We suggest that you start with your shower curtain, it’s very easy to change and you can get one that shows something awesome like the London Underground Map Shower Curtain. Designed by Izola, a company which makes awesome household items and accessories, this shower curtain showcases an up-to-date plan of Transport for London’s tube, DLR (The Docklands Light Railway) and overground network and it also includes lines under construction at the time of manufacturing, such as the DLR extension to Woolwich Arsenal station. If London is for some reason important to you, then this shower curtain makes a great way to pay homage to it. 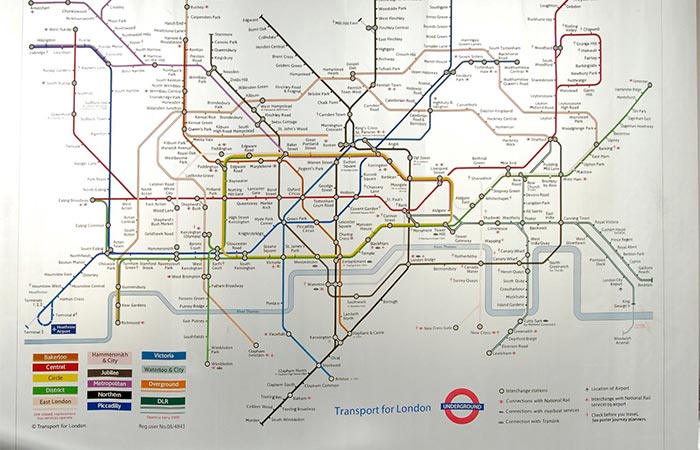 Having this image printed on it is not the only awesome thing about this shower curtain. It was made from 100% biodegradable PEVA vinyl which makes it odorless. You won’t have to suffer through that unpleasant plastic odor while in the shower with this curtain. In order to keep it clean, simply wipe it with a damp cloth and remember; do not put it in the washing machine otherwise you’ll have to say goodbye to it. It was also equipped with metal grommet reinforced holes and measures 72 x 72″. 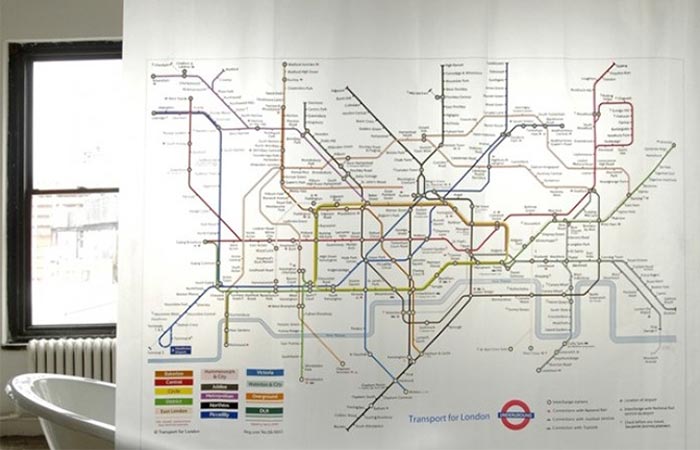 This brilliant shower curtain can be a cool gift, or a way to change things up in your bath

If you like the design behind this shower curtain but London is not your cup of tea, Izola has designed shower curtains showcasing the transit systems of Chicago and Boston, so you can choose whichever you like best.