You love the look of 35 mm Lomo analogue photos but prefer the benefits of modern-day technology and instant shooting? Well, with the Lomo Instant by Lomography fresh on the growing instant camera market, capturing those old-school shots has never been easier. With a bunch of neat features such as the advanced lens system, unlimited multiple and prolonged exposures, color flash gels, 3 shooting modes, a tripod mount and a cable-release thread, this little retro camera may as well be the future of creative on-spot photography.

Dubbed as the world’s most creative camera, the Lomo Instant sports an advanced lens system embodied in a built-in 27mm equivalent wide-angle lens, 42mm x 64mm exposure area, exposure compensation up to ±2EV and a fixed shutter speed of 1/125s when not on bulb photo mode. It also offers easy two-step focusing with 0.4m closest focusing distance for cool close-ups and selfies with minimal effort. Additional 170° fisheye and 35mm portrait lens attachments are also on offer as part of the lens package available from Lomography. 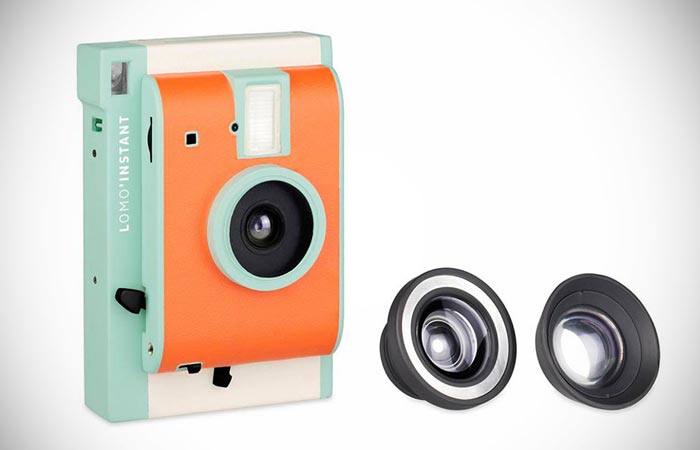 A follow-up to the Impossible Project with the aim of restoring the interest in lo-fi photos, the Lomo Instant camera features three shooting modes so you can decide to capture photos with automatic flash on for best on-spot results, or you may also choose to take your photo session into your capable photographer’s hands by means of two manual photo modes and experiment with flash-on (ideal mode for indoor shooting) and flash-off modes (best mode for long exposures when shooting at night). The color gels allow you to modify your photos with a number of Instagram-inspired filters, and for those who are keen on photo experimentation, the Lomo Instant also features unlimited multiple exposures so you can combine several shots in one composite frame. Also, the infinite long exposures make this miniature camera a perfect choice for low-light circumstances and shooting at night because they let you customize the photos at will and add a personal artistic light-painting touch to your light-streaked instant pics which you can share instantly with everyone you care about.

In addition to that, the Lomo Instant features the largest aperture setting when it comes to instant cameras – with maximum aperture of f/8, you will get brighter photos but you can also opt for the a smaller aperture (f/11, f/16, f/22 or f/32) if you want to focus on crucial points in a landscape photo with lots of details. The Lomo Instant uses Fujifilm Instax Mini films, the world’s most widely accessible instant film well-known for its image brightness and clarity. The camera runs on four AAA batteries and the shipping package should also include some cool extras too, such as a tripod mount and a cable release thread for your most impressive instant pics ever. Plus, the Lomo Instant is available in four originally designed editions packed in an ultra-portable size, allowing you to match the camera to your personal style and take your creative pictures wherever and whenever you feel like it.

The first deliveries of the Lomo Instant are expected to begin in November 2014, so make sure you get a hold of yours on time. watch video below 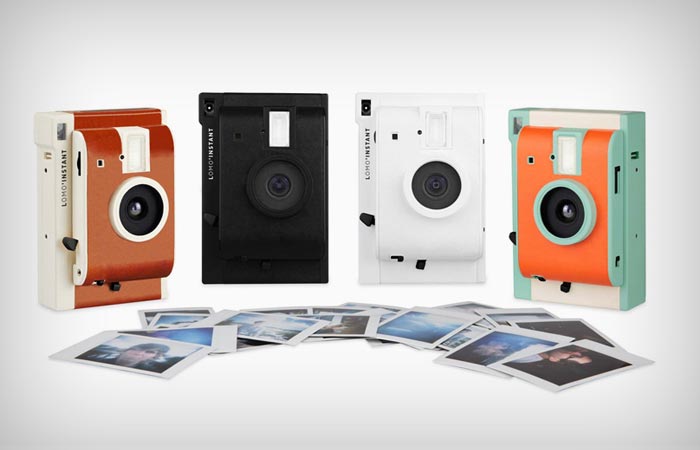