So, the year is almost over and it’s time to do a recap – today’s topic summarizes our favorite colognes we’ve used over the years. If you want to be up to date and smell as manly as you can, check it out. We’ll list out ten colognes that you should take a look (and smell) at if you’re planning to buy yourself an early Christmas gift.

The first four on our list were actually awarded fragrances of the year in different categories by Fragrance Foundation Awards (which is pretty much the Oscars of fragrances) – we’re telling you this so you realize how important this stuff is. So, enjoy and we hope you’ll find something that suits you perfectly in our short but amazing list. 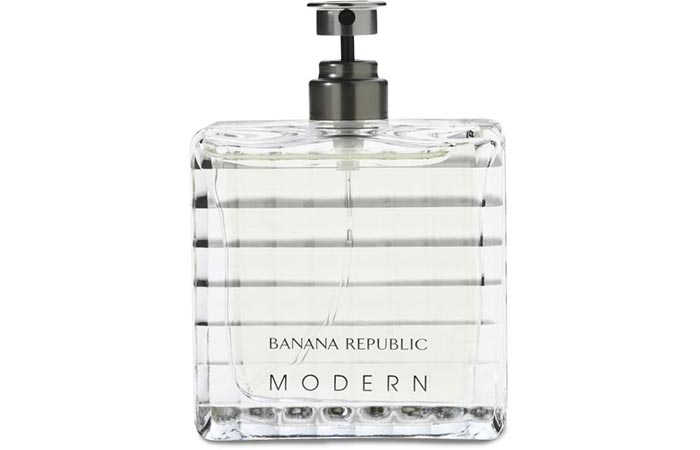 Continuing with the Fragrance Foundation Awards, we present you the most Popular fragrance of the year: Modern Banana Republic Man. It has a mixture of a spicy and chilly effect, combined by Irina Burlakova and Vincent Kuczinski of Mane. The top notes include Sparkling Watery Accord, Red Seaweed, Juniper, and Grapefruit – and even if it may seem like a weird combo, it actually turns out to give this amazing smell that all the ladies are going to love. You can’t go wrong. 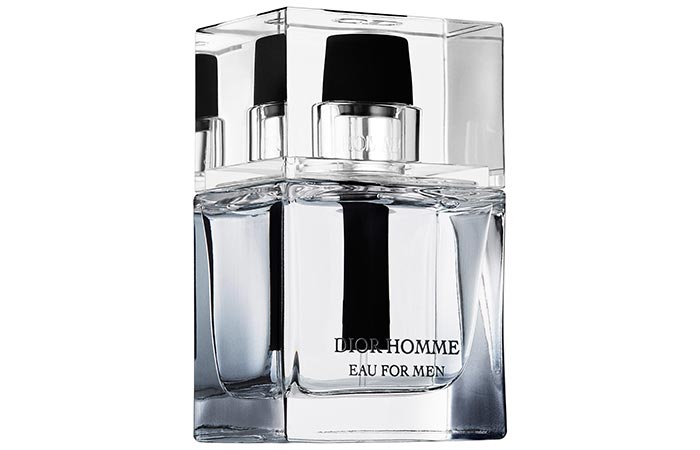 This one got the Prestige fragrance of the year award at Fragrance Foundation Awards, so we can vouch for its prestige-ness. And no wonder, Dior Homme Eau for Men features spicy top notes of Moroccan grapefruit, Calabrian bergamot, and Crimean coriander – which gives it a certain edge and, well, prestige. Deeper inside, you can find the elegance of Tuscan iris, as well as the sophisticated Virginia cedarwood. Yeah, we know, lots of big, important words. Well, Dior is well known for its popular fragrances and this one even reached the year’s top four – isn’t this a good enough reason to try it out? 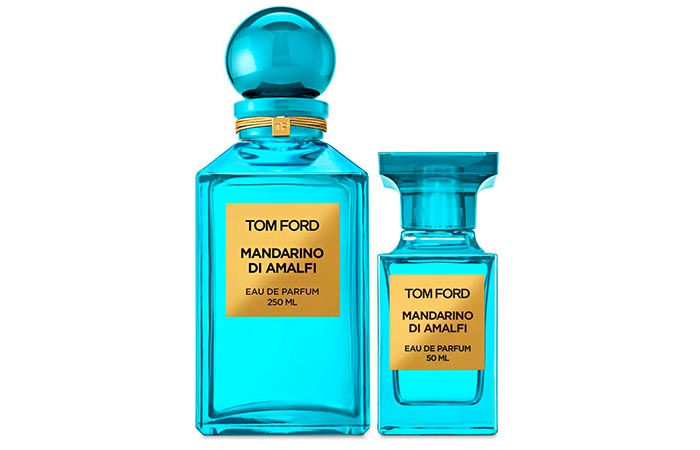 Rated the Luxury fragrance of the year, Tom Ford Mandarino Di Amalfi is actually a unisex perfume – will make a grea Christmas gift for a loved one (so you can steal it from her when she’s not looking). It was launched in 2014 but as you can see, it reached the top of its popularity this year – and for a good reason. The fragrance created by Calice Asancheyev-Becker has notes of tarragon and mint over a citrus heart and musky, woody dry-down, according to BusinessInsider. It’ll definitely blow you away, figuratively speaking. 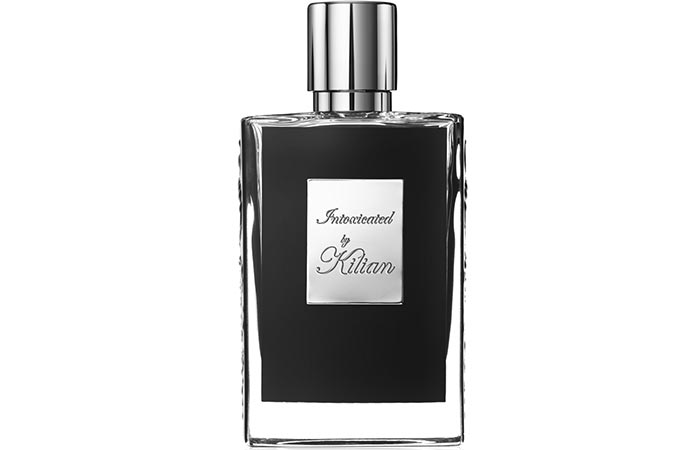 The fourth winner of the Fragrance Foundation Awards is Intoxicated by Killian, which won the Indie fragrance of the year award. It smells like coffee, cinnamon, cardamom and nutmeg, and the combination was created by Calice Becker. It definitely fits the name – many have been “intoxicated” by it since it was first launched back in 2014. Just like the first one on our list, Intoxicated is a unisex perfume, which means you and your better half can get a bigger pack and then just share.

Now, the following colognes may not have won any awards, but were definitely in the top for this year, and are bound to stay in the top for a long time because of their timeless notes and the fact that they appeal to both the one who wears it and the one it’s aimed at. 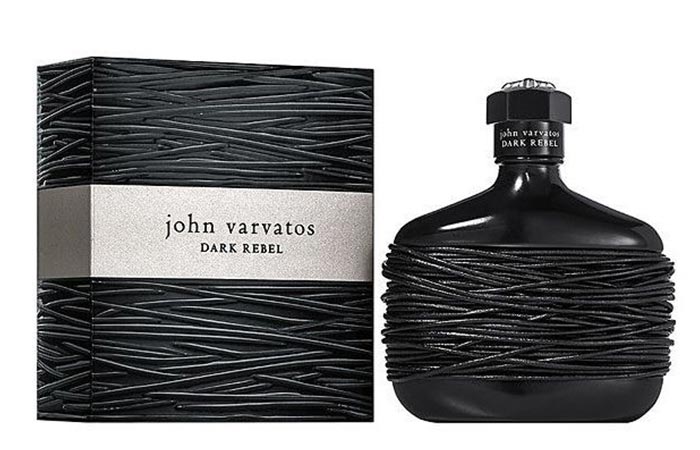 Feelin’ rebellious? If you are, this is the right cologne to depict your mood. It came out only around two months ago, in September, inspired by the designer’s return to Detroit, and goes under the slogan “From Darkness Comes Light.” For men who like to defy gravity, the top notes are Jamaican rum, Cuban sugar cane, davana, cardamom, and clary sage.  Altogether, the fragrance will remind you of smoke, sweet tobacco and the woods… feel like a true rebel that you keep somewhere deep inside, and show it off with John Varvatos Dark Rebel. 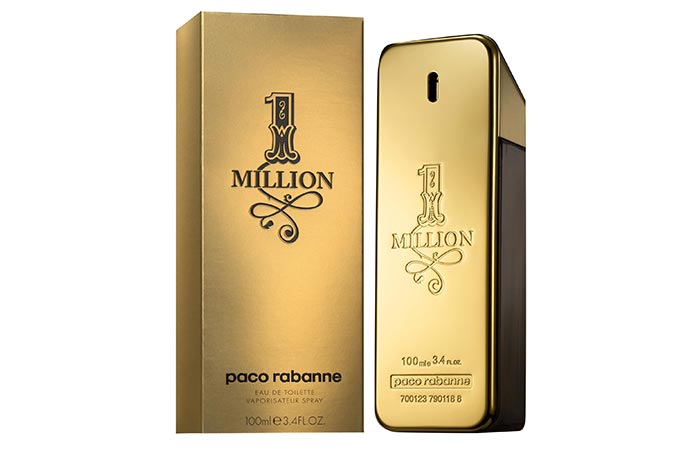 If you haven’t used it so far, your best friend or brother has. It’s a pretty famous fragrance and if you’re one of the few who haven’t tried it yet, now may be the perfect time to do it. According to Fragrantica, the creator of Paco Rabanne 1 Million said: “In all civilizations and religions gold has always managed to seduce people” – and boy is he right. This golden perfume features the scents of sparkling grapefruit, red orange, mint, rose, cinnamon, spices, blond leather, blond wood, patchouli and amber – and together they make an irreplaceable combination. 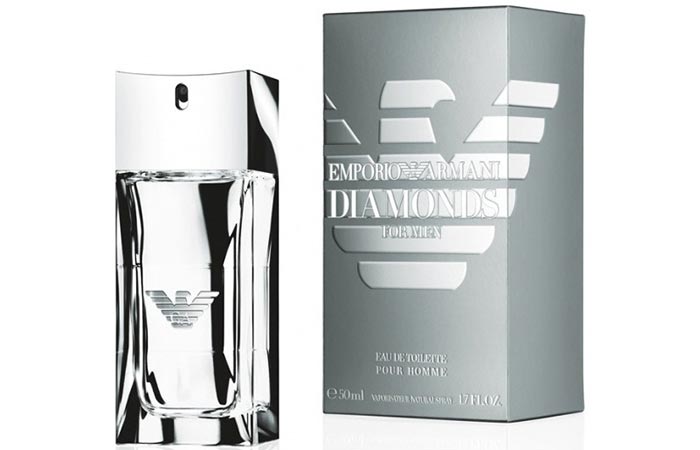 Launched back in 2008, Emporio Armani Diamonds is a true men’s scent – woody and aromatic. Its top notes are bergamot and guaiac wood, while down below you’d also find vetiver, cedar, and Sichuan pepper, as well as cacao and amber. The nose behind this fragrance is Jacques Cavallier – and he obviously knows what “manly” means. Fun fact: its square-shaped bottle is meant to look like a square-cut diamond, and was designed by Giorgio Armani himself. And you’ll definitely feel as perfect as a diamond if you wear this one – and the ladies will know.

This cologne has a long history and there’s a good reason it’s still around – and on our list. It first came out in 1994, two years after its female equivalent, and re-launched in 2012. Today, it’s considered a classic. The dry, aromatic fragrance of the re-edited version of Dolce & Gabbana opens with notes of tangerine, bergamot, and neroli. You could say that the altogether combination smells like tobacco and oranges – a pretty exquisite scent.  Find out why this one came out again and trust us: you won’t be disappointed. 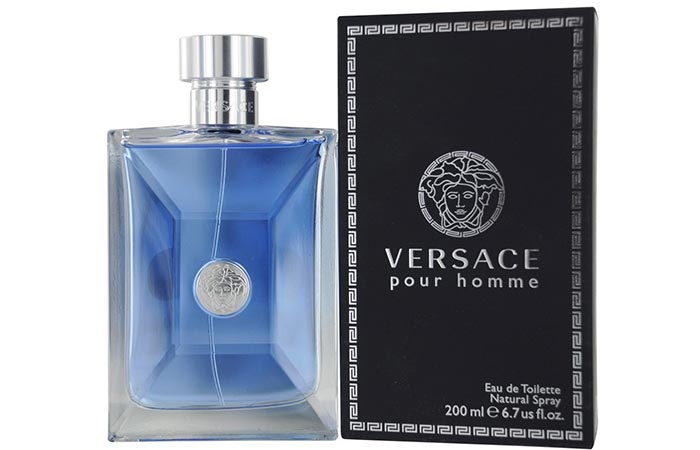 The notes of Versace Signature consist of Jasmine, Moroccan cedar wood, musk, Kashmir wood and azalea – and even on their own they sound pretty amazing. Initiated in 2007, it’s one of men’s all-time favorites when it comes to gifts for both themselves and their friends, fathers, brothers etc. This one is always a good choice, so you won’t go wrong getting it even if you never tried it out before. The scent will keep you fresh and as manly as ever. 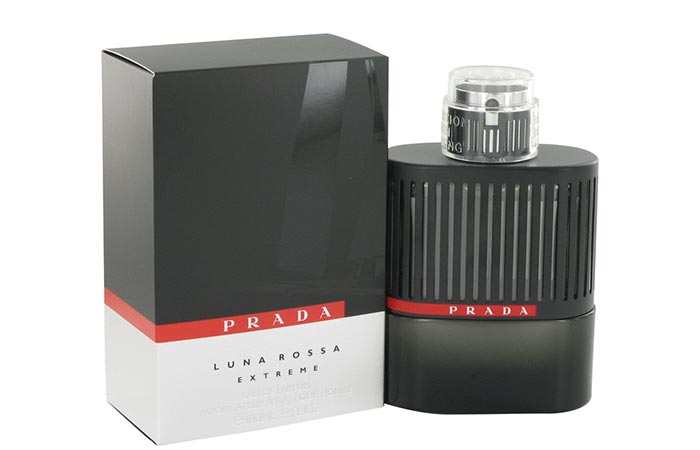 Last but not least, Prada Luna Rossa was named after the sailboat and the sailing team “Red Moon” (Luna Rossa), which participates in the American Cup competitions, according to Fragrantica – and that’s where the inspiration for it came from. The main notes are lavender and bitter orange, and it will remind you of sailing, marine, prestige and victory. The bottle was also inspired by it, made to look like a modern sailboat. So, man up, get this perfume and get going. You’ve got places to be and thing to see!

How to pick the right cologne?

So, if you’re tired of your current cologne and you want to get yourself a new one, you may find yourself a bit confused as to what you should think of when buying a new fragrance that’s gonna follow you around wherever you go. If that’s the case, we’re here to help you figure it out. It’s not that hard: there are a few things that are going to help you decide.