In the beginning, TV’s were colorless, had small screens and were bulky. Even a few years ago, with the release of larger screens to try to capture a “cinema” experience, 40” TV’s weighed as much as 80 pounds. This posed a variety of problems, including transportation and, frankly, it was an eyesore. Well, thanks to technological innovation, and a new unveiling at CES 2017, the LG W7 OLED TV aims to change that completely.

The W7 could almost literally be seen as wallpaper since this 65” and 77” TV only measures a tenth of an inch in thickness. This is an astonishing 2.85mm! 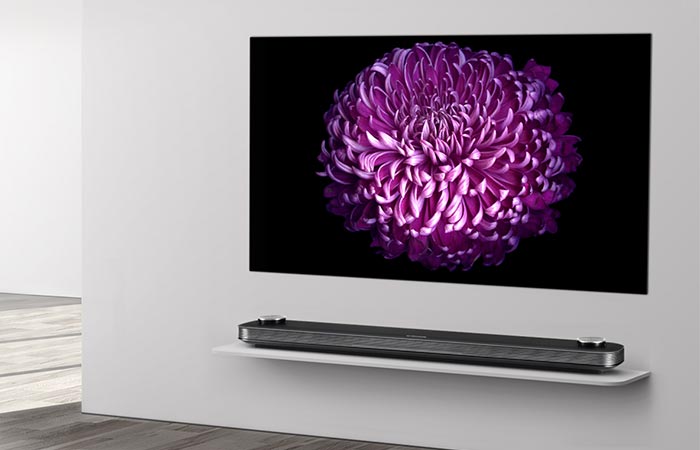 This TV features a spotless ultra HD 4K resolution. It also displays 1 billion colors and has perfect blackness without any color bleeding.

Obviously, at 2.85mm thick, there’s no space for any inputs or speakers. So, to counteract that problem, the LG W7 comes with a Dolby Atmos Sound Bar. The sound bar features twin upright firing speakers that extend out of the device when the TV switches on. They also pump out sound at 60-watts and come with a variety of inputs for DVD’s and consoles. The TV connects to the sound bar via a proprietary ribbon cable. Check out the video below. 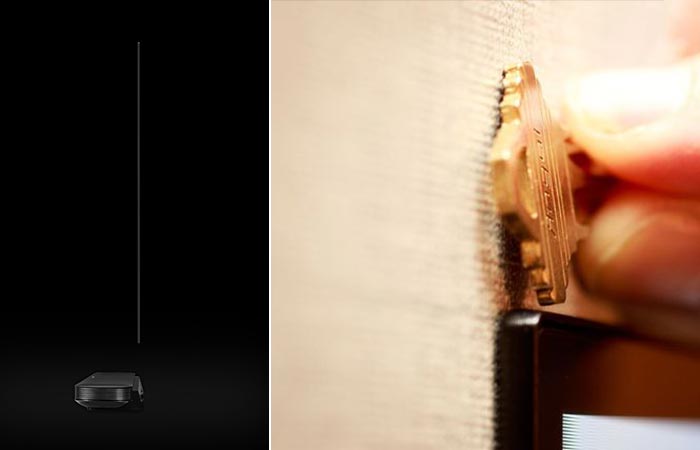 At 2.85mm thick, this TV is not much thicker than a key, even with its wall mount. (Right Image Source)

The W7 itself can also show 99% of the DCI P3 color space, which is marked improvement from last year’s models’ 97%. Peak brightness has also been increased by 25% and latency has been improved from 50ms to 30ms. A new anti-reflective treatment also drastically reduces glare. It also has an impressive 4K resolution with perfect black and cinematic coloration at a billion colors. 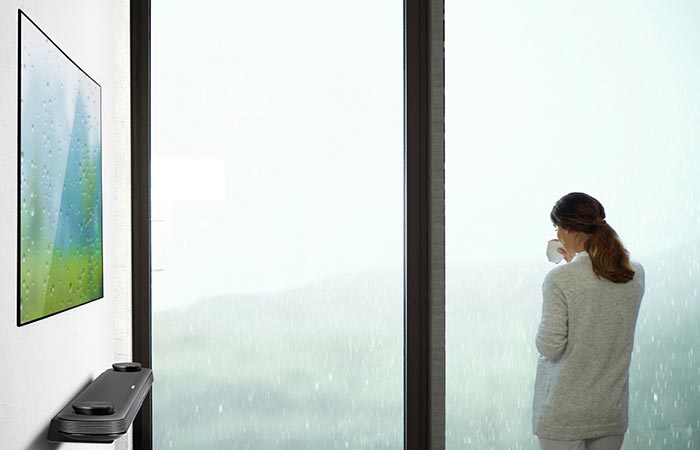 The sound is supplied by the Dolby Atmos 60-Watt Sound Bar at the bottom. The sound bar also has all of the inputs that you need for consoles and DVD machines.

The 65-inch model will be available for purchase in March, while the 77-inch version will be available later this year. Although, there has been no word on pricing as of yet, it is going to be fairly expensive. But who cares about price when it can blend into its surroundings.

Check it out at LG here.