Wouldn’t it be cool to have your own personal Batmobile? That’s probably just what the LEGO creative team thought when they decided to design the Tumbler and accompanying miniature action figures from the famous 2008 superhero feature The Dark Knight by Christopher Nolan. Though considerably smaller than the big-screen original, the Tumbler is about to become widely available to the public as part of the LEGO Ultimate Collector’s Edition – and judging by the model photos released so far, it looks astonishingly true to form too.

Approximately 15 inches long and 9 inches wide, the Tumbler will consist of 1,869 pieces, sporting an armored exterior, adjustable wings, detailed interior cockpit with ‘INTIMIDATE’ written on the console screen, a nameplate and jumbo rubber-tread tires. In the package, you’ll also get a fact sheet listing all the vital Batmobile movie info, a commemorative plaque and stand, as well as mini-figurines depicting a Christian Bale-ish Batman and Heath Ledger-styled Joker.

With the announced price of USD 199, the LEGO Tumbler set is due to see its worldwide debut at the 2014 Comic-Con International convention in the San Diego Convention Center July 24-27, and you can hope for the first official sale dates sometime in September. Make sure you keep an eye out for early deliveries at LEGO stores and online, because the famous Tumbler from the Batman film series is truly a valuable collector’s item for any fan of LEGO collectibles. 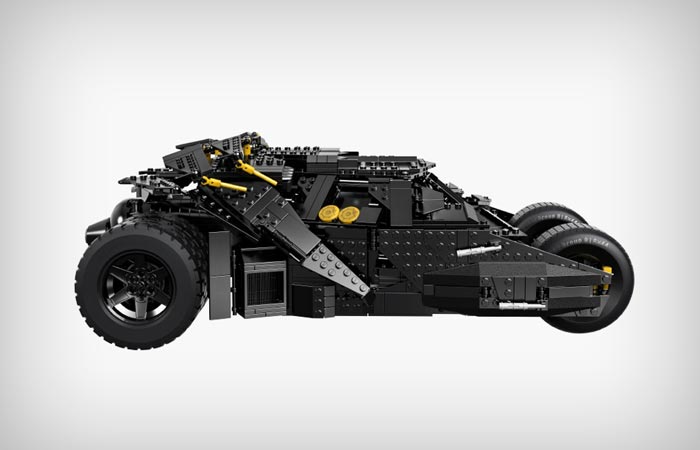 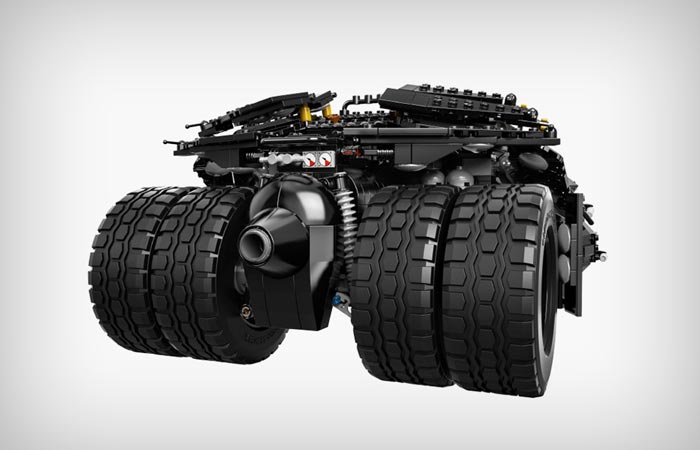 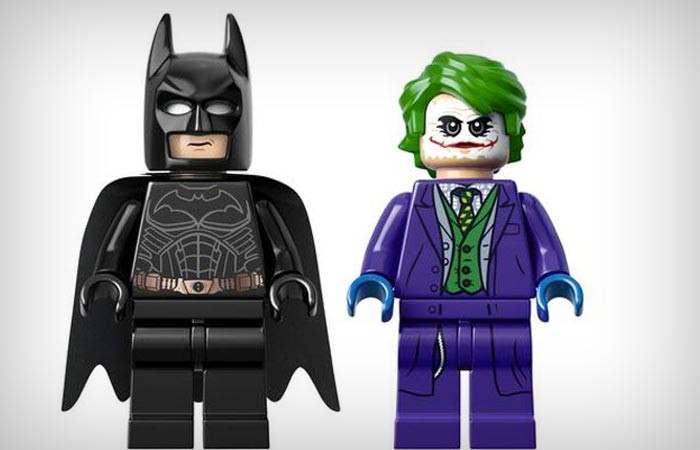