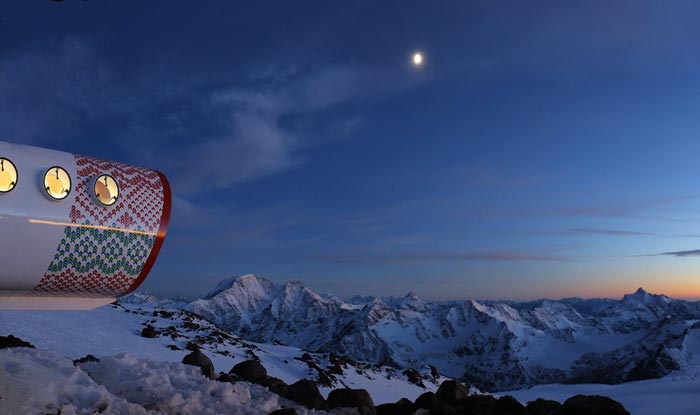 If you are faint-hearted, terribly scared of avalanches, prefer quiet and safe vacationing, and hate snow, than the LEAPrus 3912 Hotel on the Mount Elbrus, in the Caucasus mountain range, is definitely not your cup of tea. If you are anything but what we have just mentioned, have a look at this magnificent one-of-a-kind winter hotel designed by a team of Italian architects from Leap Factory whose specialty is designing accommodation for extreme conditions. By the way – LEAP is short for Living Ecological Alpine Pod which gives you a rough idea of what the company does.

The LEAPrus 3912 is perched atop one of the highest peaks in Europe, at an altitude of 3,912 metres, hence its name. It spans a total of 139 square metres (or approximately 1,500 square feet) and it is made of four stations which were brought from Italy to Russia and transported to the mountain by a helicopter. The expected life span of these fiberglass stations / modules is 50 years. 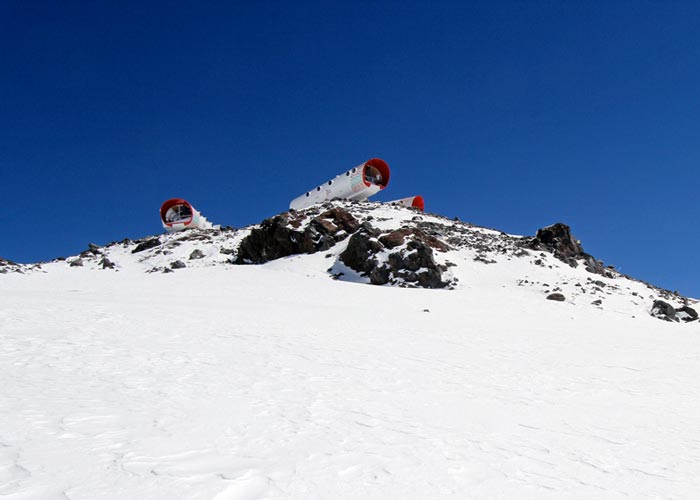 The hotel is completely self-sufficient, it has a sleeping quarter with 46 beds, a kitchen & restaurant area, toilets, a biological de-purifier, a floor heating system, a living area, and separate accommodation for the staff. In terms of power supply, LEAPrus 3912 has a photovoltaic film incorporated into the exterior shell which generates enough energy to run all the installed equipment. The hotel also has its own system for melting substantial quantities of snow for water supply.

Leap Factory were commissioned by North Caucasus Mountain Club to build LEAPrus 3912, and the hotel opened for business in September this year. 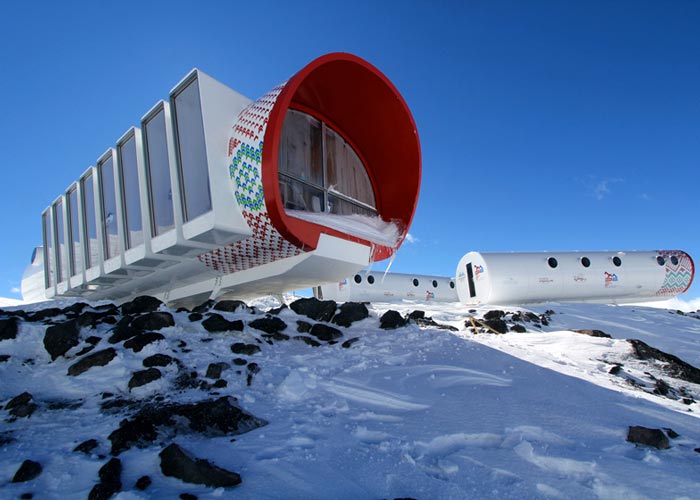 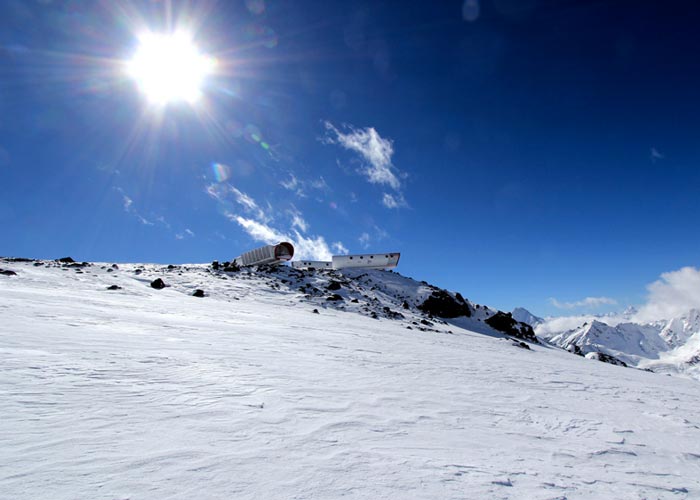 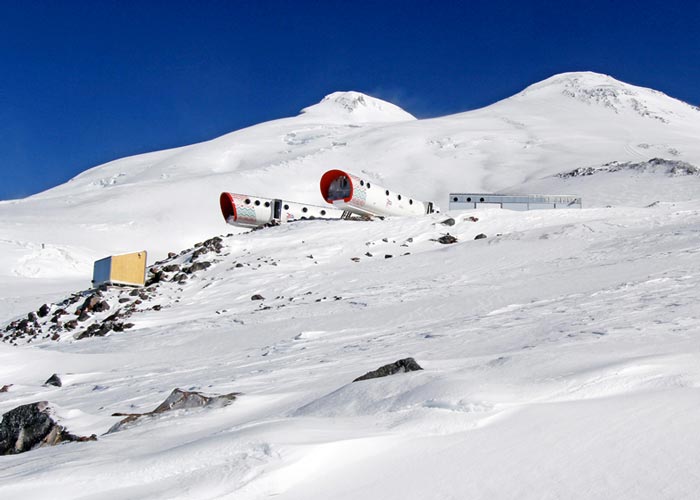 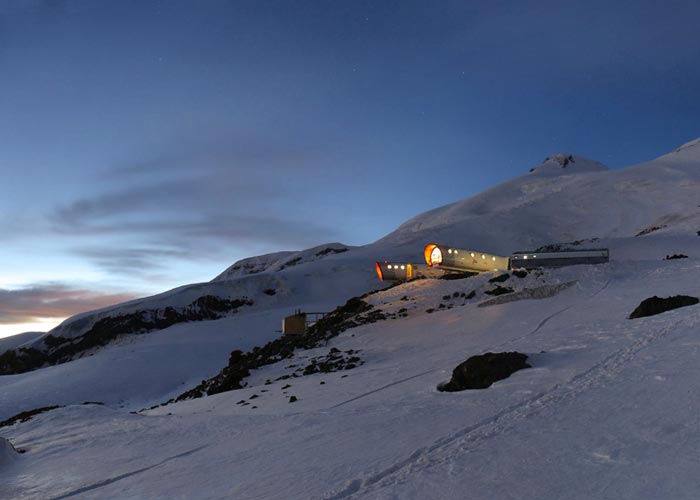 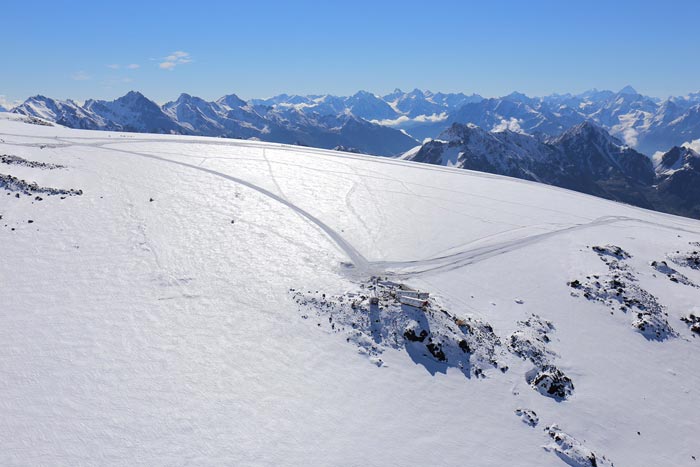 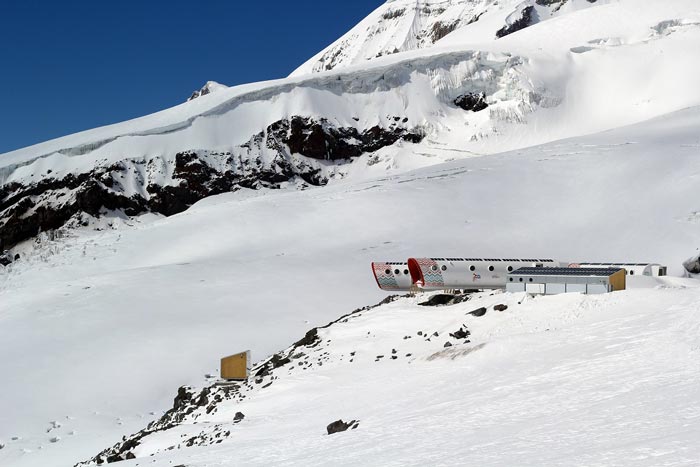 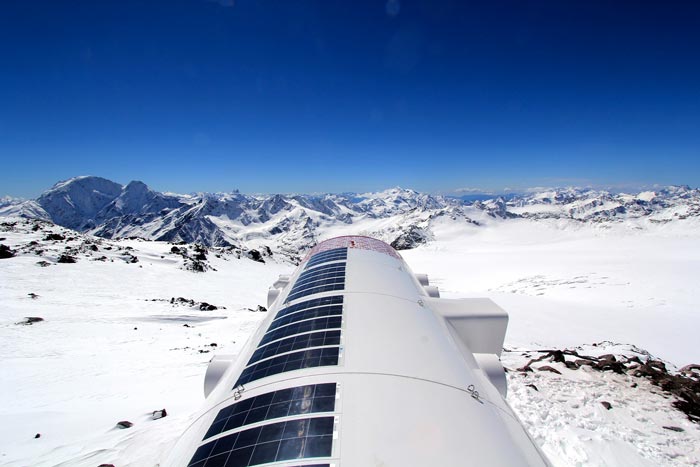 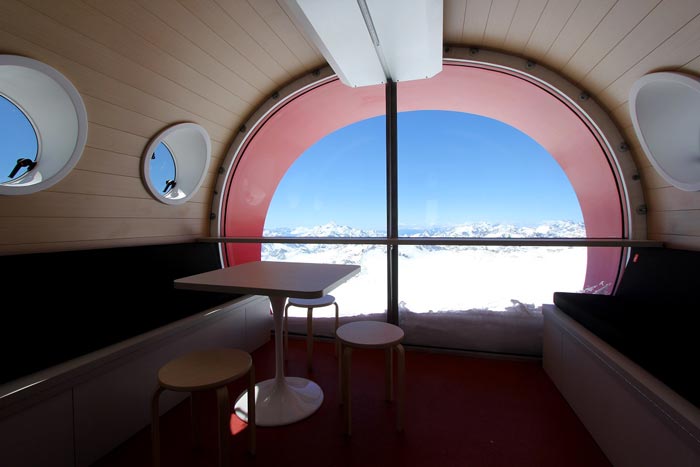 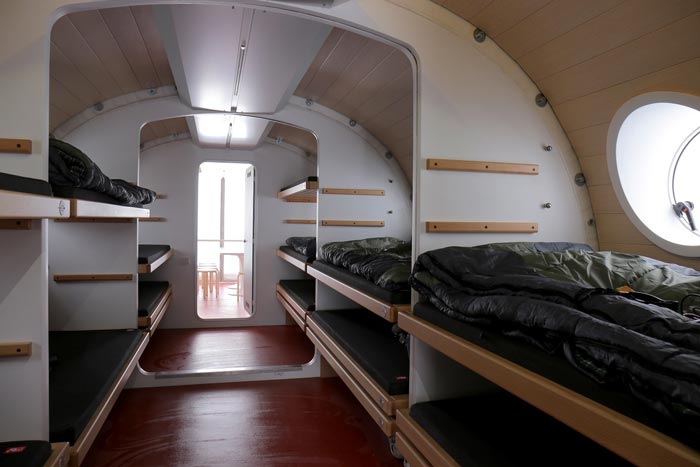 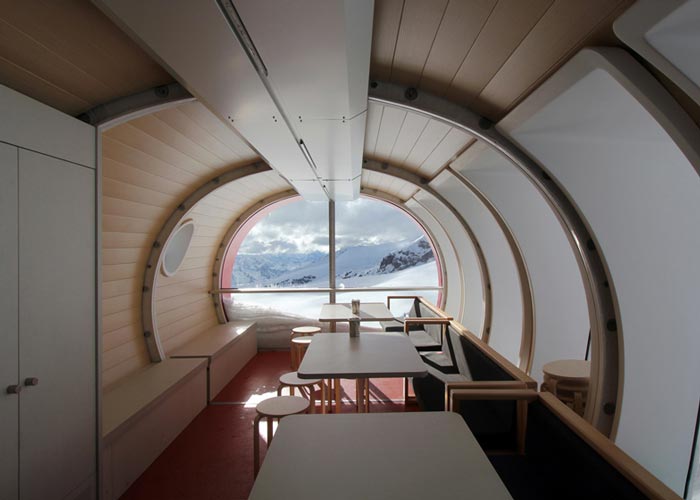 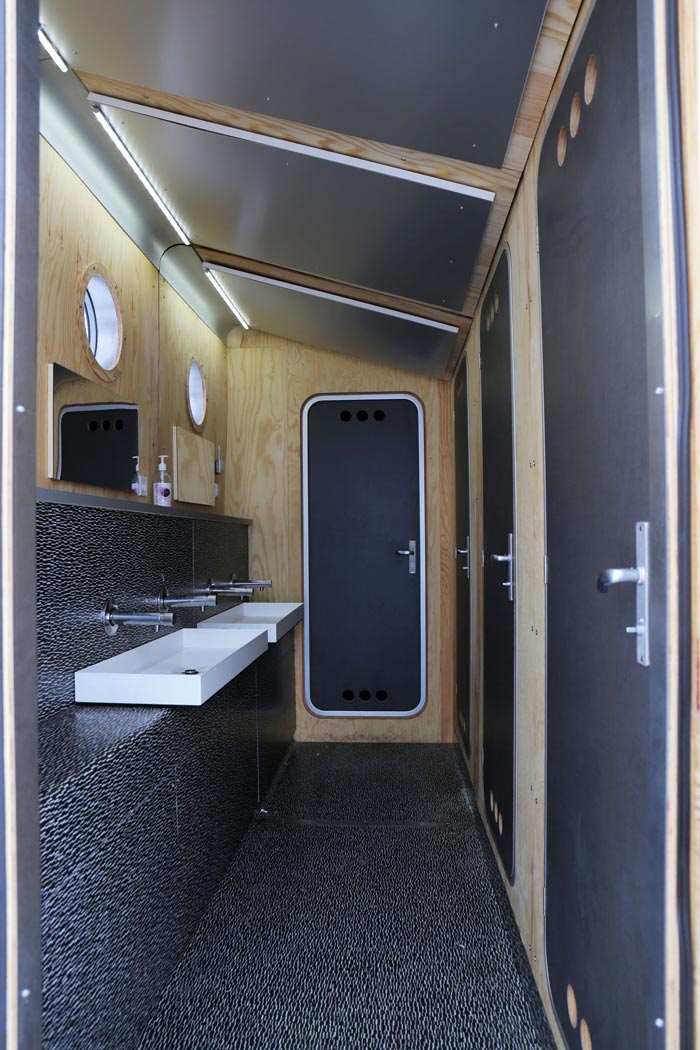