There’s no denying that when it comes to cool, James Bond has been the very definition of ‘cool’ for the past 50 years. From outlandish spy gadgets to awesome rides, everything about James Bond was awesome. However, this time around, you can actually get your hands on a piece of James Bond’s equipment. The Land Rover Defender 90 Spectre Edition. 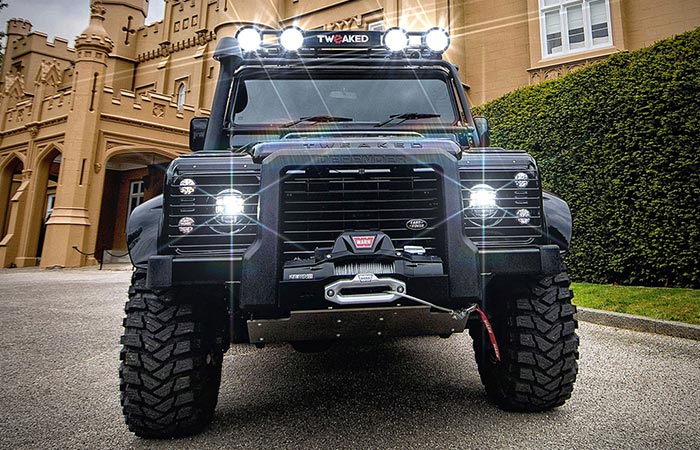 This beast features a 4-cylinder turbodiesel engine that pushes out 165 horsepower!

The creators of the Land Rover Spectre Edition, is the London based automotive shop called Tweaked Automotive. This Land Rover is an exact replica of the one used in the 2015 James Bond movie entitled Spectre, and, to put it plainly, it’s a beast.

It features a 2198cc 4-cylinder longitudinal turbodiesel engine that pushes out 165 horsepower through a 6 speed manual transmission. This vehicle is, obviously, 4 wheel drive and features phenomenally large 35 inch tires with 16 inch beadlock wheels and 361 pound feet of torque.

Essentially, this means that this beast can take on any terrain that either you or James Bond can throw at it. 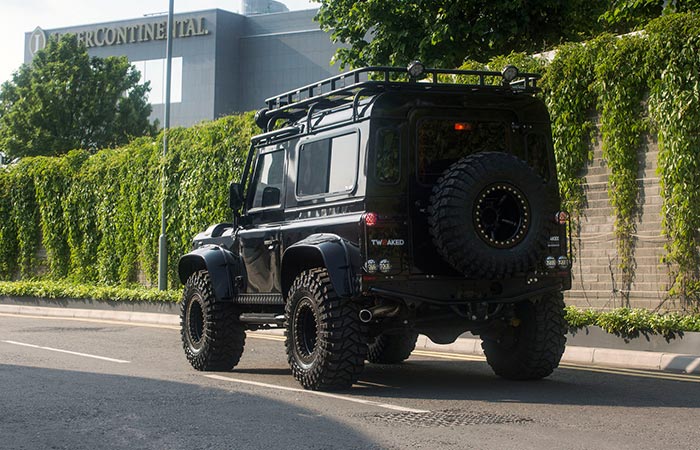 With 35 inch tires fitted onto 16 inch beadlock wheels, this beast will take you where no other vehicle as dared to roam.

From mountains to rivers, the Land Rover 90 Spectre Edition can and will take you through it. As for the interior, every part of it customizable to the purchaser’s request. However, to actually get your hands on one, you need to call in for both customization and for pricing according to what you want. [via] 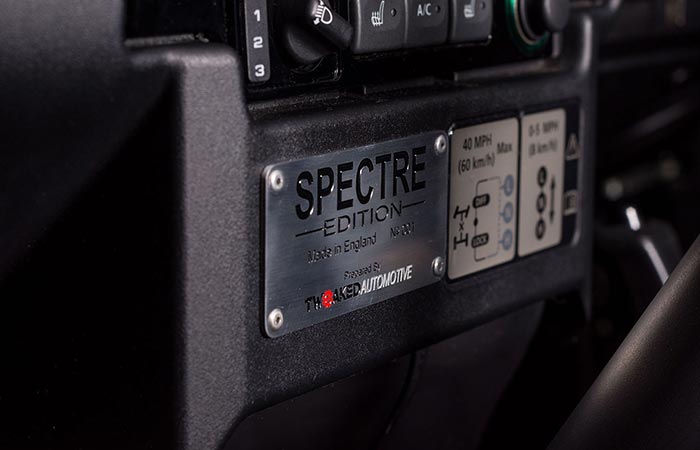 Of course, it wouldn’t be complete without a plate stating that it’s the Spectre Edition. 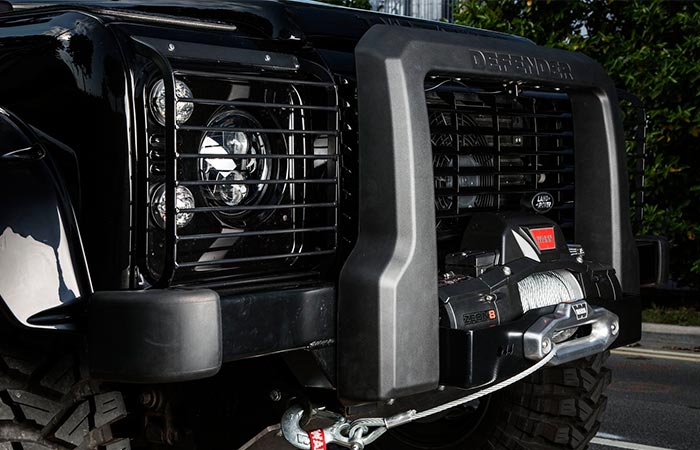 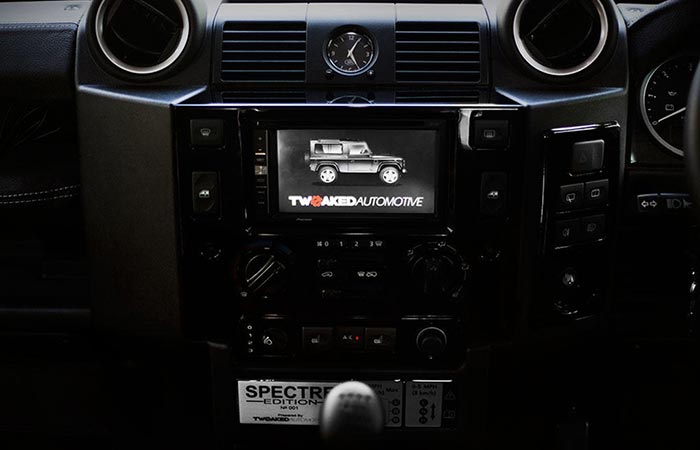