Fraher Architects gave new life to a 19th-century London house that was unoccupied for over a decade. Lambeth Marsh House is a two storey house originally built for artisan workers in Conservation area in Lambeth and features the look of traditional brick built terraced houses.

The idea behind the renovation was to respect the heritage and restore as many details as possible. The big part of the process was restoring all the floors as well as wooden wall panels, fireplace and architraves. 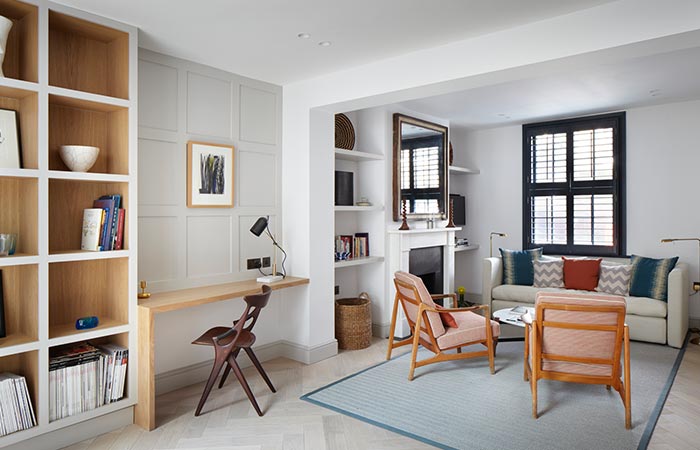 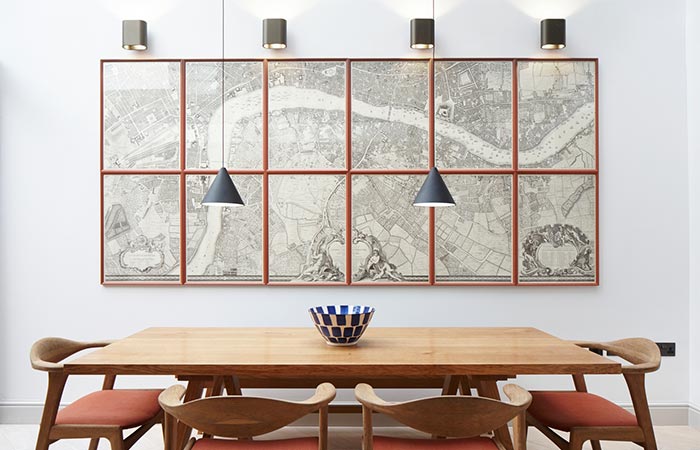 The old 19th-century house is located in London.

The traditional setting of the building is mixed with modern elements, especially the furniture. The lower floor was opened up to create a bigger and lighter living area. As for the interior, it features mostly wood and white walls that additionally make the rooms look bigger. 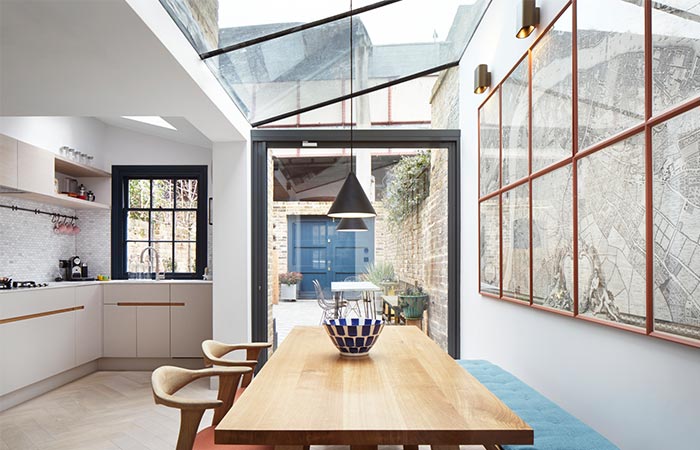 The house was built for artisan workers but was unoccupied for more than ten years. 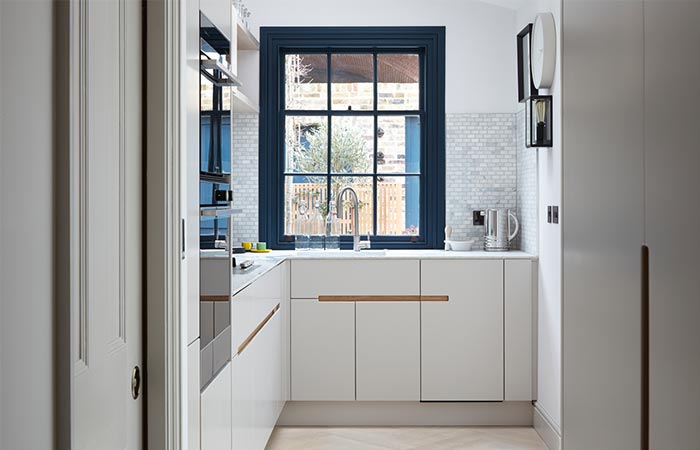 Architects had a challenge of redesigning the place as their goal was to restore some of the old furniture. 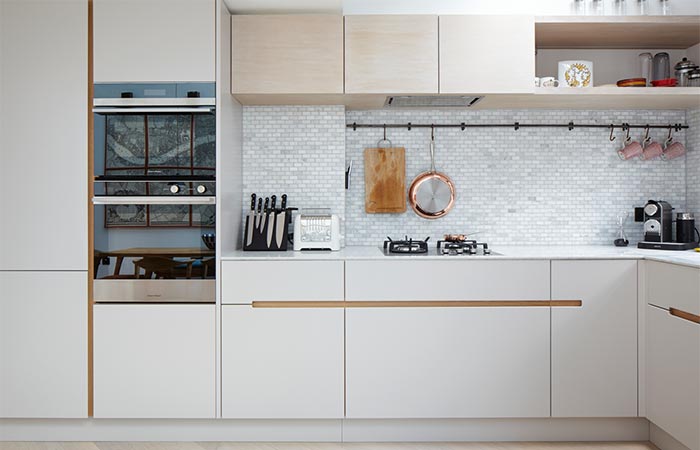 The kitchen is bright and features minimalistic elements.

The kitchen and the bathroom use the same elegant white and grey tiles. The glass roof extension is a nice transition from the old to the new and provides the room with lots of light. In the drawing room, there’s a minimalistic European oak bookcase with hand painted frame, the same material used for the bathroom mirrored cabinet. 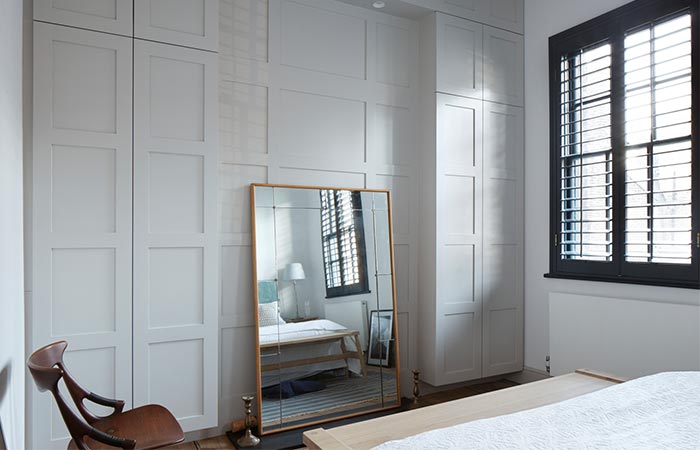 The bedroom is on the top floor. 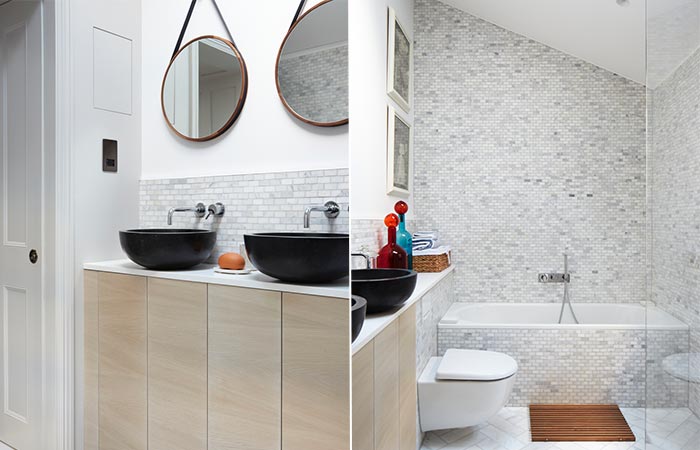