Ar, ar mateys, are you ready for some good, strong rum! We introduce to you the Kraken Black Spiced Rum, a strong and spicy high quality, 47% (94 proof) alcoholic beverage which is said to contain up to 11 secret spices. This original product is produced by Proximo Spirits, and it was first introduced and launched  in UK in  2010. It is an imported Caribbean  black rum, and the country that it originates from is Trinidad and Tobago. So this sweet molasses based drink with hints of spices such as ginger and cinnamons, that give it that rich and spicy note, is a pretty exotic and intriguing drink. 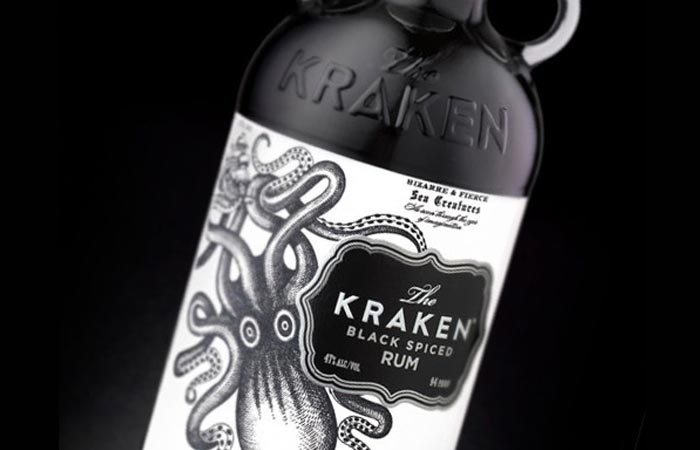 The Kraken rum is named after a legendary sea monster similar to a giant scary squid with huge frightening tentacles, that the old sailors believed to have spread fear and terror through the world’s seas and oceans in 18th and 19th centuries. So this mythical creature is very originally represented on the bottle label in black and white. It’s interesting to know that the bottle style is in a way a vintage design, because the inspiration for it was a Victorian rum bottle, with two handles that were used by sailors to hang the bottle so it wouldn’t break. 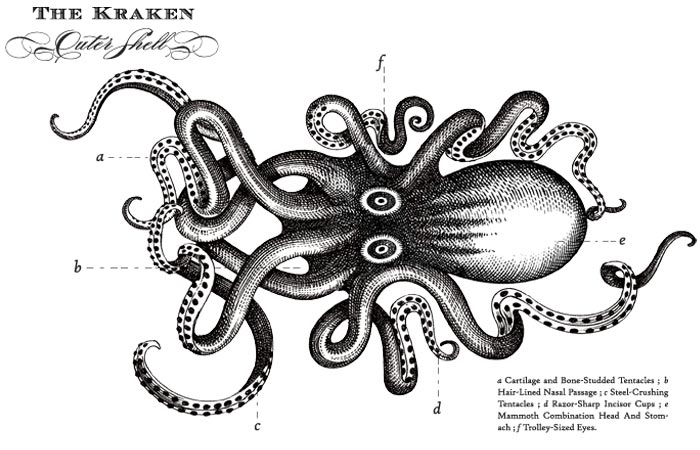 This smooth, spicy, sweet fantastic black rum is becoming increasingly popular among lovers and fans of navy style rum because of its original design and exquisite spiced taste. It is a dark black rum of amber brown color when you perceive it in the light. It is so great that you can drink it straight up and dry. But if you would like to try some different combinations and experiment with its taste you could mix it with coke, ginger ale or lime, you won’t regret it.

So dare to try this strong dark rum and it will definitely be so good that it will swipe you off your feet! 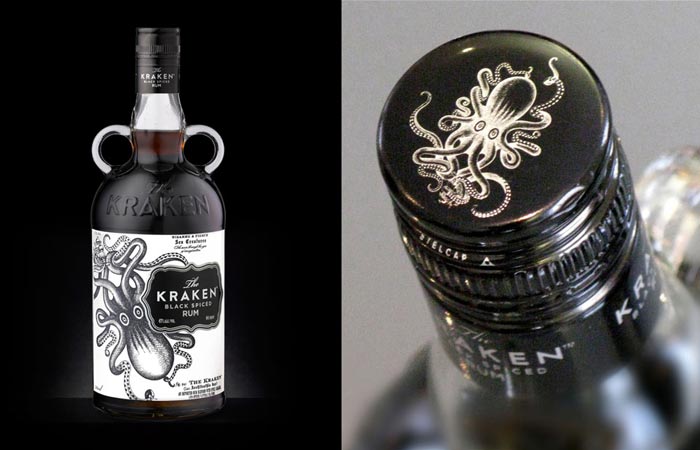