If you’re concerned about the safety of your home or office, you’ll be glad to hear that an affordable and reliable home security device has finally arrived – costing less than $100 and extremely easy to set up, Korner Home Security is the world’s first one-piece door/window security system that combines unobtrusive looks and ultimate functionality.

According to Korner CEO Steve Hollis, Korner Home Security is a system that “anyone can use and everyone can afford.” Having spent a good while at the drawing table, the Korner team of engineers came up with an original sleek design featuring a patent-pending sensor combination that connects to the Ethernet port of your router by means of the Fob (the system is based on the standardized wireless protocol dubbed Zigbee) and it’s easily controlled by a smartphone application (iOS and Android platforms) which will instantly alert you in case your home security is jeopardized. “What surprised us was the wonderful design flexibility that sprung from this very functional innovation,” Steve said. “But from that point forward we made a deliberate decision to focus exclusively on reducing cost and complexity”.

The combination of motion-detection sensors used in the device, the so-called Tag, is said to work better than the traditional two-piece gadgets of the kind, plus it’s much simpler to set up (the installation procedure takes some two minutes) and it looks better too. The Korner Home Security uses less power than the typical home security systems, so it needs smaller batteries and comes in a more inconspicuous package. Thanks to its slick contoured shape (64 millimeters long and 6.3 millimeters thick), the Tag can be easily stuck to door or window frames and it will completely blend in with its surroundings. Plus, the high-tech sensors will discern between heavy vibrations and actual entry attempts so you don’t have to worry about false alarms. 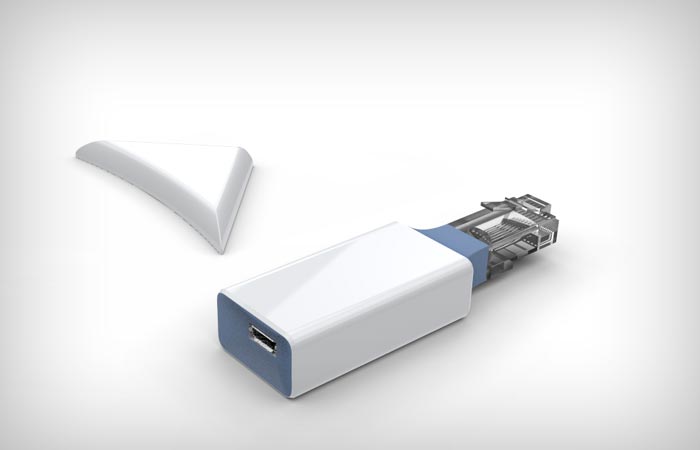 Upon detecting an intrusion, the Fob will let out a high-pitched tone and also deliver an instant alert on your connected smartphone application which will then offer you two options – to call the police or to forward the alert to your family, neighbors and friends in your customized security circle. You can disarm Korner Home Security via the smartphone application or the website and even set it to arm and disarm automatically based on a customizable schedule.

The producer says that the Fob is designed to support 15 Tags within the range of 100 feet, and thanks to the unique pairing system, you need not have any concerns about your home security interfering with that of your neighbors. Korner Home Security is fitted with CR2032 coin cell batteries which are widely available on the market and have a three-year cycle, and the built-in advanced power management system will promptly notify you via the application as soon as it’s time to replace them. You can recharge the Fob by means of the regular USB charger and thanks to the adhesive nature of the Tags, you can simply pop them off and re-apply them in case you decide to move to a new home.

The first announced shipping date for Korner Security System is December 2014, so make sure you don’t miss your next chance to maximize the level of your home security. watch video below 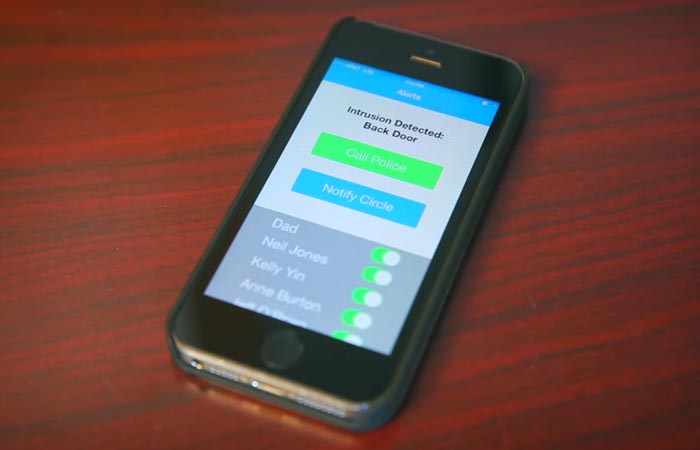 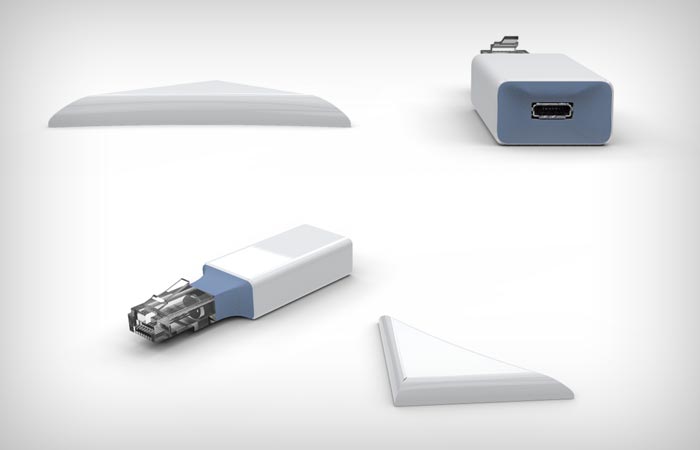