When you hear that Google founder Larry Page financially backs up a project or a startup, then it must be something worth discussing.  This is the case with the Kitty Hawk Flying Car, a commercial flying car that proves they are no longer just a part of sci-fi stories but are starting to be the reality.

The idea is to make several prototypes and work closely with the FAA- The Federal Aviation Administration. Even though it looks more like a drone for human use, it’s rated as an ultralight aircraft so you won’t be needing a pilot license to operate it. Also, it might seem hard to operate it but the company states that you’ll be able to learn in just minutes. 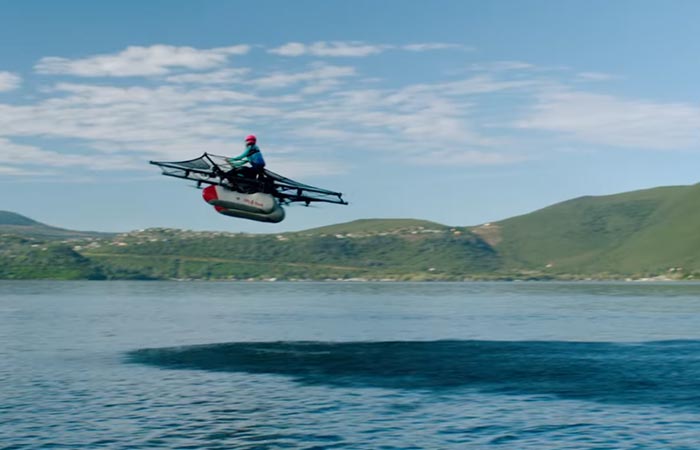 The construction itself features eight rotors, two on all four sides. The person operating it will sit on top of two pontoons and use a joystick for flying it. It can develop a speed of up to 25 mph and will be suitable only for water use and shorter flights. The Flyer will start selling by the end of 2017 and as for the price, it’s estimated to be around 1.2 to 1.5 million euros. You can already sign up by giving $100 and ensure a $2,000 discount on the finished model.

When speaking of this future method of transportation, the question is whether flying cars will be realistic for the middle class to own but also the amount of them in the sky. Some discuss that the infrastructure necessary to support such a new system will have to be determined, giving in consideration the safety of passengers. Good news is that this isn’t the only project of that type since some industry giants like Uber are starting to announce theirs as well.

Check out this promo video bellow and see how Kitty Hawk Flying Car looks like in action.