You become a parent and, before you know it, your old life is out of the window; pre-parent hobbies and recreational activities included. Not necessarily so! Let’s say you had been an avid runner before the little one came into your life and you would like to continue jogging but, heck, what are you going to do with the kid while you do? Take him or her with you! And here’s how you can. A group of entrepreneurs from Oregon has created the kidRunner, a running-style stroller or the so-called kid jogger. 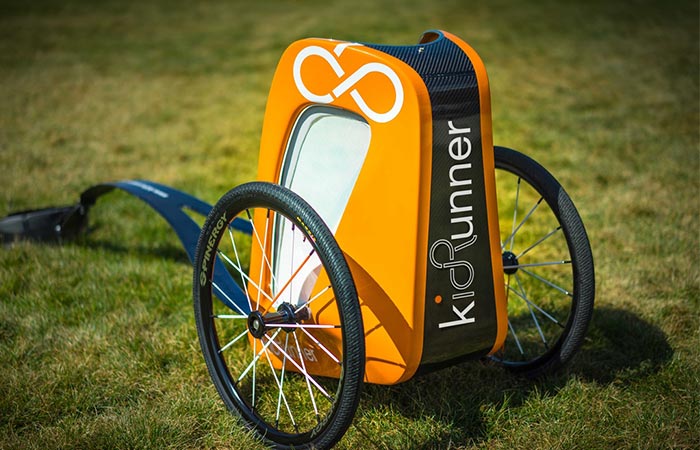 The kidRunner is made from carbon fiber and Kevlar

This innovative kid-towing stroller is made from carbon fiber and Kevlar and includes a two-wheeled cabin with a safety harness that can fit a single child. The kidRunner weighs only 16lbs (or 7.25kg) and the runner basically straps it to his body via a padded wrist belt. The belt is attached to a flexible bow which can move up and down and from side to side. With the kidRunner your arms and hands are completely free to move unlike when you are pushing a bulky stroller and losing a lot of strength in the process. 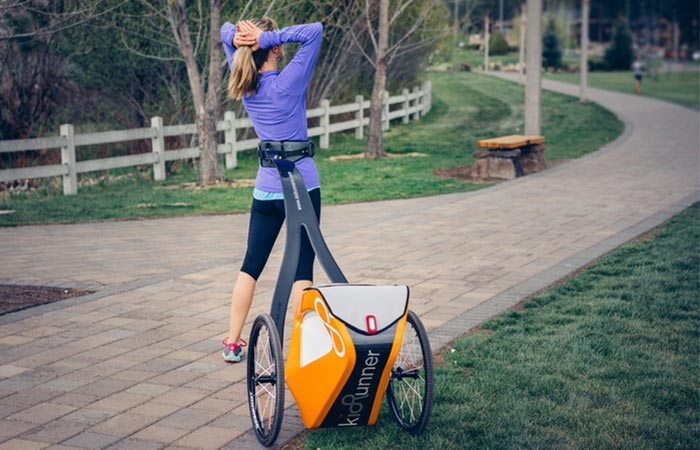 As we have mentioned, the kidRunner weighs only 16lbs which is 50% lighter than the majority of today’s most popular kid joggers. This is a high performance jogger that is adapted to all terrains and, most importantly, it is completely safe. 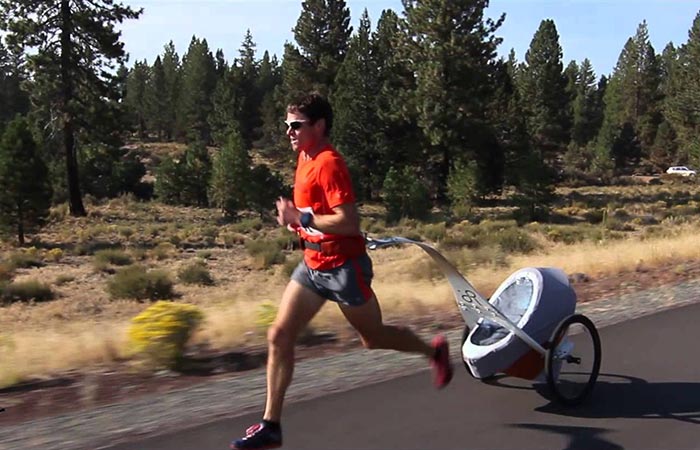 This high performance jogger is safe and adapts to all terrains

The kidRunner’s designers have launched a Kickstarter campaign to raise enough money to produce 15 of the units which would be tested by a group of selected athletes, mostly runners. If everything goes according to plan, and the designers raise the pledged $50,000, the first kidRunners will be ready for delivery in August 2015. [via]


Check out the kidRunner in action.