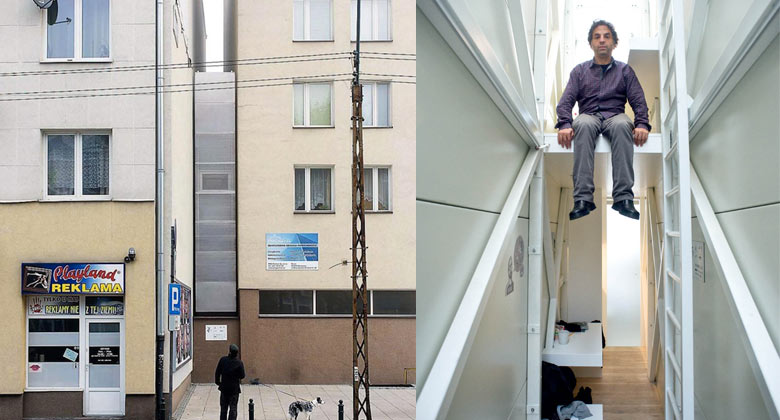 Many people like living or would like to live in a big house, whereas others prefer small spaces for living, but probably none of them would like the idea of living in the world’s narrowest house, even if they are not suffering from claustrophobia. At least until they see the project by Jakub Szczesny – the Etgar Keret’s house that is located in the former Jewish Ghetto district of Warsaw, Poland, named simply The Keret House.

He got this idea one day, while he was walking down the street. He thought that it would be great to fill the gaps between buildings and make use of that space, but he wasn’t so sure that someone would actually want to live there. Later on he shared his thoughts with an Israeli writer, Etgar Keret, who liked the project and accepted to try to live and work in this very roomy place, when he is in Poland. Reason why the house is named after him.

Etgar Keret was not the only one who supported the designer’s project. The Foundation of Polish Modern Art and Warsaw Town Hall provided funds for realizing his idea, because they considered it a piece of art. It turned out they were right, because it has become a Warsaw icon and it is on every tourist map. 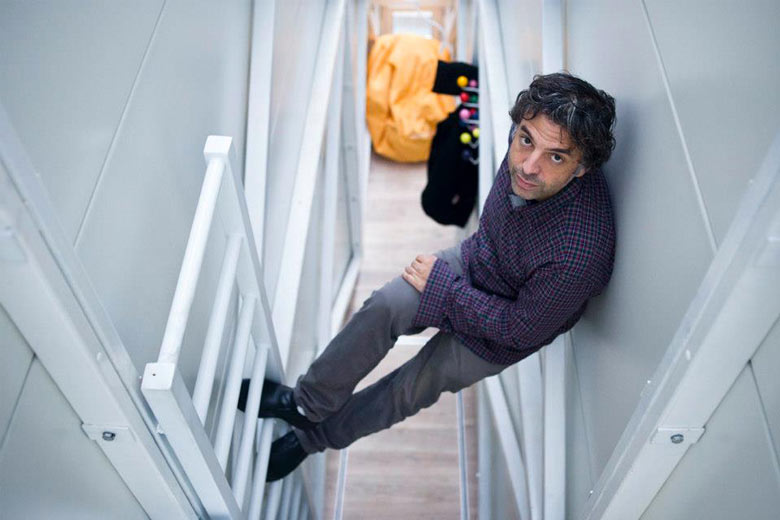 The exact location of this structure has a deeper meaning. It is set in an opening between a pre-war house and a modern building in the center of Warsaw. That way he connected the World War II tragedy that happened in this very city, when half of it was destroyed, and the new life that started after the war.

The width of the Keret House is 122 cm in its widest part and only 72 cm in the narrowest. The width of the opening where it is set, is just a bit larger – it varies from 92 to 152 cm. The reason why there is such a small difference is because they used materials, such as aluminum and plastic, to make the walls very thin and provide enough light for the interior, along with two windows that can’t be opened. These surprisingly small dimensions did not stop Jakub Szczesny from putting a few tiny rooms inside – a kitchen, a bathroom and a bedroom, which make it a habitable place.

The height of this triangular structure is 10 meters, it is 9 meters deep and it stands 3 meters above the ground. You enter the house by climbing a retractable metal staircase and passing through a hole. The rooms are located on two floors and you can go to the second floor by climbing a ladder. On the ground floor there is a toilet with a shower, a kitchen with a sink, a little stove, a fridge and a table for two, and a living room with a bean bag sofa. On the other floor there is a bedroom with a single bed and a working table.

Anyway, a place like this surely is not a very good option for living, even though it has everything one might need. A human being needs more comfort than the Keret House provides, but it is a great solution if one needs some solitude, serenity, a quiet place to do some work, or whatever comes to his mind, but he should not visit it too often – maybe twice a year, just like Etgar Keret does. watch video below 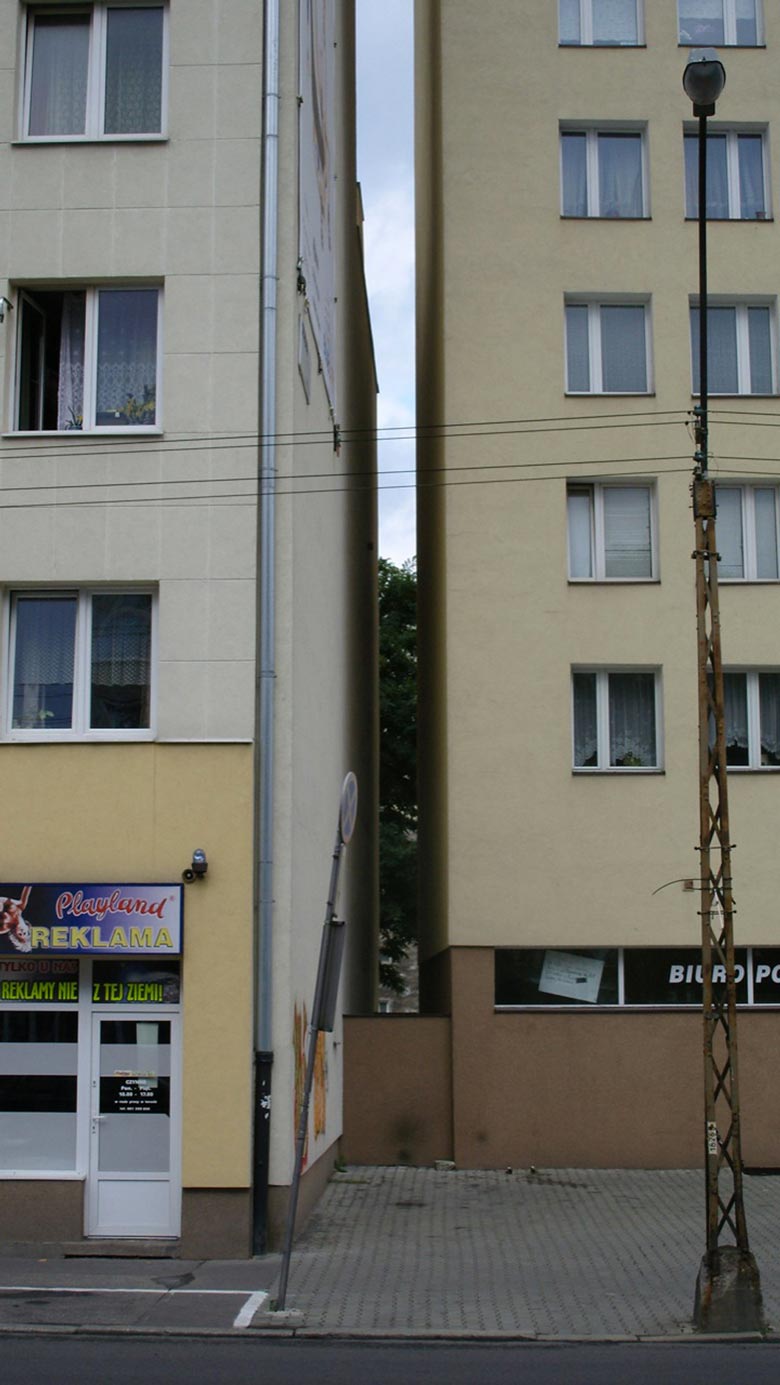 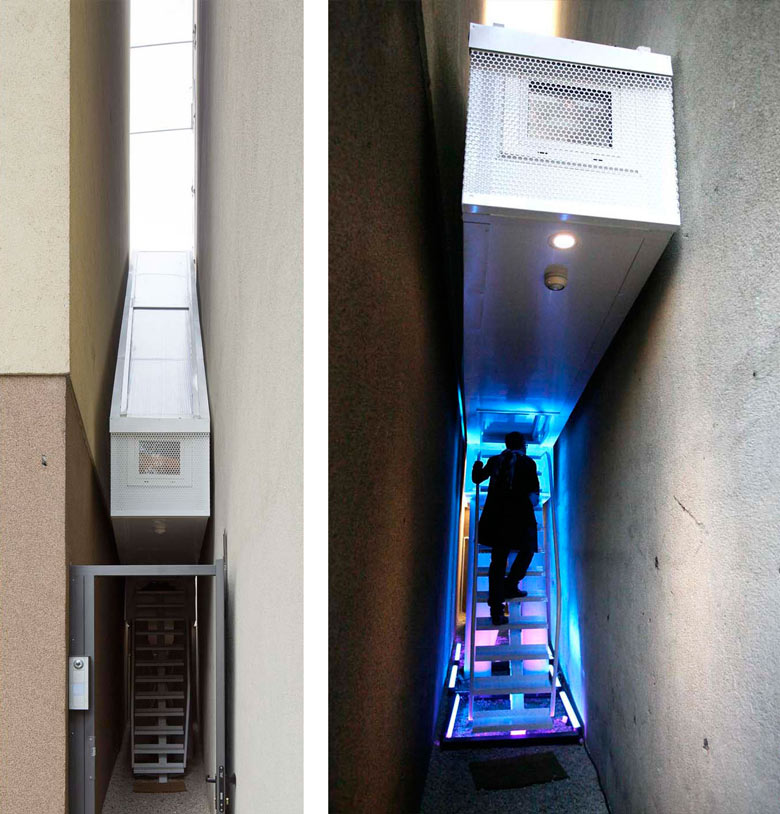 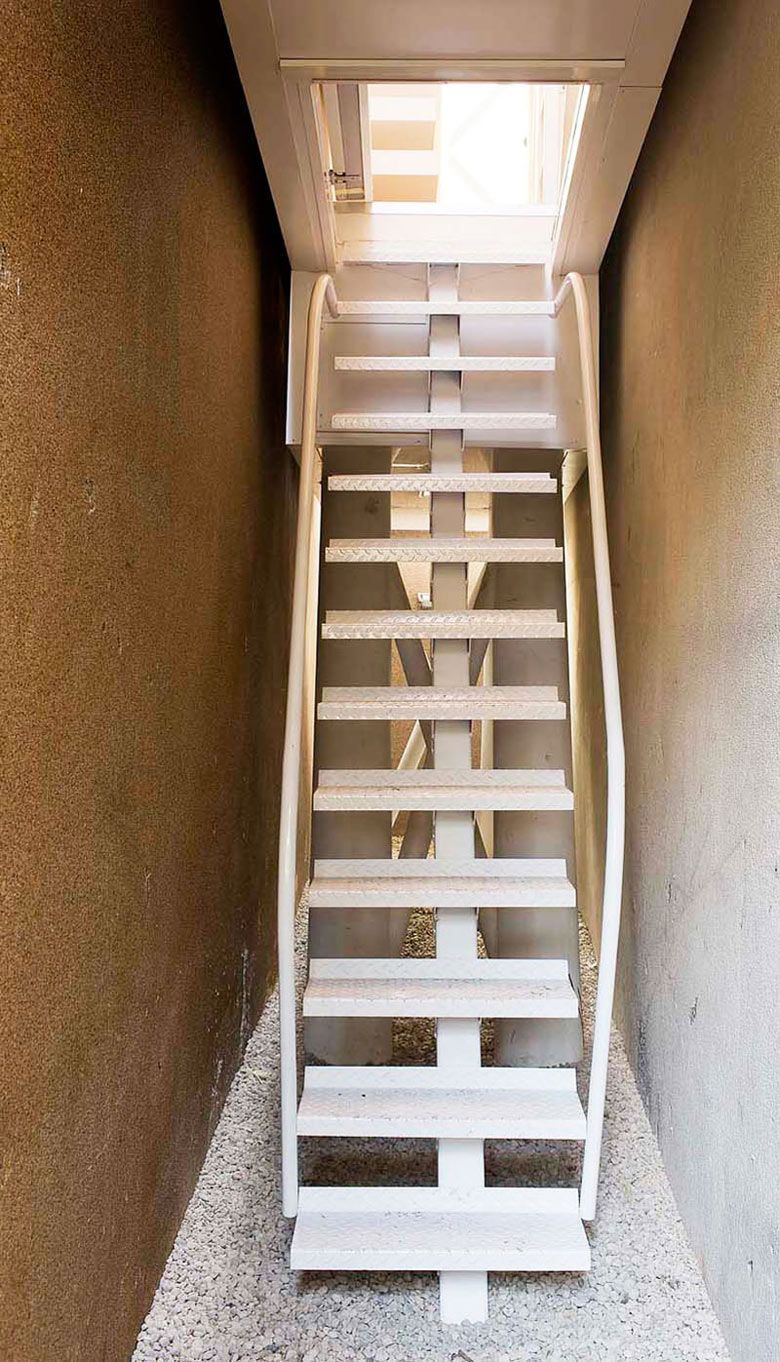 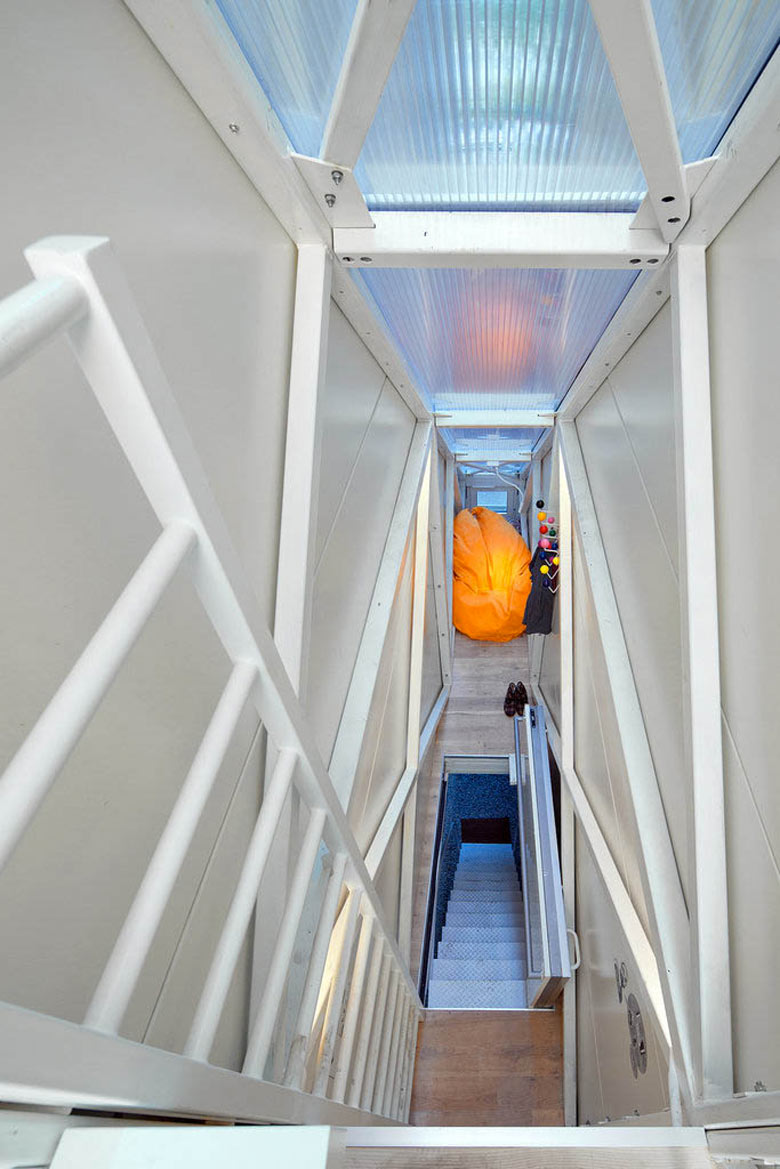 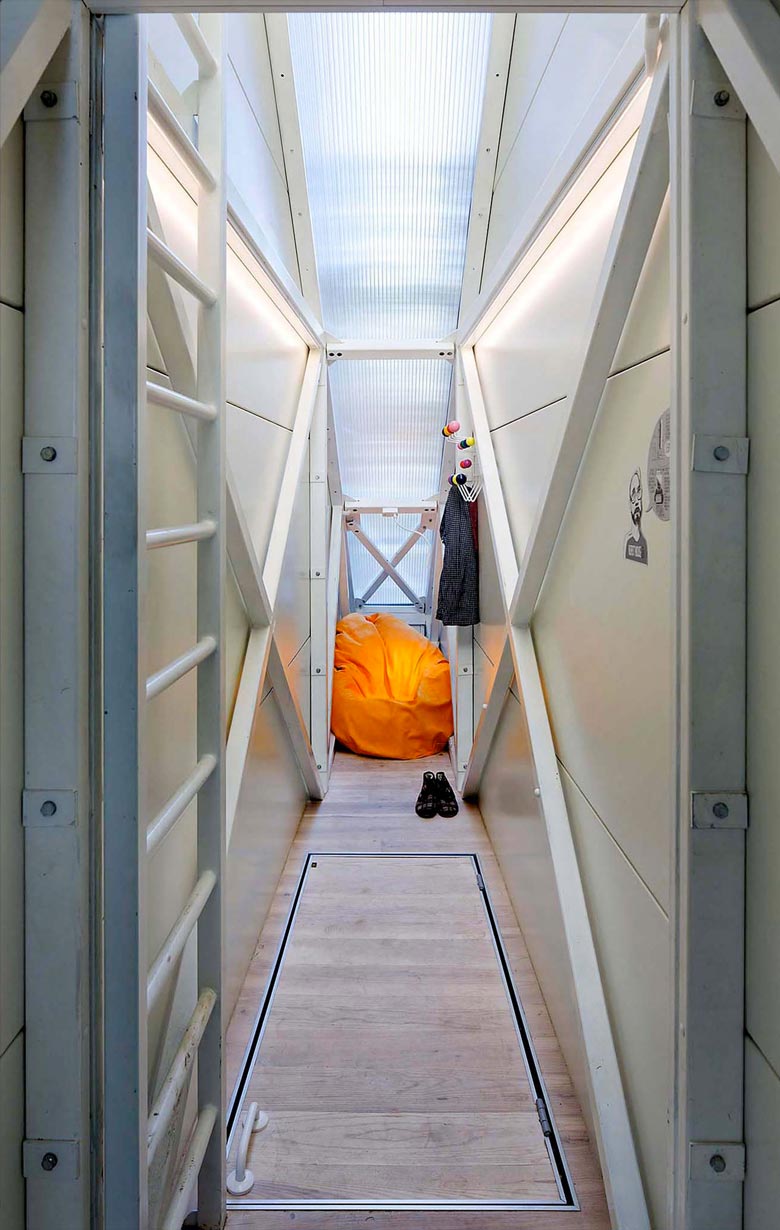 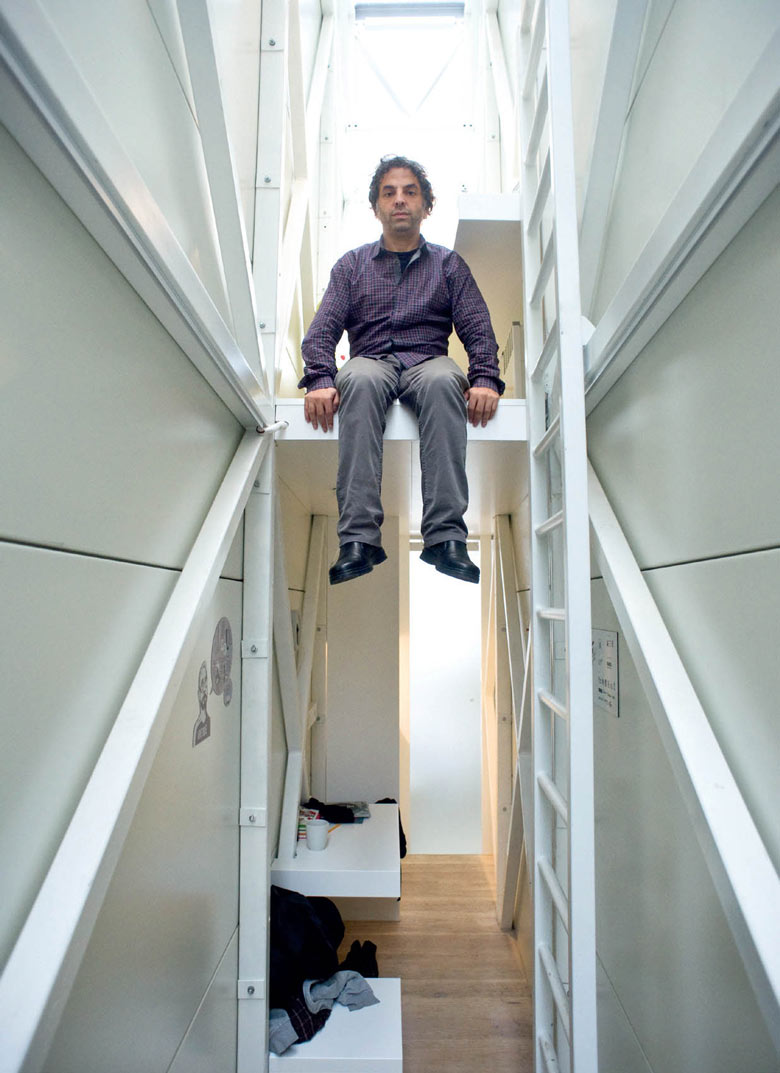 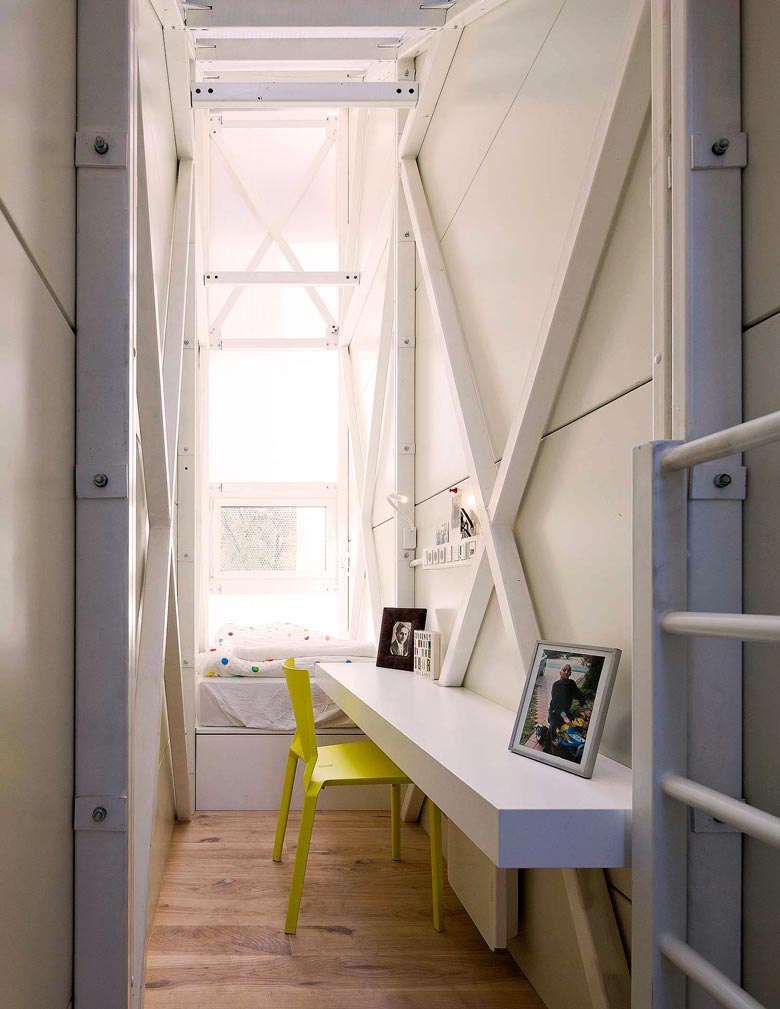 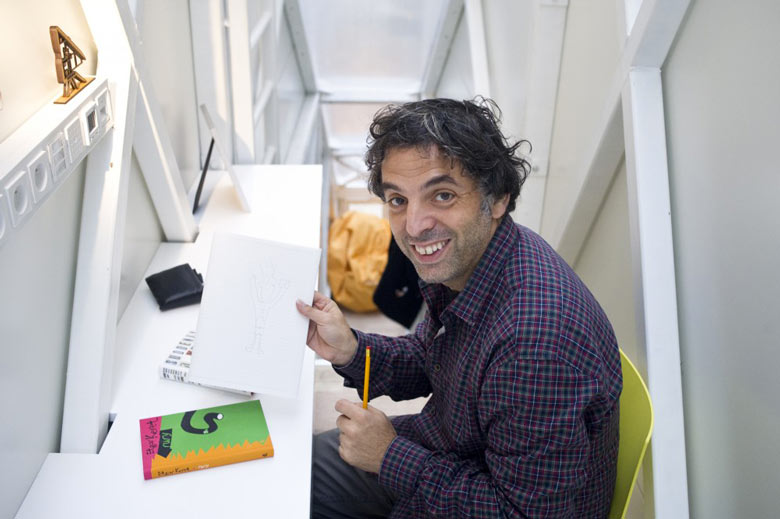 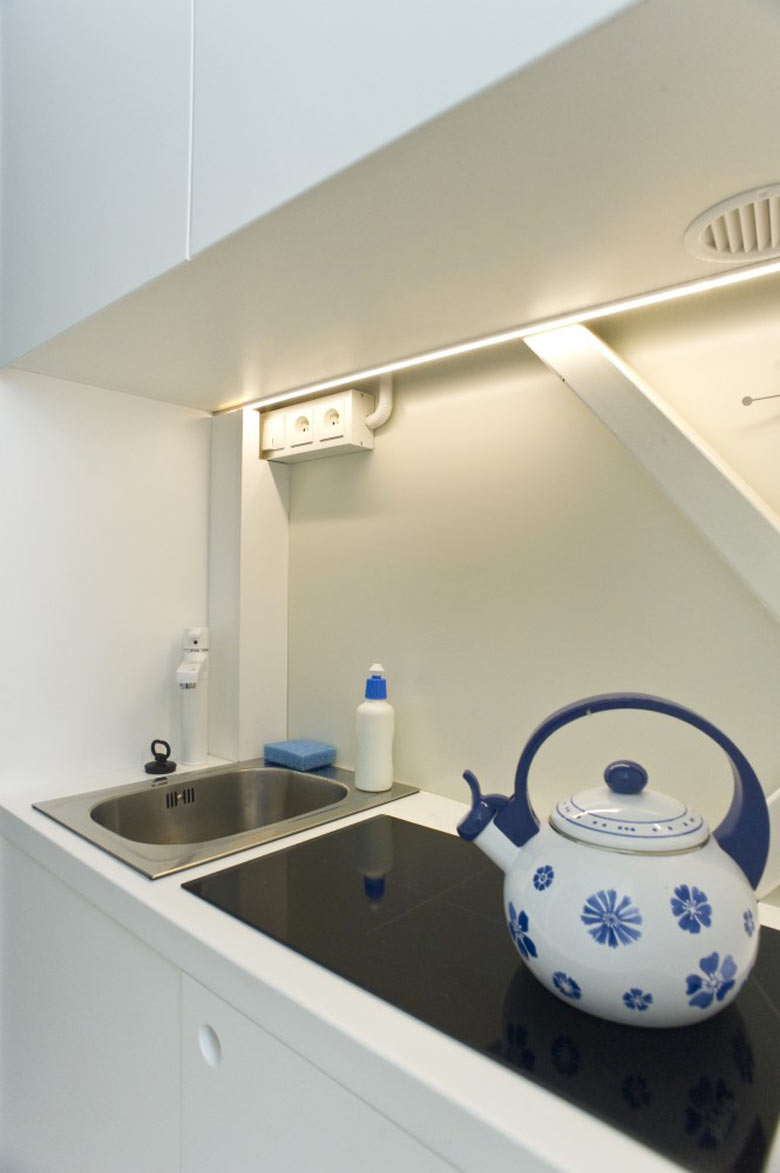 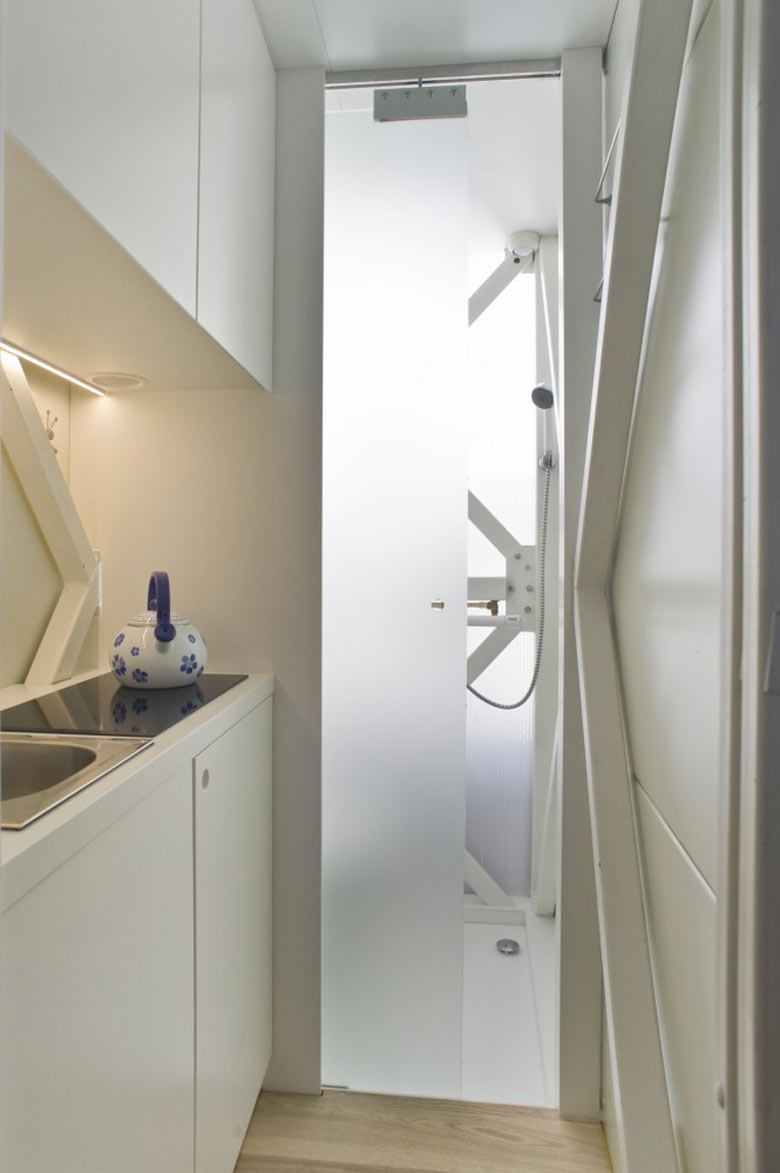 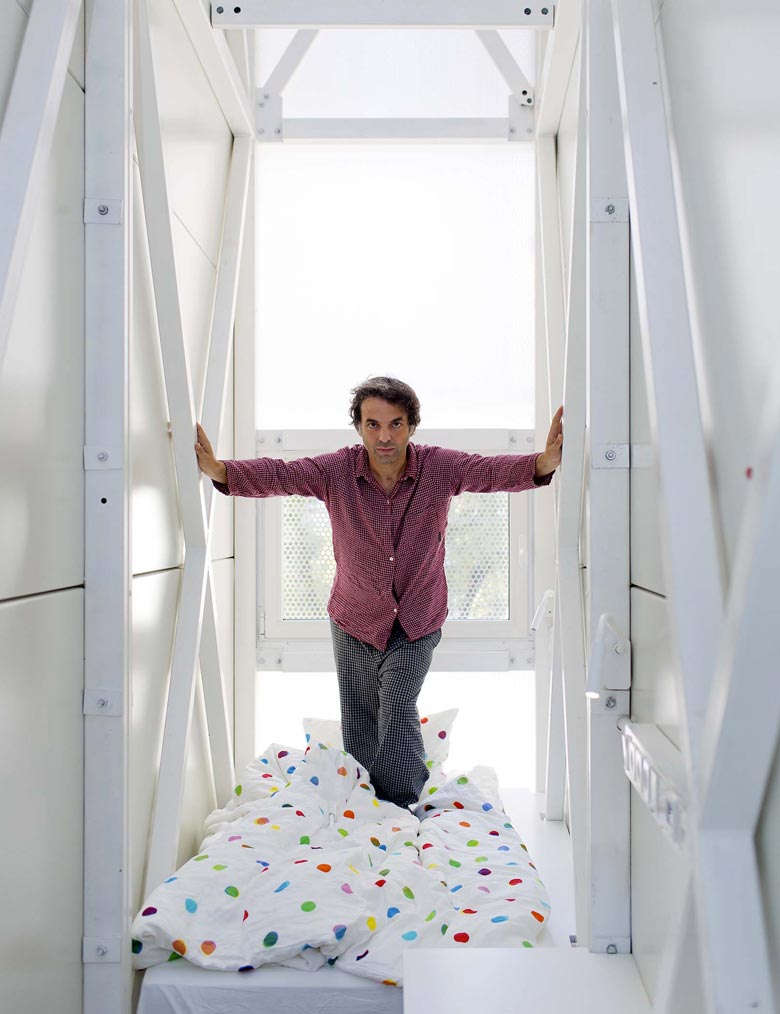 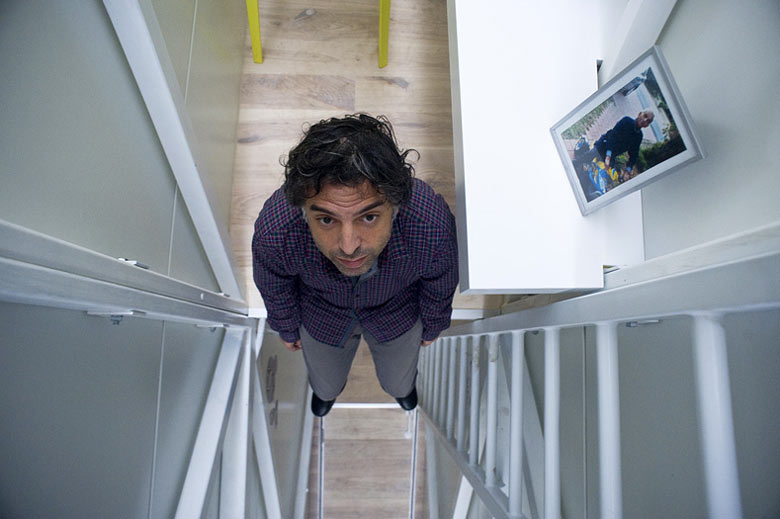 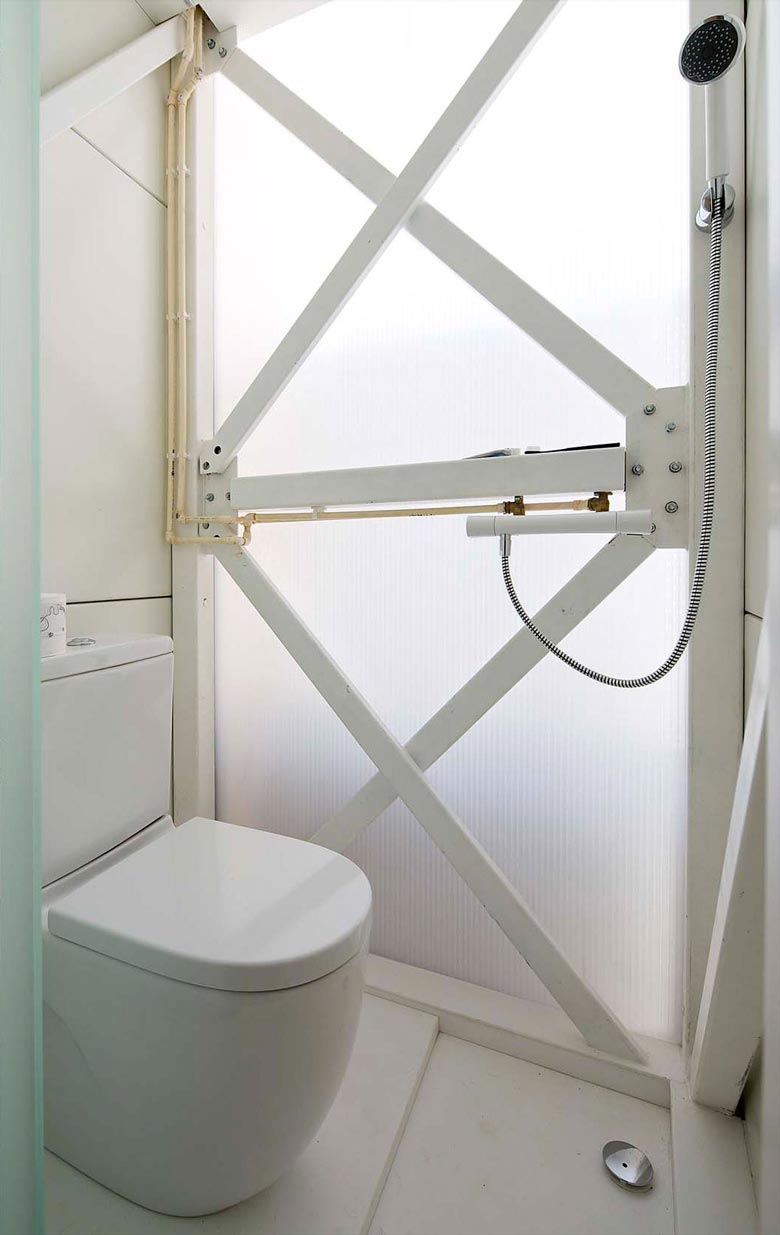 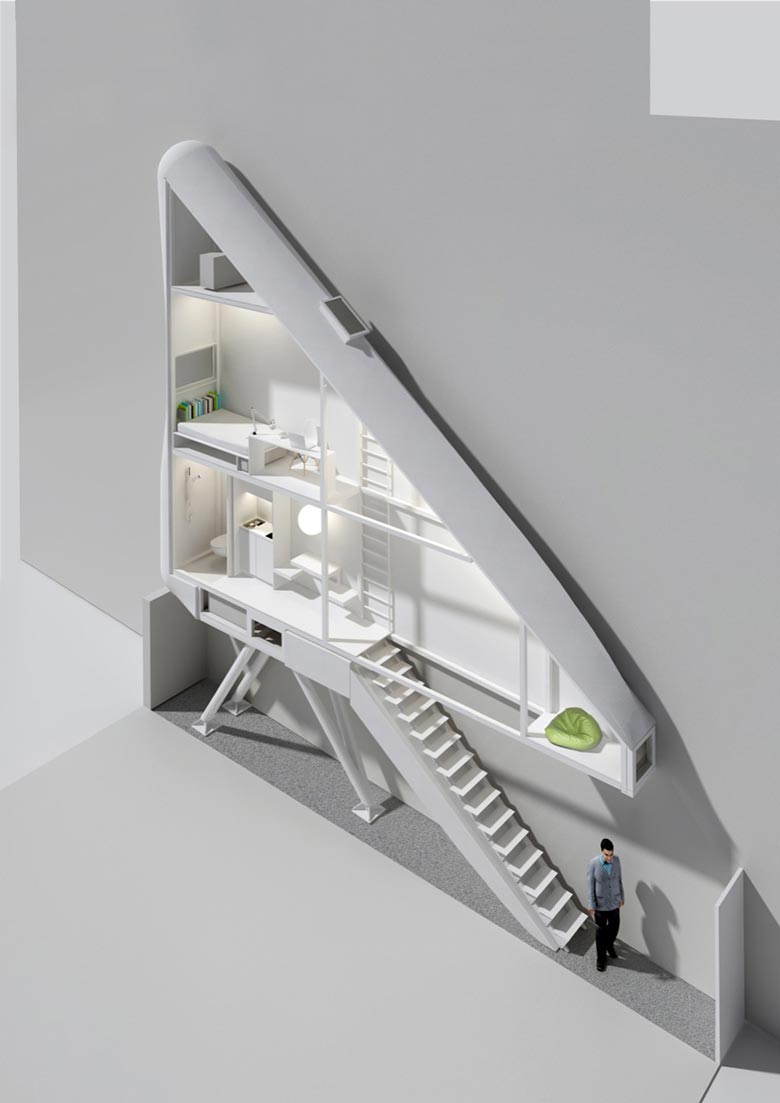