Can you imagine the sheer thrill of spending months and years just motorcycling around and exploring the planet on your beloved two-wheeler? Well, there’s a man who actually did that and lived to tell the tale. In his book Jupiter’s Travels: Four Years Around the World on a Triumph, Ted Simon presents the account of his Triumph-borne adventures around the globe in the course of four years back in the ‘70s, when long-distance motorcycling trips were not as popular as they are now.

Driven by an insatiable desire to travel the world, Simon spent four years exploring the world on his 500cc Triumph Tiger motorbike. During this time, he covered 78,000 miles and visited 45 countries, lived with peasants and presidents and slept in prisons and palaces, spiting the elements, wars, authorities and revolutions. In the book, he recounts his adventures and encounters during the four-year journey, providing brilliant insights, vivid descriptions, fascinating characterization and endless inspiration to entertain even for the most couch-loving of readers.

“People who thought of my journey as a physical ordeal or an act of courage… missed the point. Courage and physical endurance were no more than useful items of equipment for me, like facility with languages or immunity to hepatitis. The goal was comprehension, and the only way to comprehend the world was by making myself vulnerable to it so that it could change me. The challenge was to lay myself open to everybody and everything that came my way. The prize was to change and grow big enough to feel one with the whole world,” – Simon said reflecting on his four-year quest across the continents as recounted on 456 pages of the book.

A compelling first-person narrative packed with tension, drama and danger, Jupiter’s Travels: Four Years Around the World on a Triumph is sometimes described as the best motorcycling travel book ever written which inspired many thrill-seekers, including Ewan McGregor, to take the plunge and travel the world on their own. Originally published by Jupitalia Productions in 2005, Jupiter’s Travels is a must-read for any would-be adventurer and motorbike enthusiast, so make sure you don’t miss the chance to add it to your wishlist. 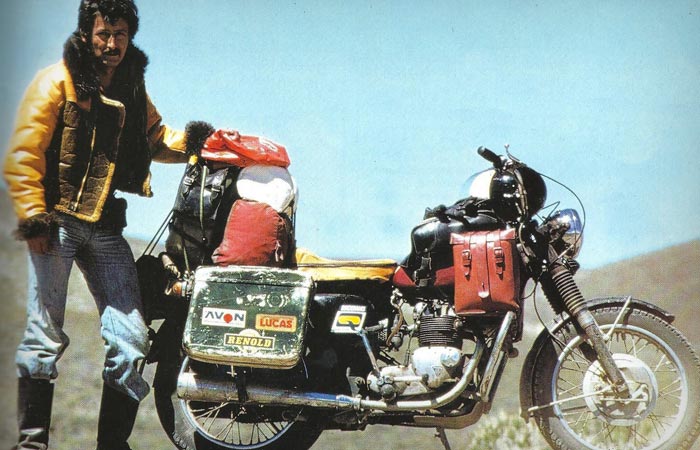