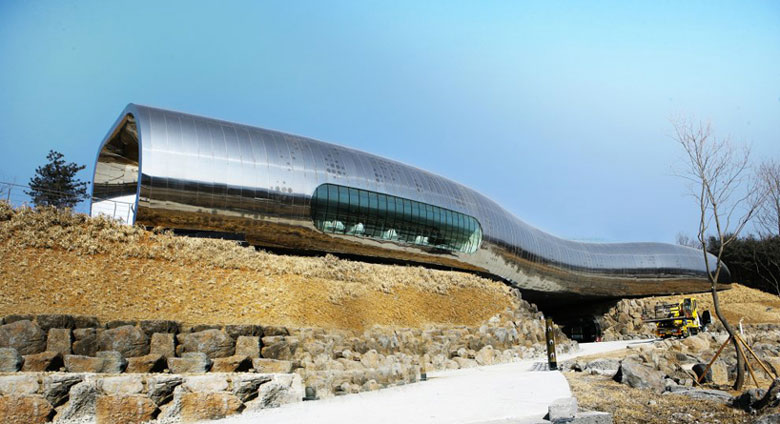 Parisian firm X-TU Architects designed the Jeongok Prehistory Museum in South Korea,  a futuristic building that hardly seems to be a prehistoric museum. The design is a result of a competition that asked the participants to portray the prehistoric context of Jeongok, which is one of the most important archaeological sites in this part of the world, being the set for the story of the humans who lived here 300,000 years ago.

The structure of the museum resembles a snake, but also a bridge, connecting two hills and thus representing the bond between past and future. The construction reflects the curves of the hills and the close by river. 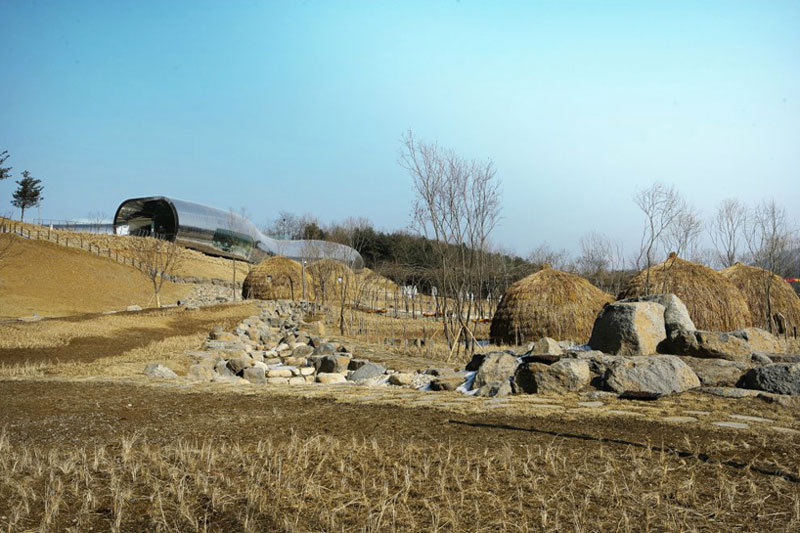 The modern segment of the Jeongok Museum is most notably seen from distance, where its shiny steel façade catches the eye. It is engraved with snake-skin-like patterns and perforated in order to let in the natural light from the outside. These perforations are illuminated at night to create a marvelous effect. The reason for this kind of use of light and shape comes from the architects’ desire to create a reflexive surface that would change with the light.

The interior form resembles a river path that seems never-ending but filled with small islands that serve as distinctly separated galleries. However, the shape of these islands, furniture, exhibits and everything around them is based on the shape of the building, obediently following the bending walls and the ‘river path’. Lighting of the interior is modern, bright and clean, clearly in contrast with the exhibits. watch video below 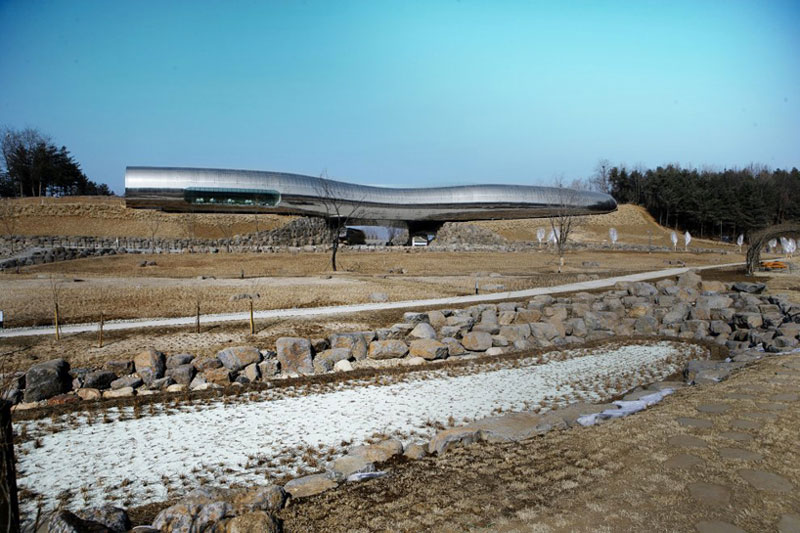 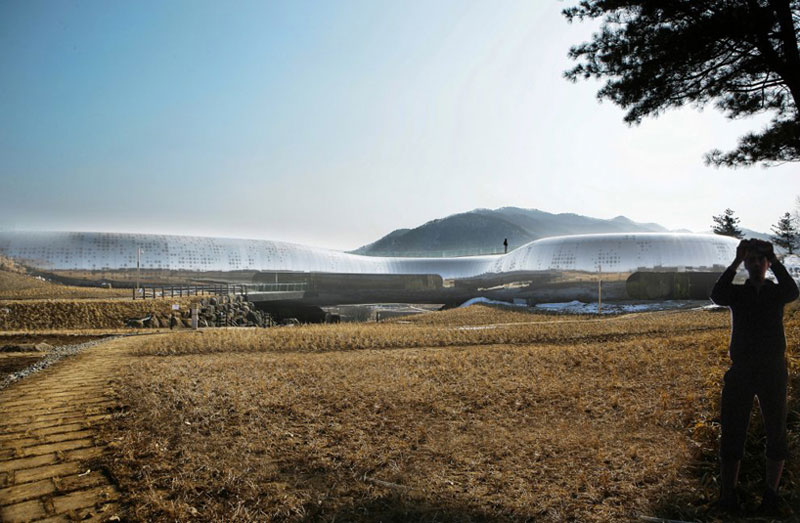 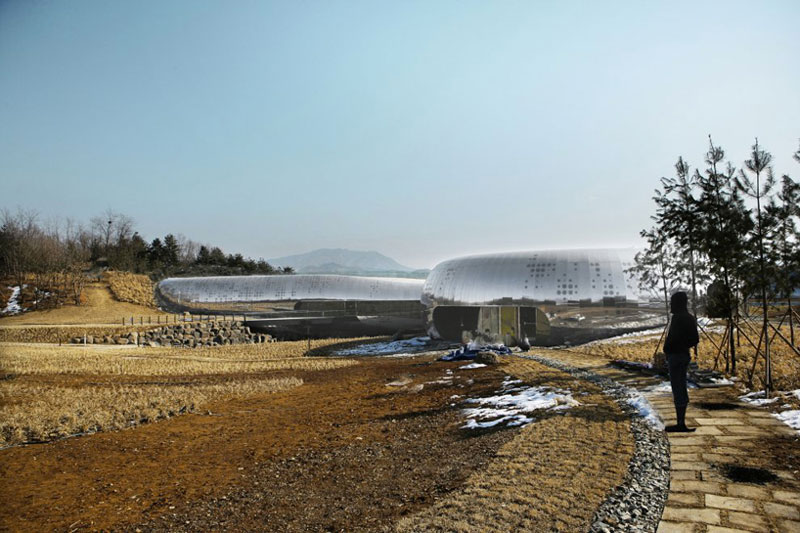 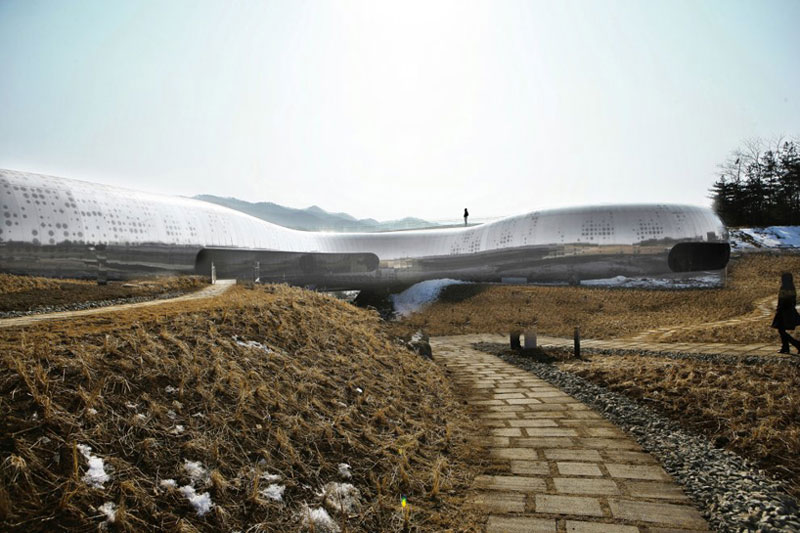 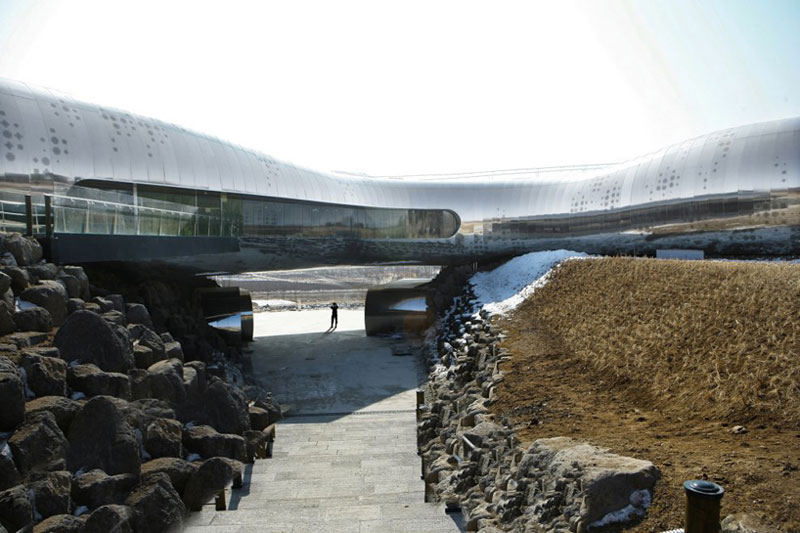 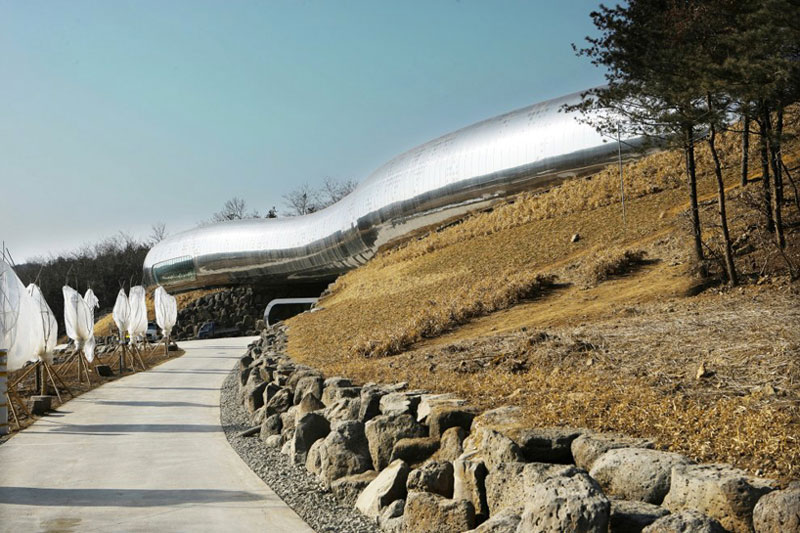 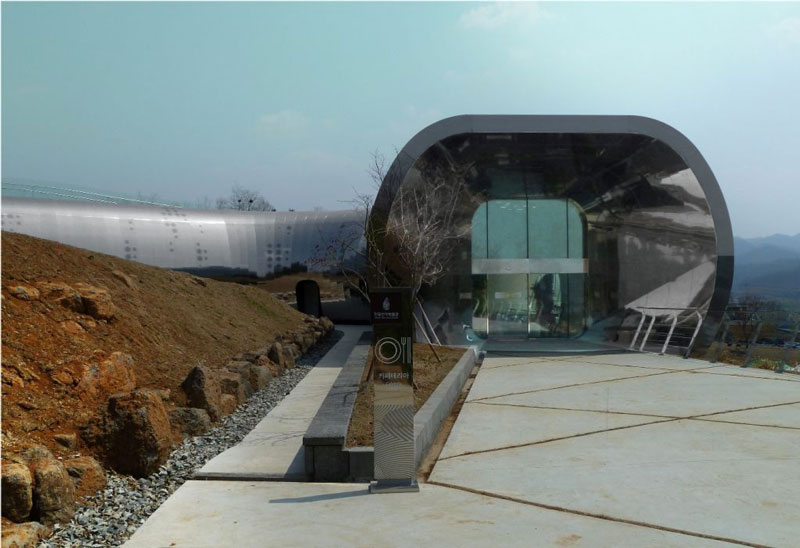 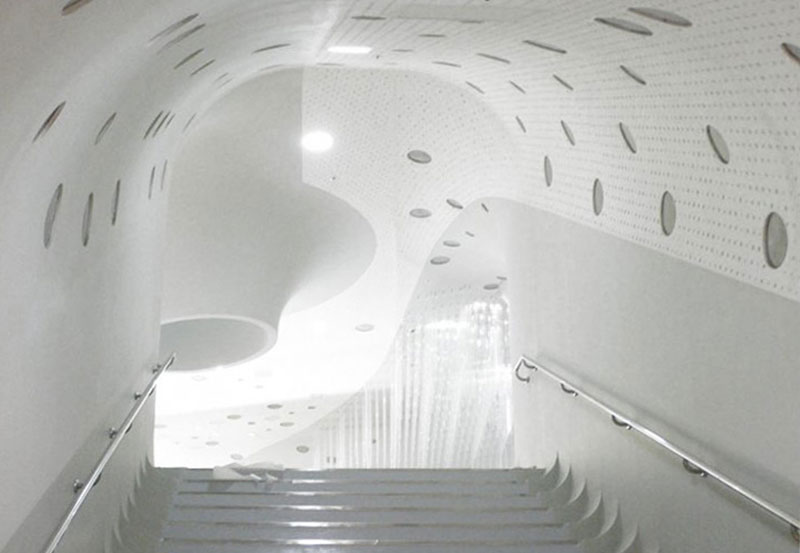 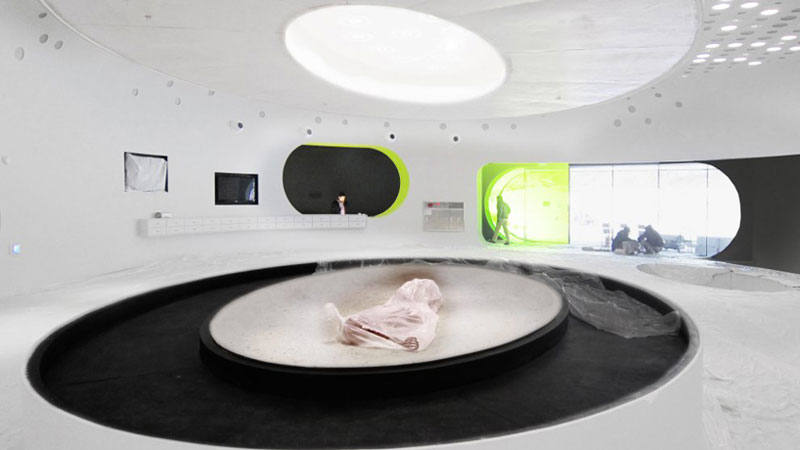 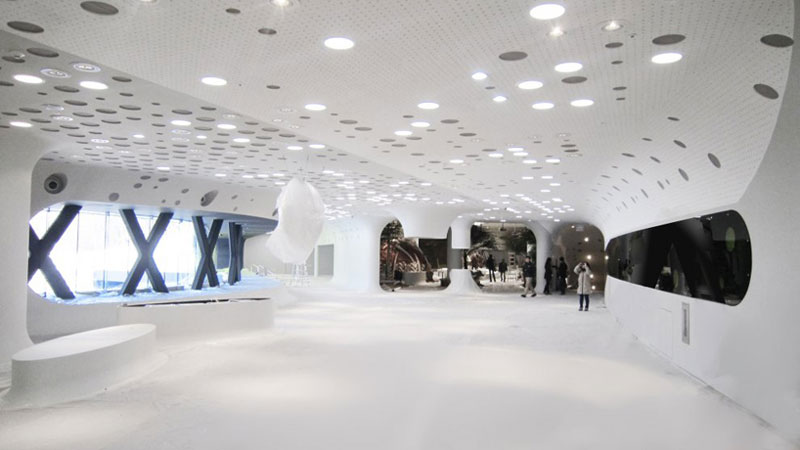 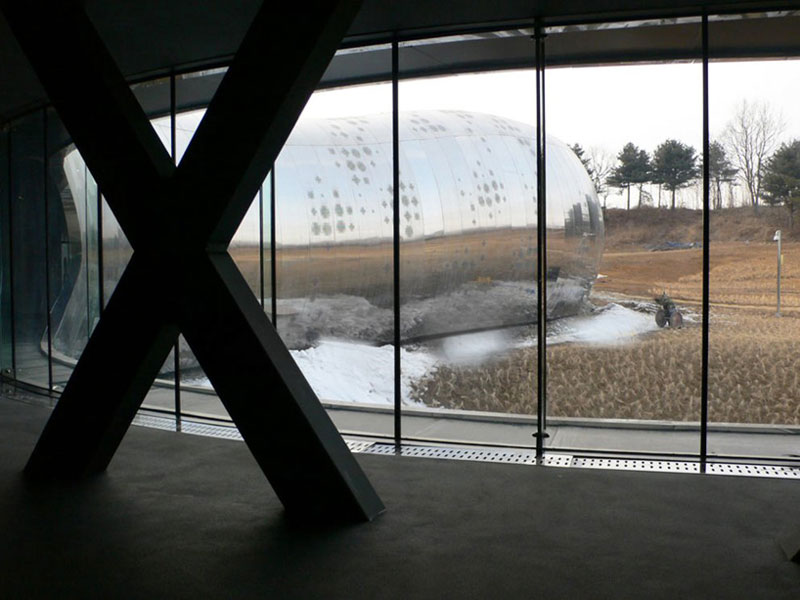 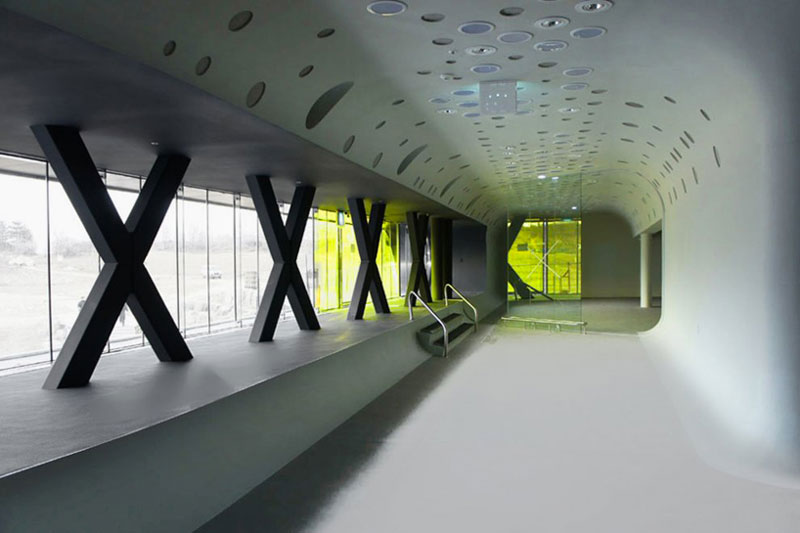 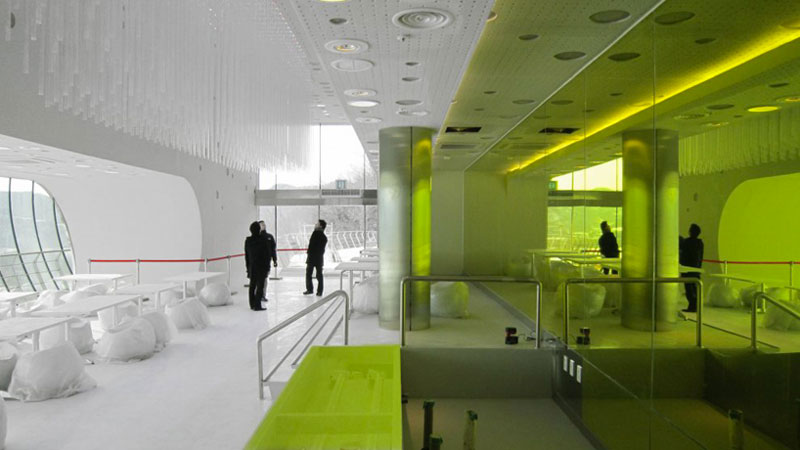 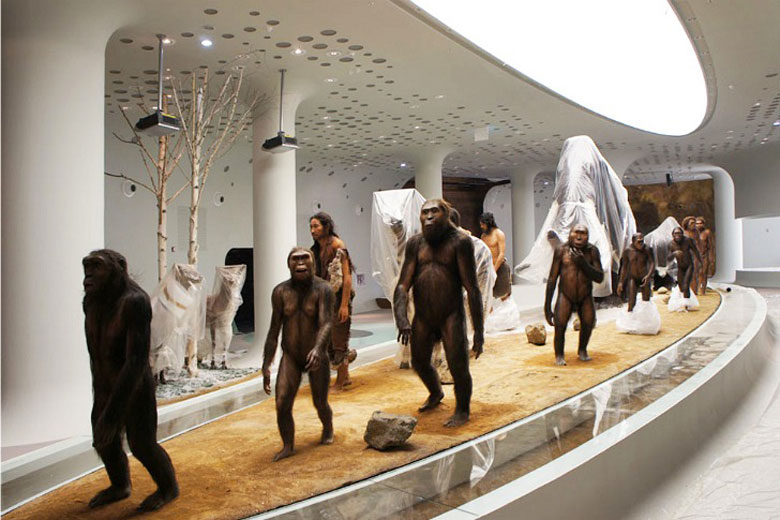 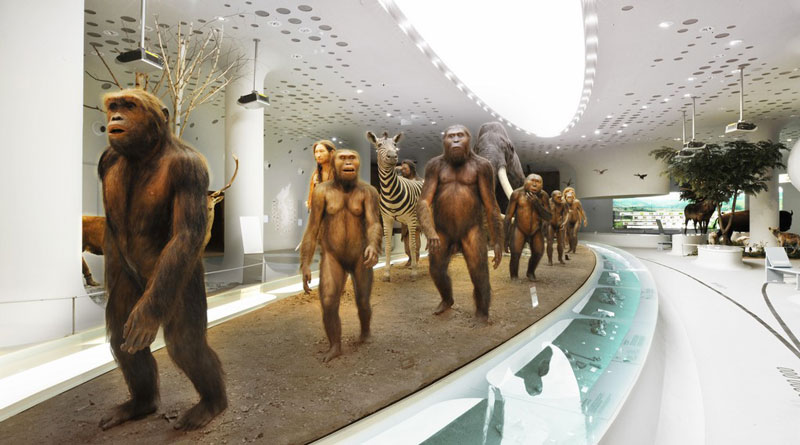 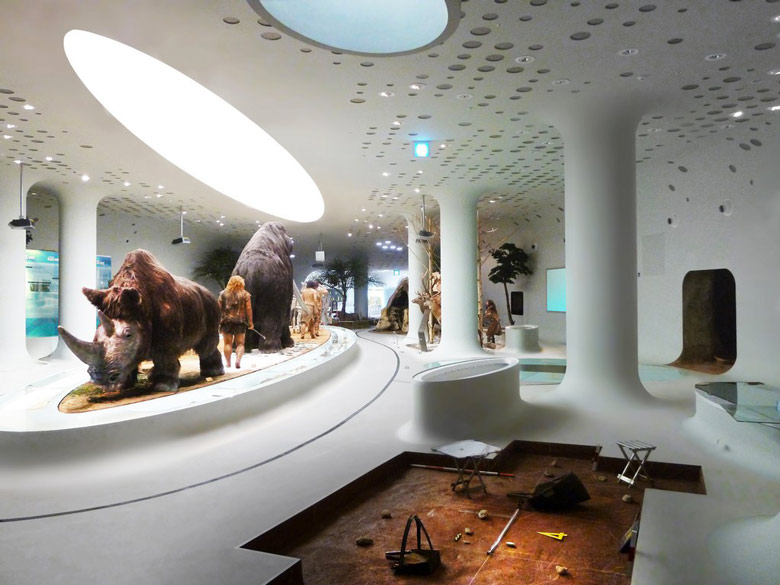 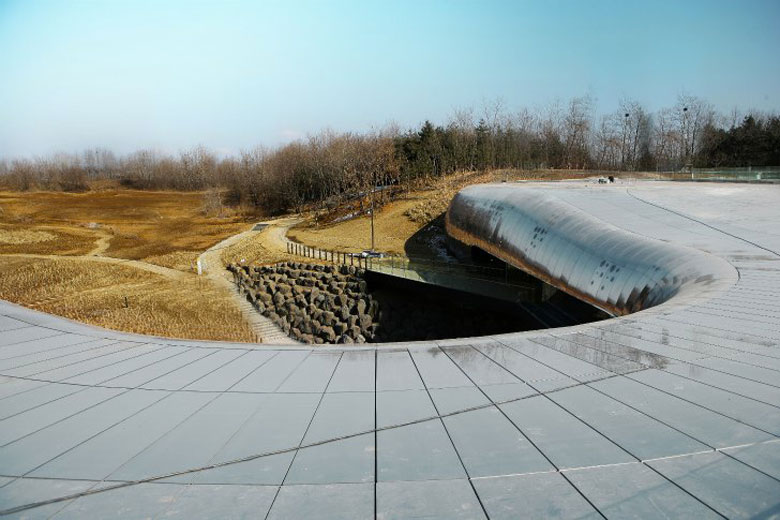 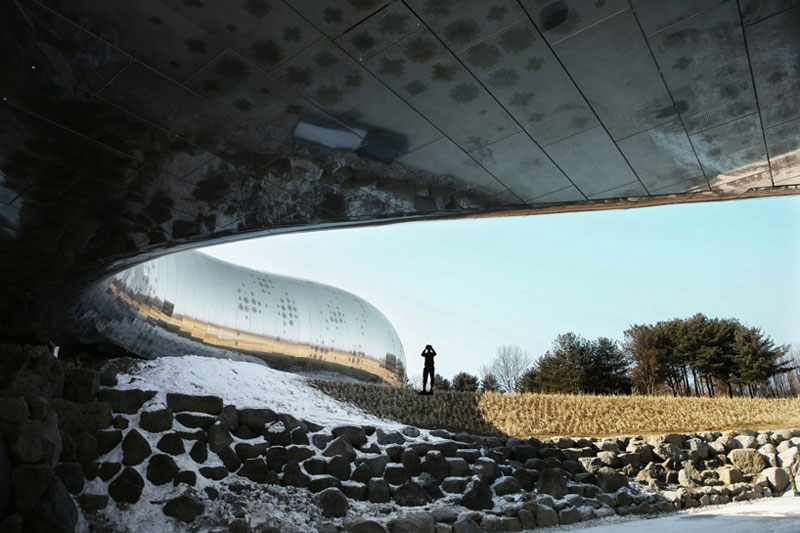 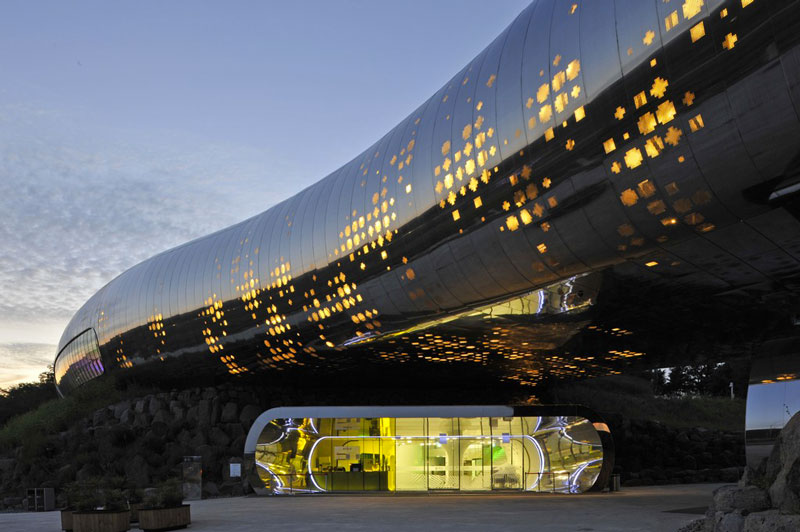