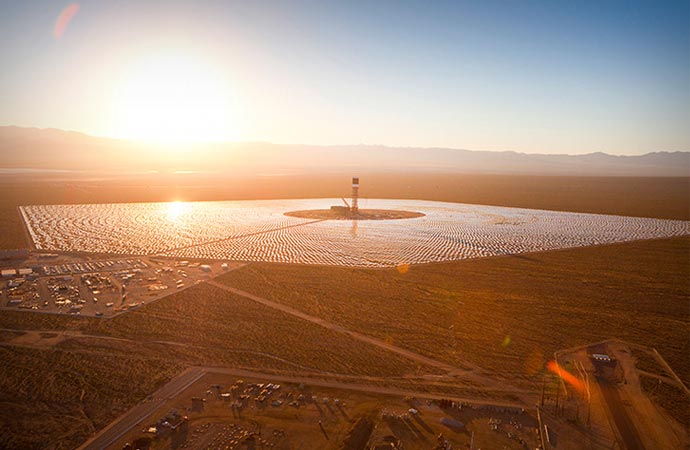 Here’s a bit of (important) trivia for you – did you know that in one day the Sun emits 15,000 times as much energy to the Earth as the planet’s entire population consumes on a daily basis? How about that for a free energy supply! Solar energy is the energy of the future, and future has already come to the Mojave Desert in California. This is where the world’s largest solar plant – the Ivanpah Solar Electric Generating System –  started to produce electricity a few days ago.

The plant, owned by Google, NRG Energy, and BrightSource Energy, spanning 3,500 acres of land, is truly impressive – 300,000 mirrors, controlled by software, track sun rays in three dimensions and reflect them to boilers which are located on top of three 459-foot-tall towers. The sun heats the water in the boilers, the water turns into super hot steam which is then transported from the boilers to a standard turbine where electricity is generated. 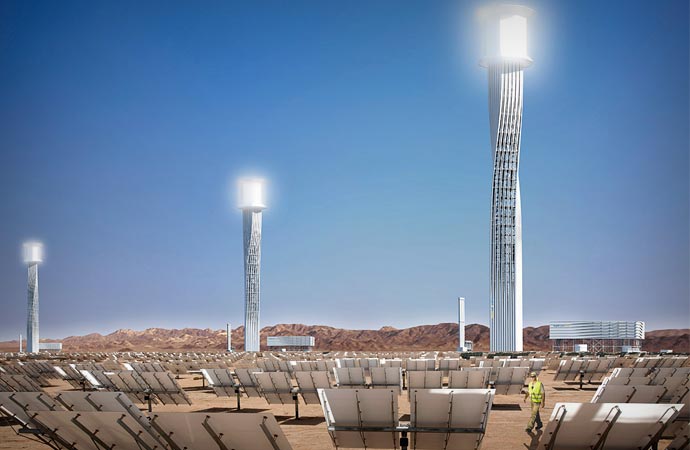 At full capacity, the Ivanpah Solar Electric Plant can produce up to 392 MW of solar power, which transforms into enough electricity for 140,000 homes. The plant cost $2.2 billion to build. Not only does it produce clean and renewable energy, but it also has economic benefits since 2,100 construction workers and 86 operations and maintenance staff have been engaged on the project. 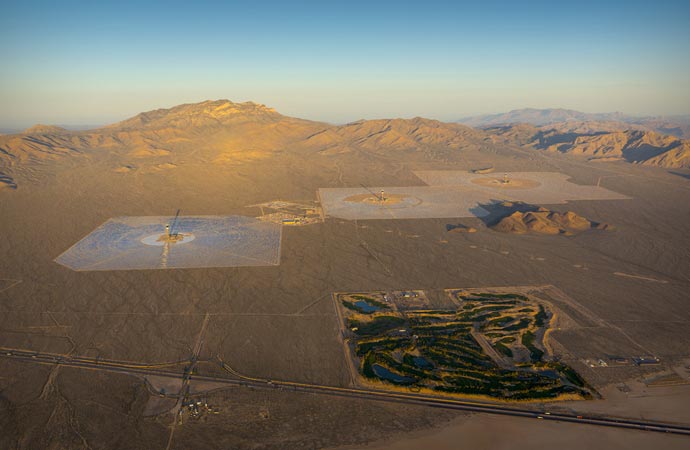 Let’s hope that Ivanpah blazes the trail for other magnificent solar projects around the world. To quote Brian O’Leary, former NASA astronaut and Princeton Physics Professor: “If these (clean) technologies were to be set free worldwide, the change would be profound, it would be applicable everywhere. These technologies are absolutely the most important thing that have happened in the history of the world.” [via] watch video below 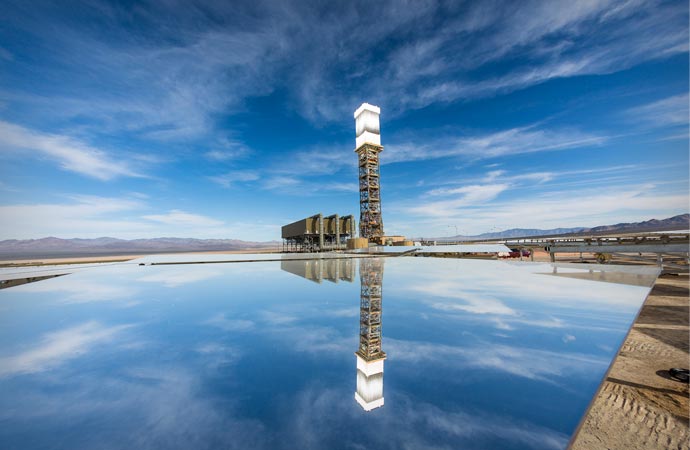 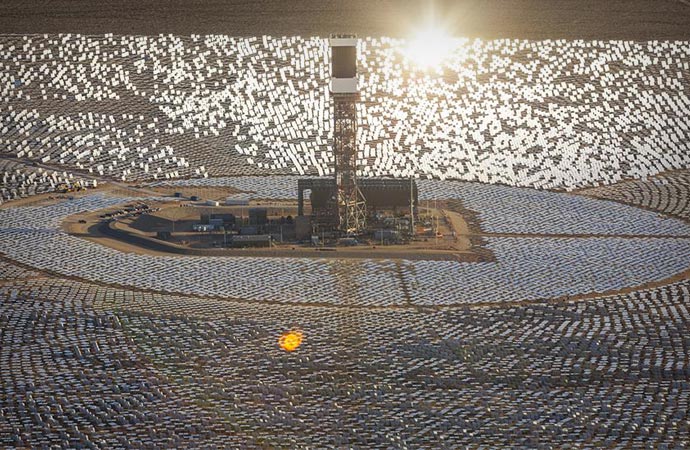 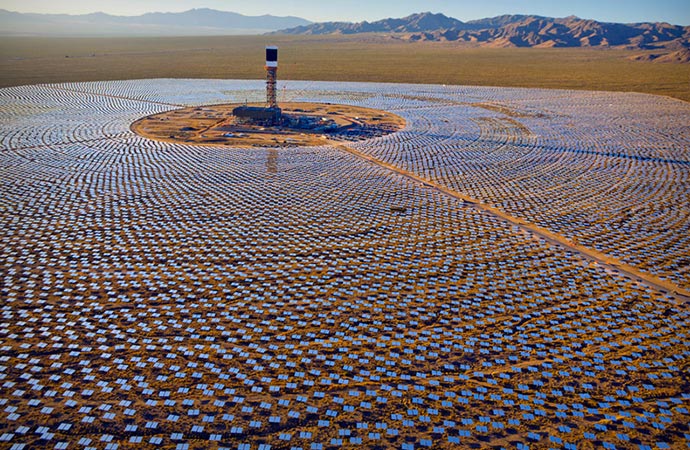 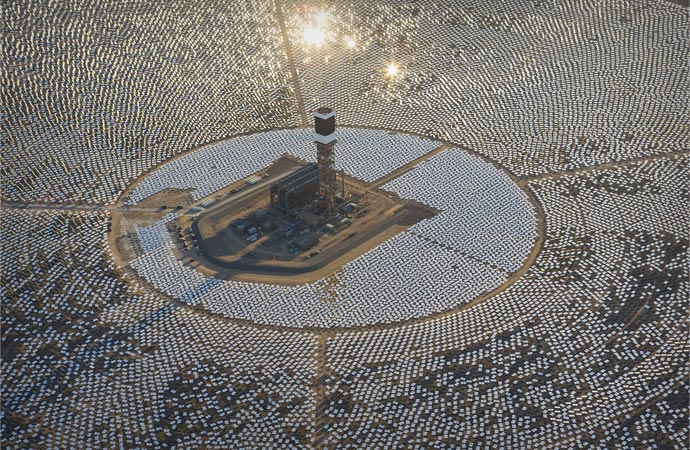 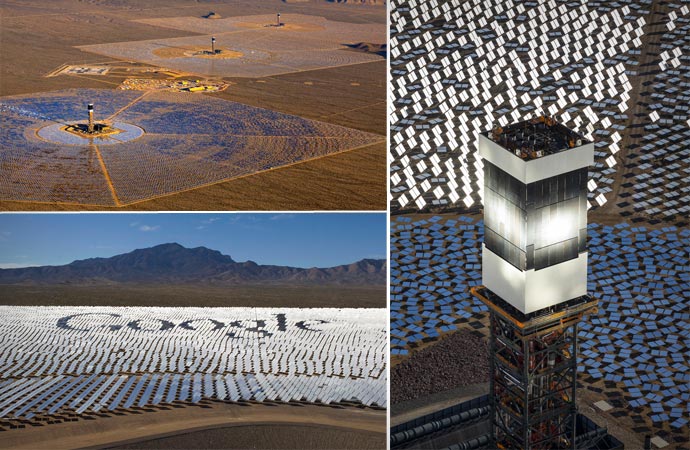