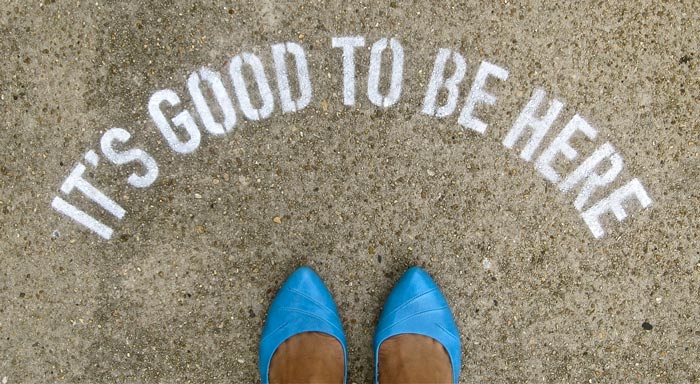 Remember Candy Chang’s „Before I die, I want to __________“ interactive wall mural that she made as a tribute to a loved one she lost, and which we featured not so long ago on our website? Candy is at it again! This time around, she has another self-explanatory and so brilliantly simple public art project called ‘It’s Good to Be Here’.

As an artist and a graphic designer who is very enthusiastic about finding ways our public areas can help us in bringing us closer to each other and having better understanding of our communities and ourselves in the process, Candy took it to the streets of her beloved New Orleans with a 25″ x 10″ stencil. She spray-chalked the stencil on the pavements in her neighbourhood, and in front of the places that make her feel good (the Bacchanal restaurant, a bargain centre, the Orange Couch Café and other) with the goal of making people stop, reflect and show appreciation for the city of New Orleans. 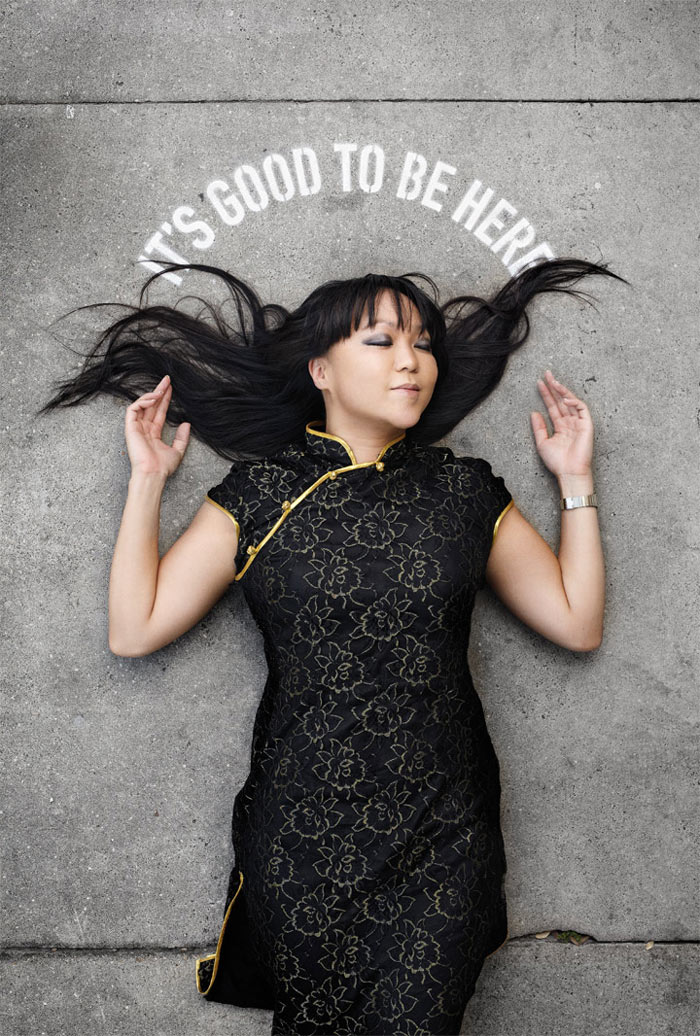 Apart from being hailed by many as an ‘urban hero’, and ‘an intelligent urban planner’, Candy is also a co-founder of Neighbourland.com, a website that allows people to share their thoughts and suggestions about improving their neighbourhoods and local communities. She has helped create the so-called community involvement tools all over the world – from Canada, Kazakhstan, and Australia to Finland and Argentina. 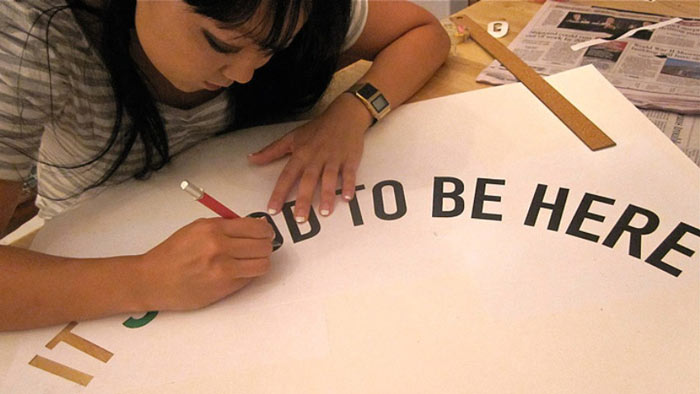 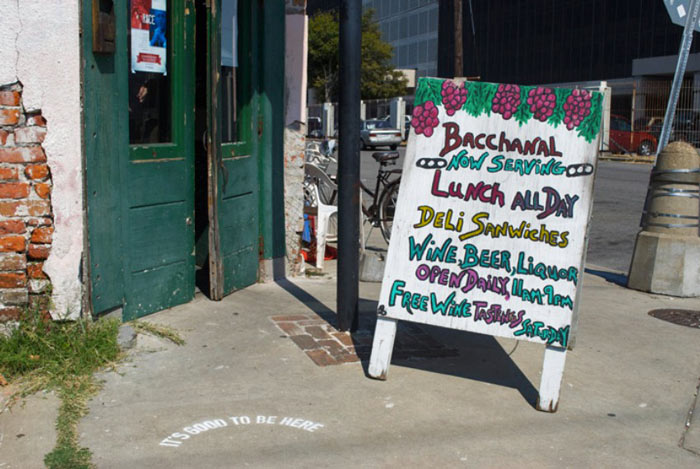 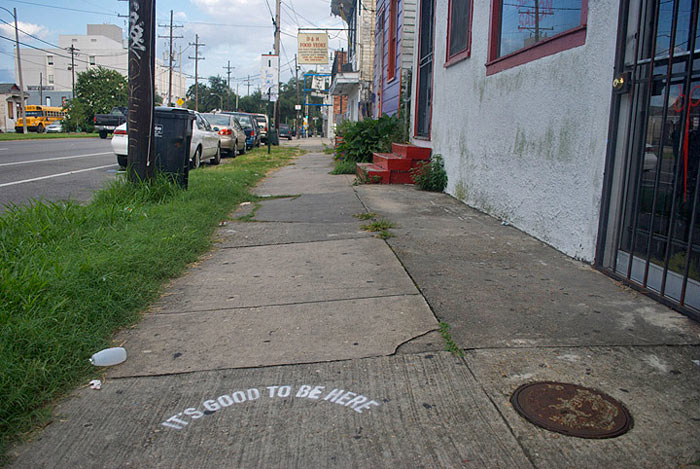 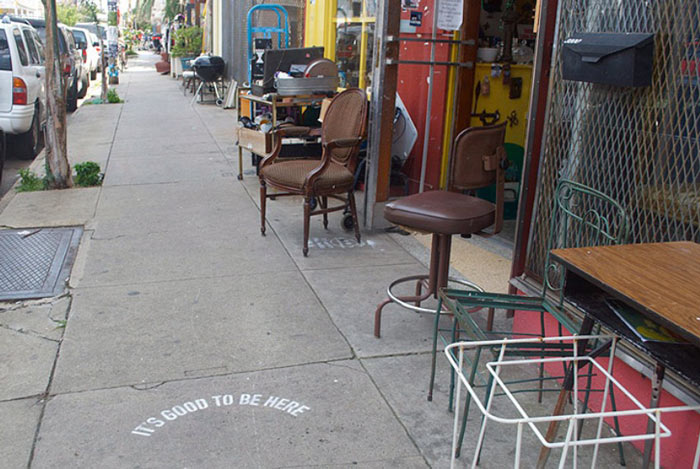 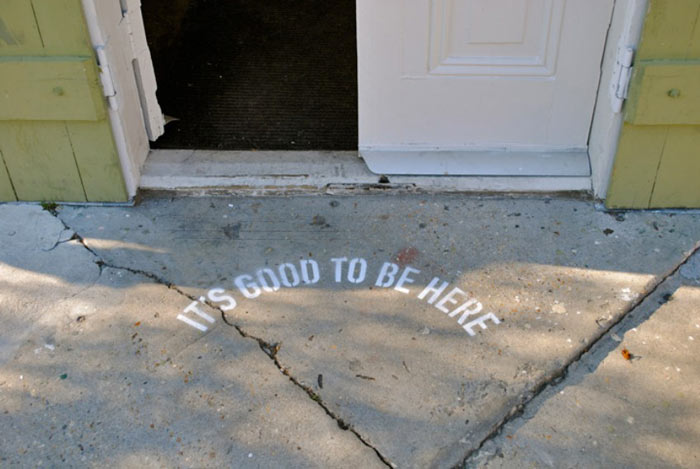