Many people consider the Moto GP championship far more interesting than Formula 1. This is mostly so due to far more overtakes which occur during motorcycle races, close encounters between the competitors and even crashes. We might argue with those people, but it is a fact that vast majority of human beings get amazing adrenaline rushes as they watch motorcycle riders tilt just an inch above the ground at close to 200 mph accompanied by the soundtrack of an engine revving in five figures. It does make your blood hot, even if you prefer Formula 1. Well, there is a race which brings all those things from the Moto GP to extremes – the Isle of Man TT.

The race takes place on the Isle of Man, but not on a racing circuit. This happens on regular public roads which are closed during the events. Each lap is 37.73 miles long and the race is in the format of a time-trial. The first race was held way back in 1907 and the winner of the first event Charlie Collier had the average speed of 38.21 mph. However, as things were getting more serious, the average speed grew reaching the record of lightning fast 132.298 mph in 2014. On average. On regular, twisting, jumping and narrow country roads. 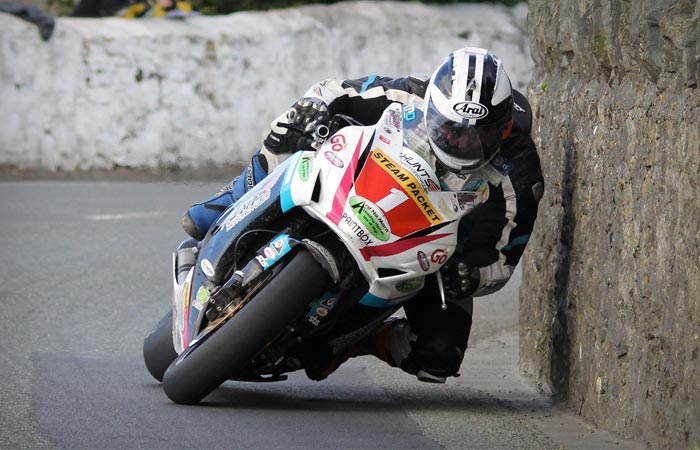 Still, the entire event has the form of a family oriented festival. It takes place in the last week of May and the first week of June (in 2014 it lasted from 26 May to 6 June) and crowds of people picnic around the circuit as the riders blast around them.

Isle of Man TT seems so extreme that an amateur footage of the race easily pumps more adrenaline than a Moto GP promo video. This is so mainly due to the fact that those 132.298 mph on average are achieved on narrow streets bordered by buildings, or simple stone walls. Riders often lose contact with the surface and reconnect again at speeds where an inch in the wrong direction leads to a certain death. Until 2009, a total of 242 riders lost their lives in the race. Moreover, there are places where you can literally sit inches away from the riders which fly by at speeds which make it impossible to see the color of a bike which flew right in front of you. One of the videos below starts with an example of this all together with the stunned face of a lady repeating ‘No way…’ as the riders catapult past her.

So if you are into high-risk sports and high speeds, there is no better place than the Isle of Man. In 2015, the Isle of Man TT takes place from 30May to 12 June, so you have enough time to prepare for this. If you are still not sure if this is interesting enough, just watch the videos below… 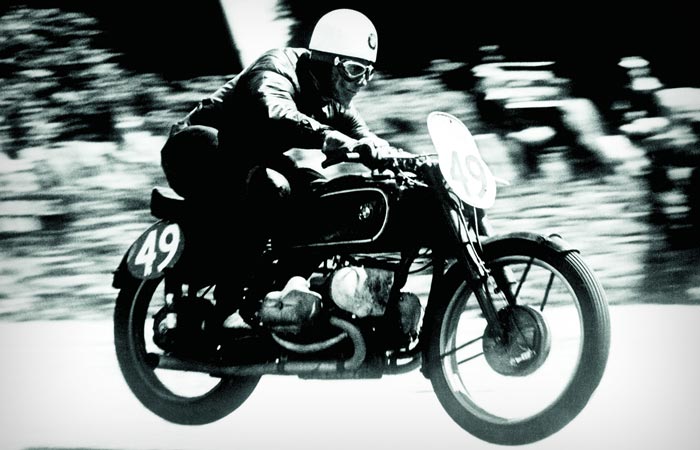 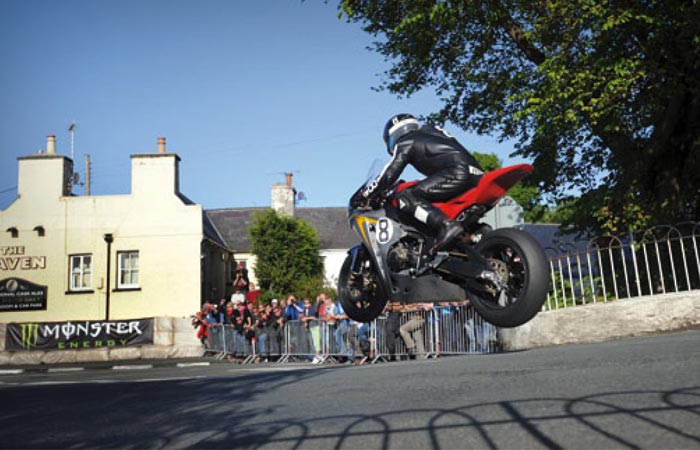