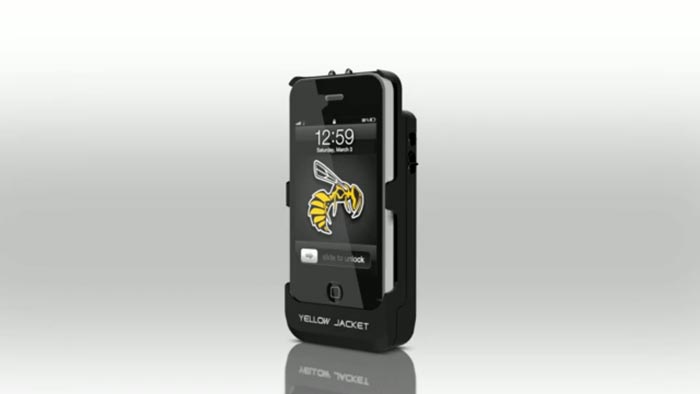 iPhone has long been not just a phone. It is a status symbol, but more than anything it is a design statement. This is why there have been many primarily design oriented products following the iPhone, mostly its cases. And just when we thought that there is nothing new to be seen, Yellow Jacket came up with an iPhone Stun Gun Case that successfully blends additional functionality and design.

Yellow Jacket Case is an iPhone case, a 650K Volt stun gun and an emergency charger. So far there is only a version for the iPhone 4 and 4S, but the iPhone 5 stun gun case is said to be coming. The case is 1 inch thick and it features a safety switch that will help you make sure that you don’t zap yourself accidentally while taking your phone out of your bag or pocket, however funny that might be to the people around you. The design related aspect, apart from the shape itself, is addressed with several colors available – black, white, pink and yellow.

In order to use a stun gun, the device needs to have an energy source such as a battery pack that produces the electric shock. The designers, knowing that the vast majority of users will not use the stun gun feature on a regular basis, gave the battery pack an additional function that will be of most assistance in everyday use. It can be used to charge your phone on the move.

There is one problem however. Before buying this multi functional iPhone case/stun gun/portable charger, you might want to make sure you are allowed to carry it around, because there are numerous countries that forbid carrying stun guns in public, let alone using them. 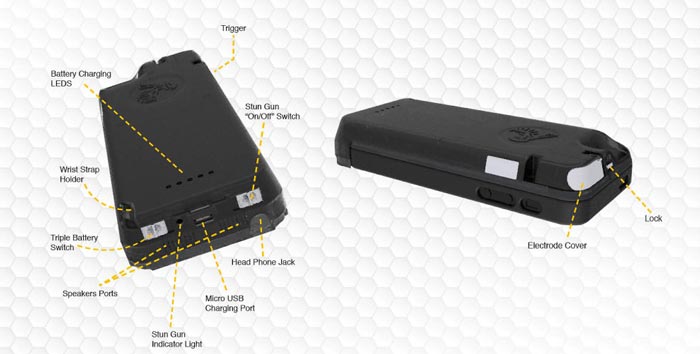 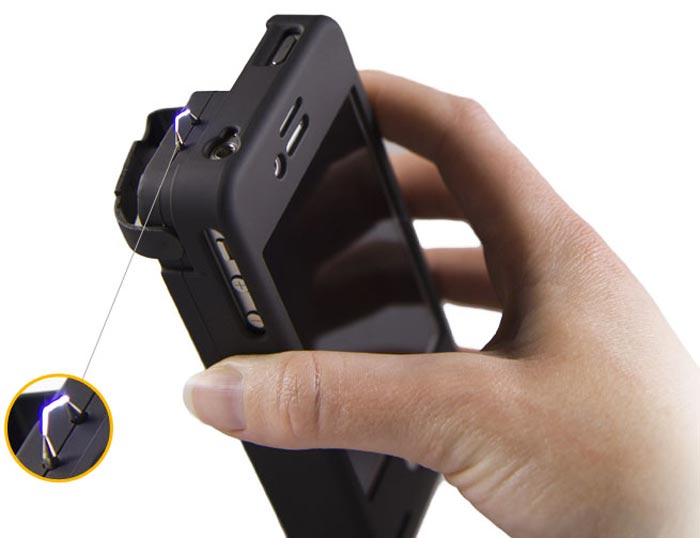 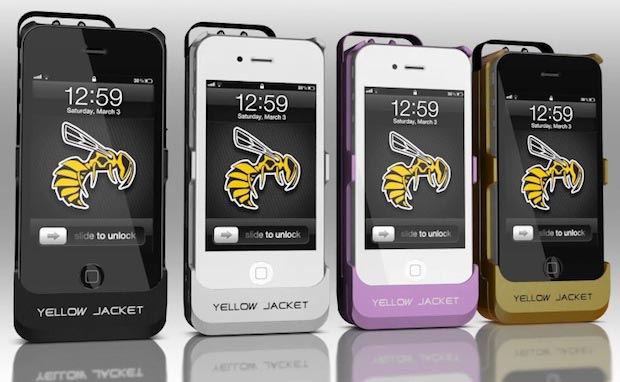