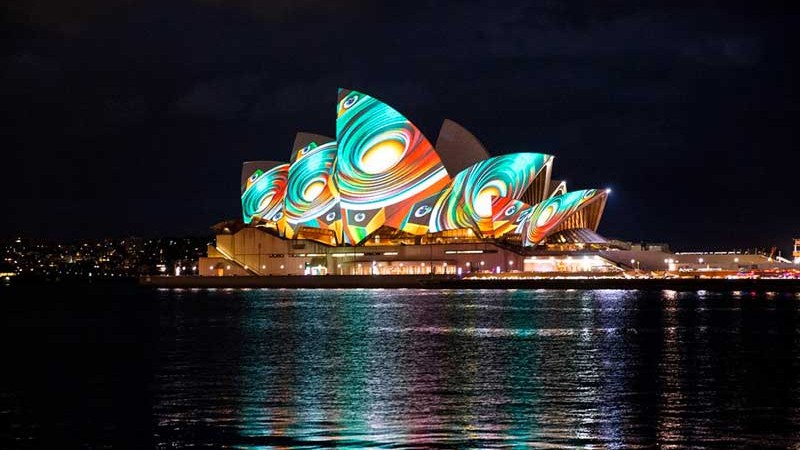 Vivid Sydney is a festival that transforms the entire city. Now, this can be said for most big festivals, with thousands of visitors and different programs offered that are bound to change the face of any city, but Vivid Sydney literally turns this Australian city into a canvas for creative individuals. After dark, the festival begins with its play of lights, music and various ideas. This year’s (2013) event lasts from 24 May to 10 June.

The fact that the festival becomes active after dark allows a great opportunity for wonderful light installations, in addition to concerts by various domestic and international musicians at famous Sydney Opera House as a part of the festival called Vivid LIVE. Another perk of the festival is the Vivid Ideas Exchange that includes public talks featuring leading global creative thinkers.

However, this year’s centerpiece is an Interactive Light-Up bridge. 100,800 LED lights of this installation make it possible for the visitors to change the lighting of the iconic Harbour Bridge in Sydney, thus turning it into their own artistic canvas. From 6pm to midnight the visitors are allowed to change colors of the lights using touch screen panels that are placed along the boardwalk of the nearby Luna Park. This installation is a result of the collaboration between Intel Australia and 32 Hundred Lighting and it is sure to draw hundreds of thousands of people that are given the chance to alter the appearance of the bridge that is a big part of Sydney’s image and turn it into colorful and morphing artwork that is changing right in front of them. 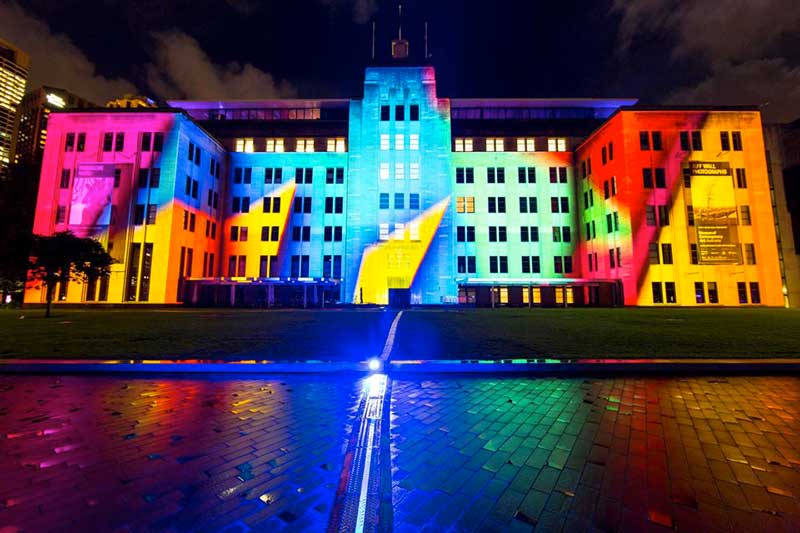 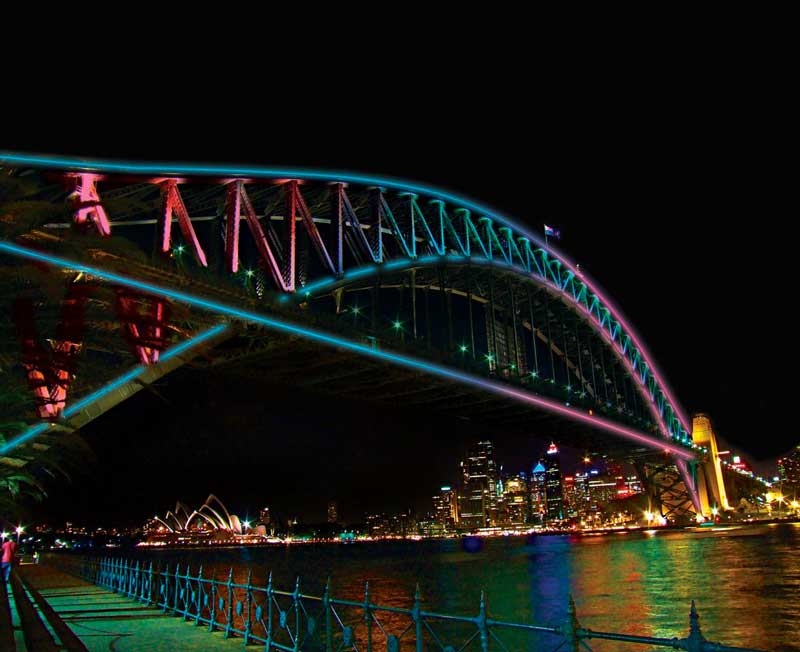 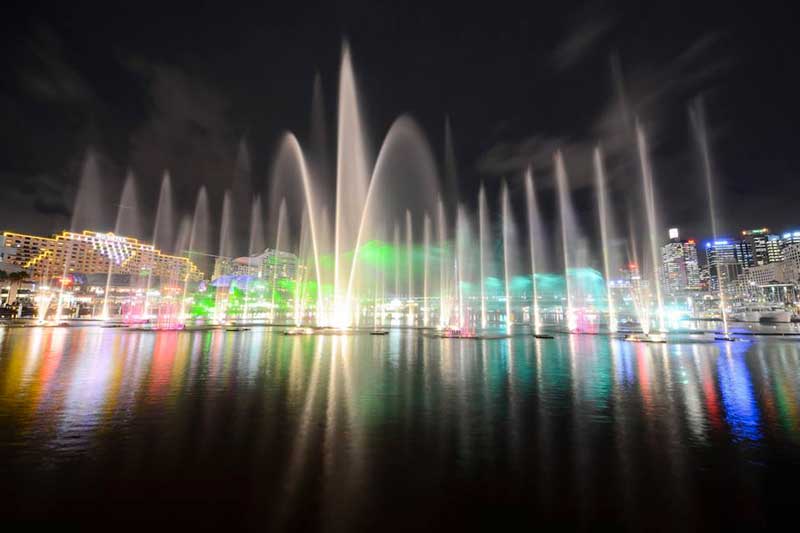 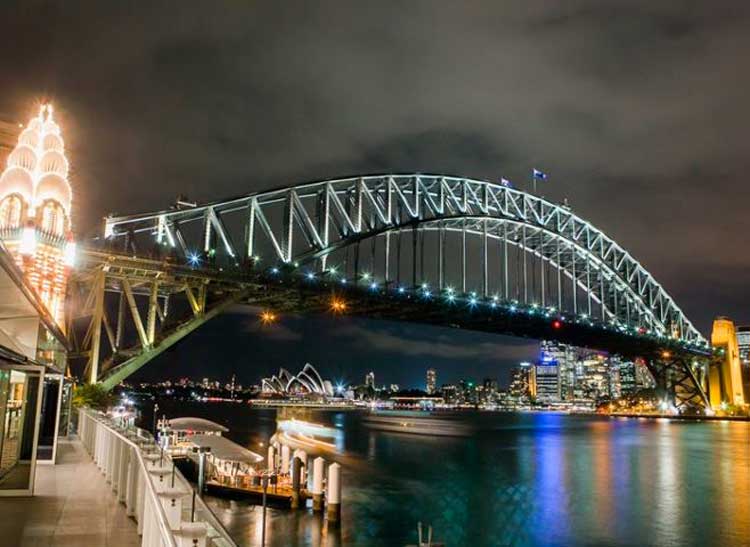 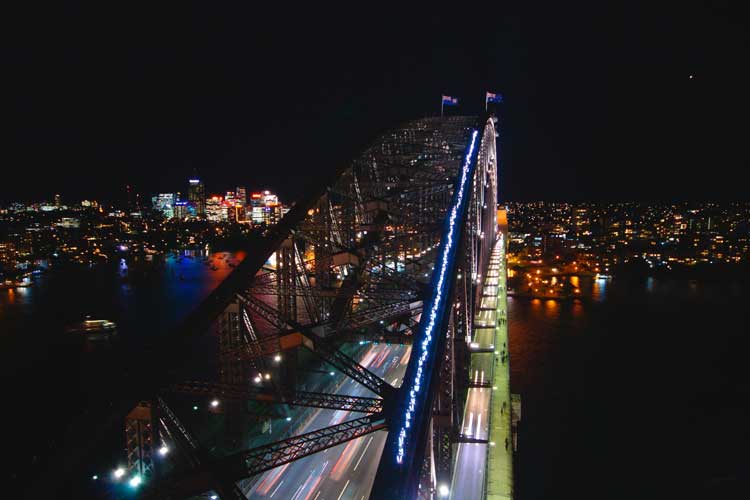 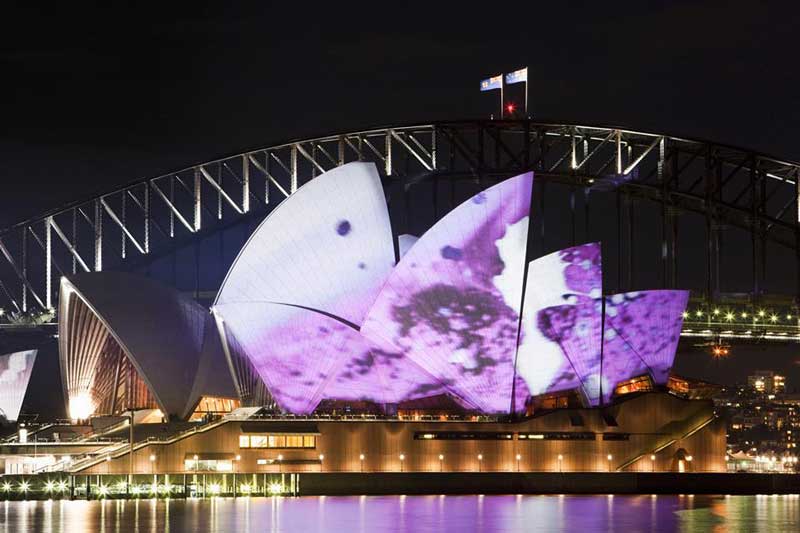 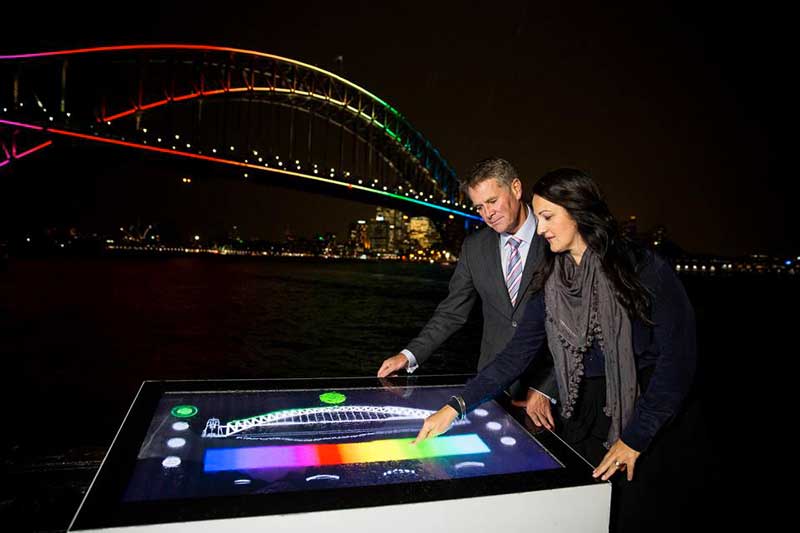