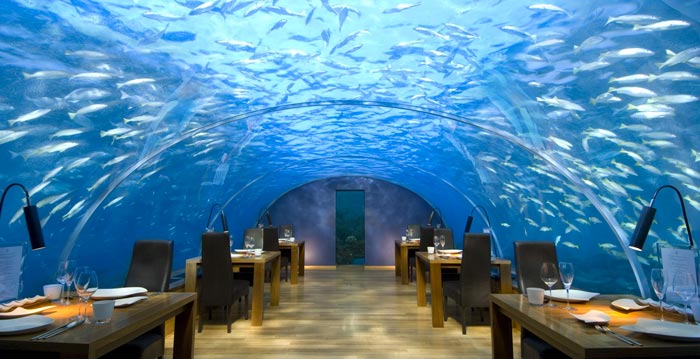 In one of our recent entries, we’ve given you an idea where to go if you fancied dining atop a tree (Treepod at Soneva Kiri, Thailand). This time around, we are taking you deep underground, 5 metres (16 ft) deep that is – to the sea world of the beautiful Maldives and the Ihtaa underwater restaurant.

In the official Maldivian language of Dhivehi, Ihtaa (pronounced “eet-ha”) means mother-of-pearl. The restaurant is located at the Conrad Maldives Rangali Island in Alif Dhaal Atoll in the Republic of Maldives. It is worth mentioning that, only recently, the Conrad Maldives was declared the “Best Luxury Resort in the Maldives”. 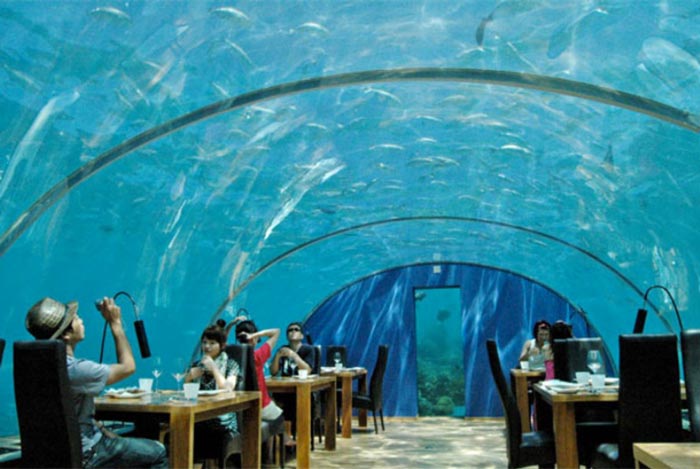 The Ihtaa restaurant was designed by a New Zealand design consultancy M.J. Murphy Ltd which specializes in building aquariums and underwater facilities. The consultancy was commissioned by a property and tour company Crown Tours from the Maldives in February 2004 to make the first all-glass underwater restaurant in the world. M. J. Murphy Ltd says that “initially, the design was based on the assumption that Ithaa would be completely built on the beach on Rangali Island, winched down into the water on rails, floated out to the site, and sunk below the water using lots of sand.” 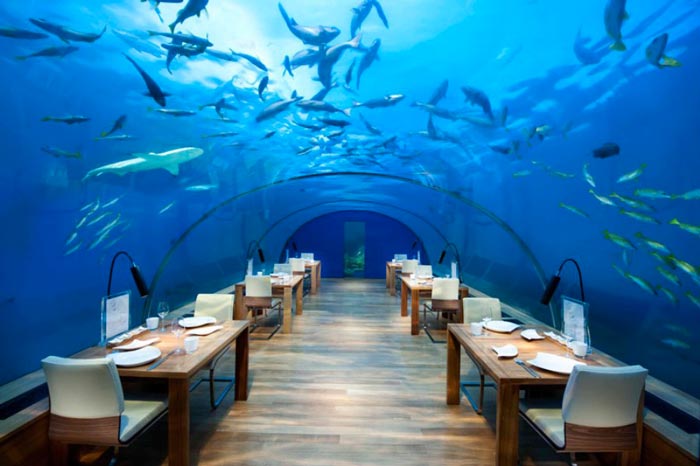 Despite the initial plans, the restaurant was completely constructed in Singapore (weighing at 175 tonnes), shipped to the Maldives, immersed into the ocean at Rangali Island and pushed 5 metres into the seabed, inside the main coral reef. It was officially opened on April 15, 2005, and it cost less than $5 million to build. Due to the extreme conditions in which it is placed, Ihtaa’s structure is expected to last no more than 20 years.

As you are dining, you will be able to spot sharks, sting rays, turtles and a whole host of tropical fish swimming above your head. The cuisine is contemporary European (leaning toward French), but we seriously doubt you will be able to focus on your meal with everything that is going on around you. Another piece of information… You should book your place at the restaurant at least two weeks in advance. watch video below 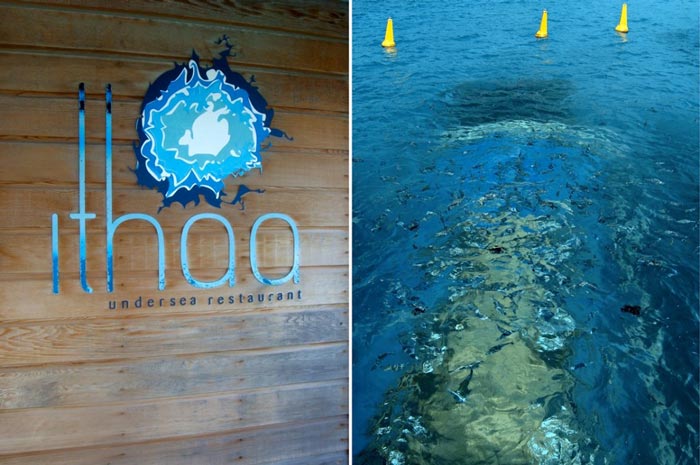 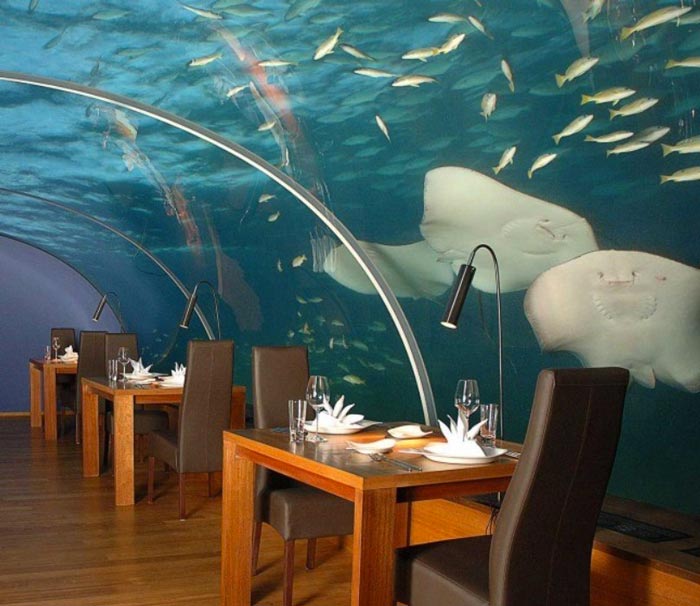 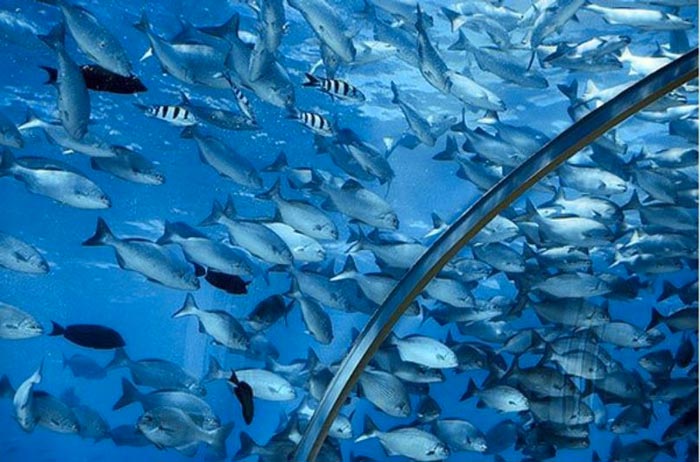 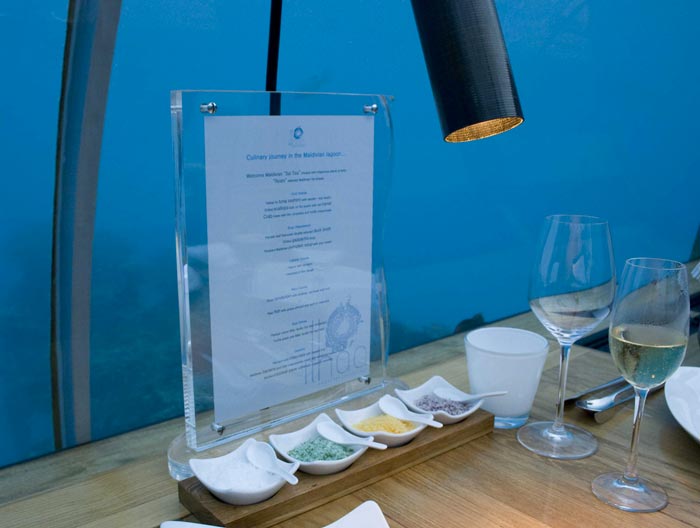 skip to 4:01 to view the Ihtaa Underwater Restaurant