As the first of the three aircraft due to be built for performance verification purposes before setting out on consumer-oriented deliveries in May 2015, ESN-1 recently completed its first successful flight in Tehachapi, California. As ICON Aircraft Founder and CEO Kirk Hawkins said

“this is one of the most significant milestones to date for ICON. It represents the culmination of years of research, design, engineering, and manufacturing dedication by an outstanding team. The A5 is no longer a prototype or concept aircraft; it’s a sophisticated, production-ready, consumer-focused aircraft. The entire ICON team is pouring its heart and soul into bringing the A5 to our customers, and it shows in the truly exceptional execution of the product.” 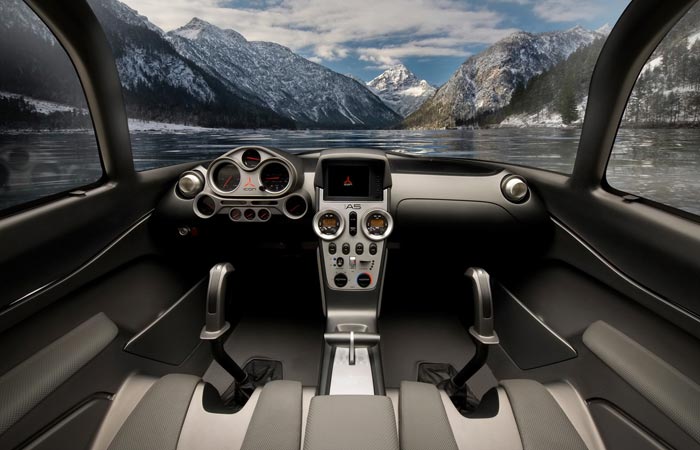 Comprising 1600-plus exclusive aircraft components contributed by around 100 recognized suppliers, ESN-1 of the first A5 series was built in the company’s Techapi-based facility in California and since it passed its first off-ground test with flying colors on July 7, the ICON team is looking forward to receiving the Federal Aviation Administration (FAA) approval in order to launch mass production for client deliveries. Meanwhile, the team of ICON designers and engineers will continue working on the construction of the second airplane in the series which goes by the working title ESN-2, looking to complete it and run structural tests sometime this fall. The third aircraft in the production line will round off the efforts in the FAA approval procurement process and will then be shipped to the first customer as the debut A5 aircraft delivery. Once the full-scale manufacturing begins in the company’s new 140,000-square-foot facility in Vacaville at the start of 2015, ICON is expecting to achieve the staggering production output of as many 500+ aircraft per year. 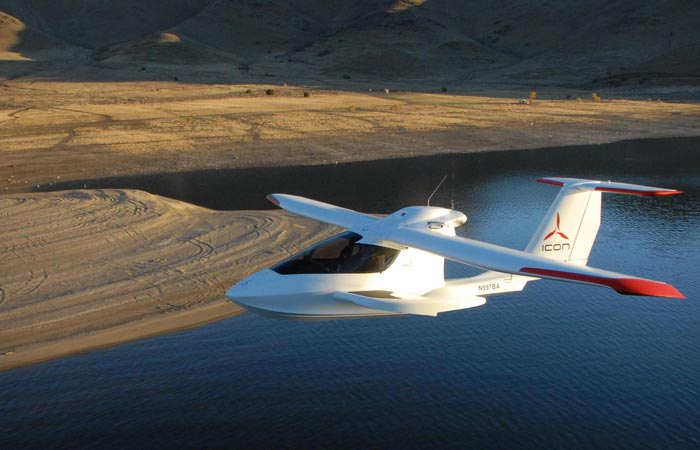 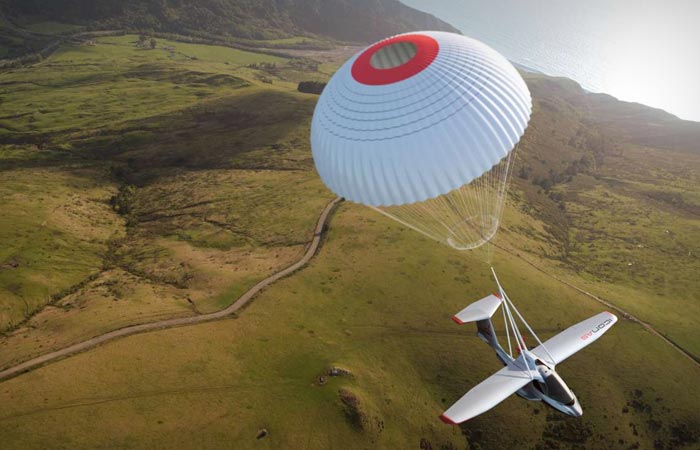 Designed to present predictable flying characteristics with outstanding command response and control synchronization, ESN-1 and the remaining two airplanes in the A5 series feature a 46 inches (116.8 cm) wide intuitive cockpit resembling the interior of a sports car, a set of high-performance folding wings and airfoil, retractable landing gear (which can be omitted to produce a pure seaplane configuration), an optional A5 custom towing trailer, the mandatory array of headlights and floodlights, as well as Seawings™ platforms for simple pilot access and docking.

With 34 feet (10.36 m) of wingspan, the first aircraft in the A5 aircraft line sizes 23 feet (7.01 m) in length and 7.1 feet (2.16 m) in height, with the spin-resistant lightweight airframe made from heavy-duty carbon fiber, removable side windows and several storage compartments. As far as detailed cockpit specifications go, the lightweight amphibious aircraft also packs a Garmin aera 796 GPS moving map, analog flight instrumentation (with an Airplane Angle of Attack indicator and ICON attitude indicator), Intercom system, mode S transponder and VHF communication radio. Inside the smart-looking cockpit, you’ll also find an MP3 music port, night lighting pack, a highly visible wrap-around canopy and an optional ICON parachute. In order to fly an ICON A5 aircraft, you will need an FAA-prescribed Sport Pilot License which requires only good knowledge of flying fundamentals and as few as 20 hours of in-flight training. So, in case you ever had dreams of flying, this may just be your best chance. Give A5 a go; you won’t regret it. watch video below 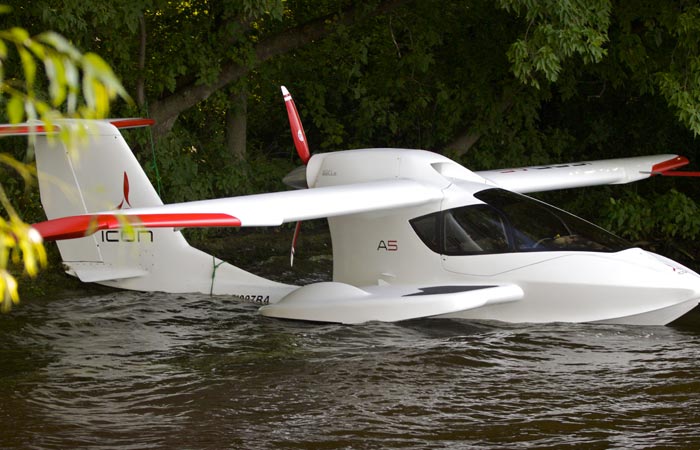 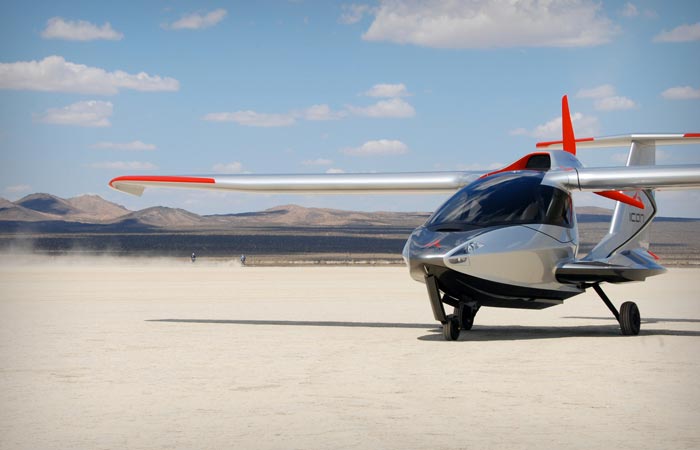