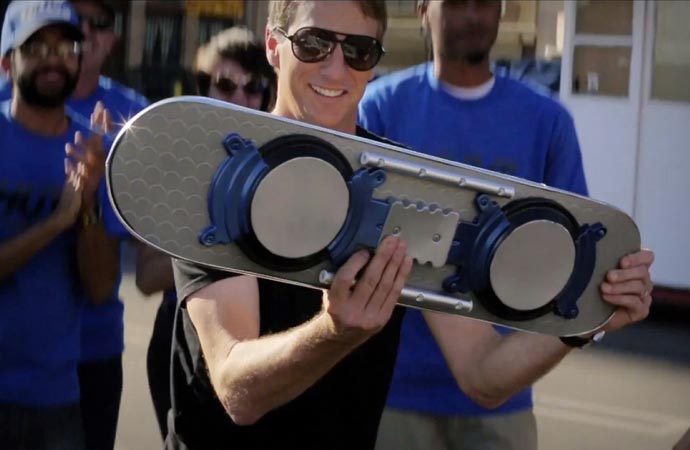 Only a few short days ago, we featured an electric skateboard called Onewheel, the closest thing on the market to hoverboard, and wished that Back-to-the-Future-like hoverboards became reality. Lo and behold, the Back-to-the-Future hoverboard is now here. The HUVr Tech Company has invented what seems to be the first ever hover board called HUVr. Well, if you don’t believe us, you have to believe the skateboarding and musical legends Tony Hawk and Moby respectively who have tried and tested this product (watch the video below).

When we saw the video, we immediately thought: „Now, this is impossible!“ Whether this is plausible, possible, credible or not, you have to admit that the idea is pretty revolutionary. The HUVr hover board is supposed to be controlled by an iPhone and Android application. 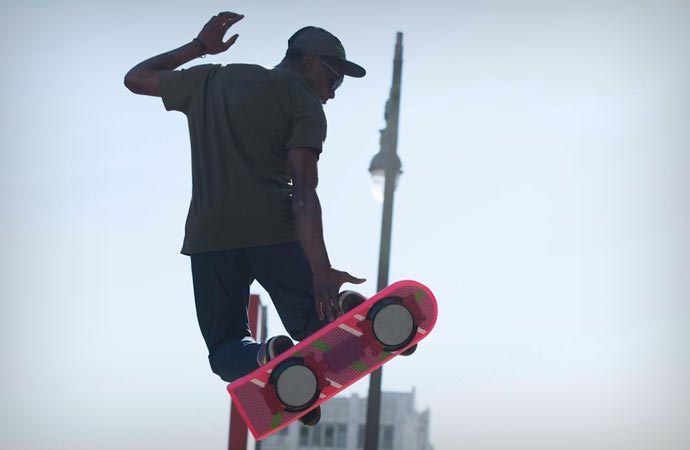 The Internet quickly started to buzz about this radical invention without wondering much whether hovering in air with the help of a phone application was even feasible. Well, we have to be party poopers in this case, and say that it is not feasible or doable or achieveable. Yet! Some well-informed sources also claim that the team behind this elaborate set-up is the same team that produces the „Funny or Die“ series. It is also worth taking into an account that next year marks the 30th anniversary of the  Back to the Future trilogy’s first film. So, “the launch” of the HUVr hover board is probably just a great promotional stunt.

Regardless, all of us who have been fans of Marty McFly and Doc Brown all these years are keeping our fingers crossed that hover boards will soon become reality, as well as the most exciting means of transportation. [via] watch video below 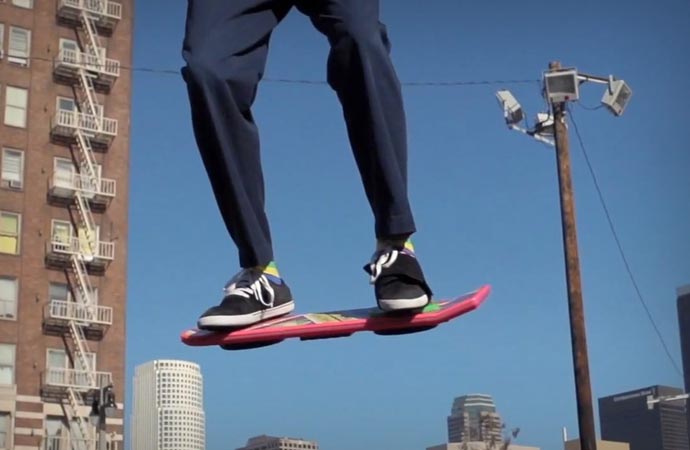 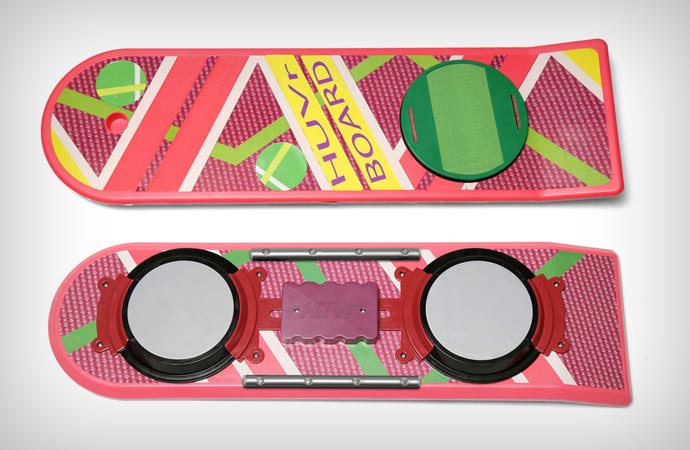 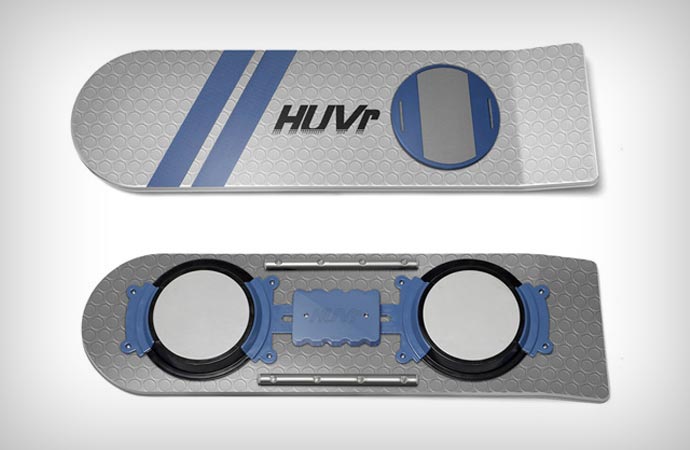