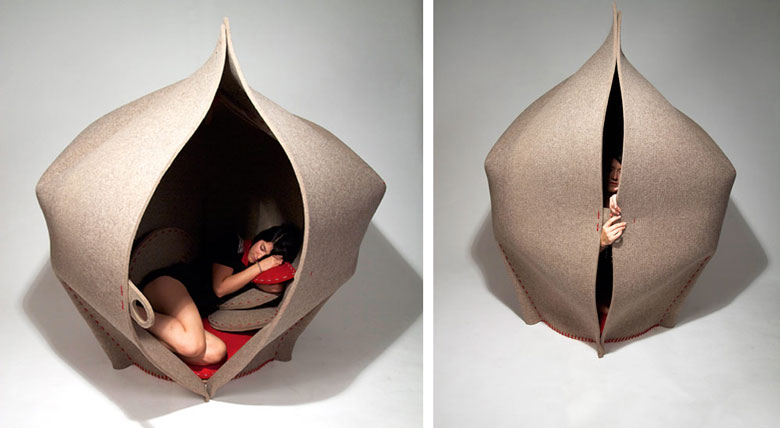 Today, more often than not, people feel the need to withdraw, relax and contemplate in peace, in a calm and cozy environment, void of noise and distractions even in public areas, be it an office, airport, train station, museum… With this in mind, a British furniture and product designer Freyja Sewell created a personal cocoon she named HUSH which is made from a single 10 mm thick piece of 97% industrial wool felt (1,75 X 4 m), and is completely breathable and biodegradable. The HUSH armchair is padded inside with recycled wool fibres cast off by carpet manufacturers.

HUSH has the womb shape in which you crawl to have some personal relaxing time, isolated from the rest of the world. “By creating an enclosed space, Hush provides a personal retreat, a luxurious escape into a dark, hushed, natural space in the midst of a busy hotel, airport, office or library,” explains Sewell. She adds that the playful contours of the pod were inspired by the felt she works with: ‘You have to let it find its own shape. It’s important to think about the human as an individual as well as a collective,’ Sewell says. Alternatively, HUSH can be transformed into a more conventional seating area.

HUSH is produced by Durham-based manufacturer Ness Furniture and was presented at the House of Detention as part of Clerkenwell Design Week. watch video below 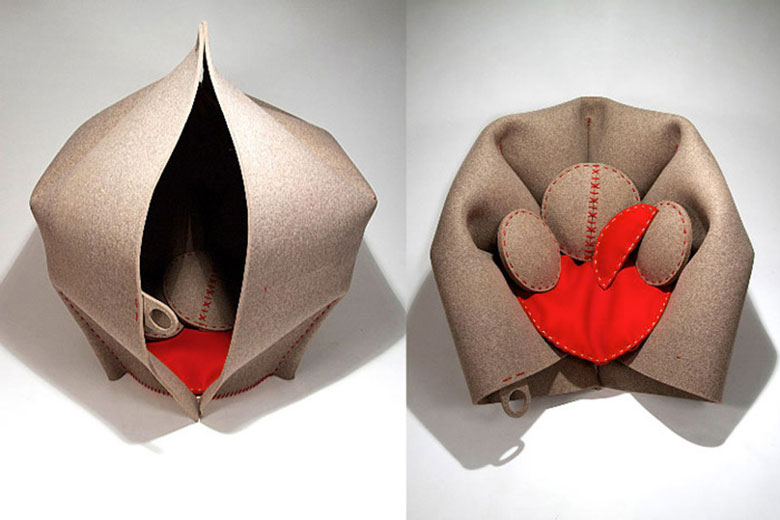 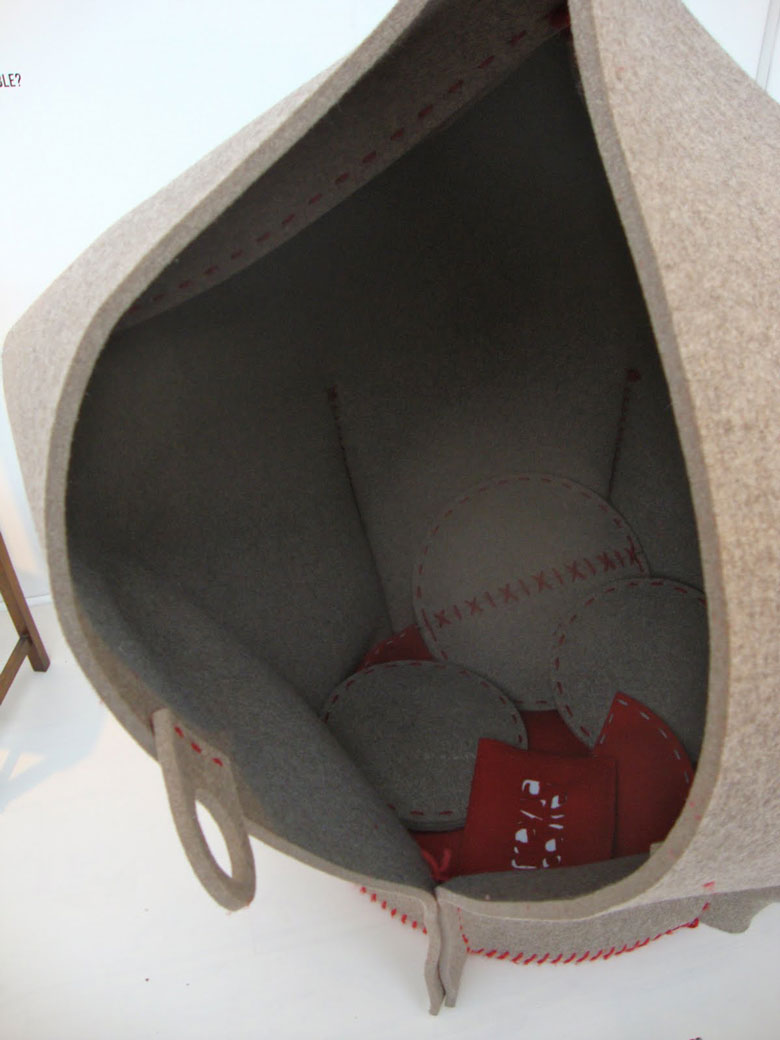 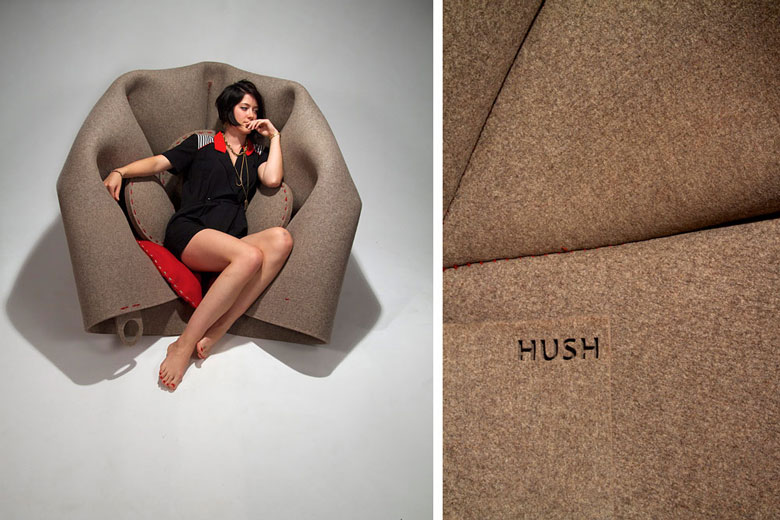