Having a boat and a truck to tow it isn’t something you enjoy anymore? Well, that’s good because now you can own both of these vehicles in one awesome package thanks to Gibbs Amphitrucks, a division of Gibbs Technologies from the UK which specialize in manufacturing amphibious vehicles. Gibbs Amphitrucks produces amphibious trucks which are engineered and refined to deliver the next generation transport platform. Their two current models, the Humdinga and the Phibian, are capable of traversing rough terrain and water surfaces at the press of a button and are capable of hauling a lot of gear or even transport a large number of people. 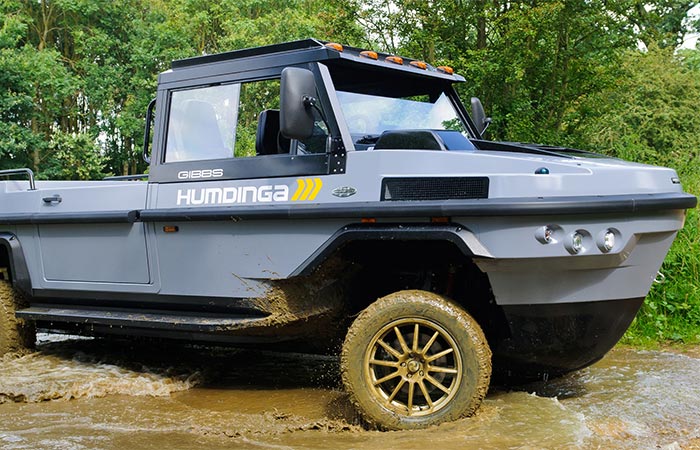 The Humdinga is capable of traversing very rough terrain

The Humdinga is the smaller of the two models and it can achieve highway speeds on land and up to 30 mph on water. As it is capable of transporting up to 7 people or 600 kg of gear and can switch its operating mode very easily, this vehicle can be used as a decent rescue vehicle in a wide array of emergency situations. Of course, its immense hauling potential can be utilized for simple cargo transport in hard-to-reach areas. 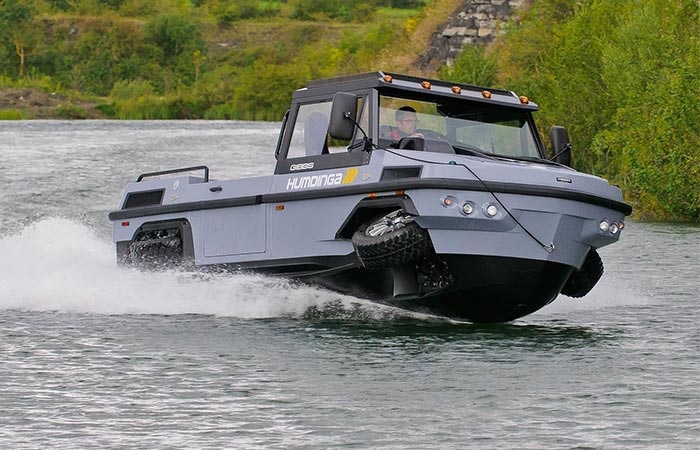 At a press of a button, switch from land to water with the Humdinga

The Phibian is the big brother in this family, and it can perform all the tasks the Humdinga can and much more. Capable of achieving the same highway speeds as the Humdinga, the Phibian is a lot faster on water than its little brother. It can achieve speeds well over 30 mph and can carry even more cargo. Capable of hauling up to 2000 kg of cargo or transporting up to 15 people, this amphitruck may as well be the ultimate emergency response and rescue vehicle. According to customer preferences, the fellas at Gibbs Amphitrucks can modify passenger seating or add any other customer specific configuration. 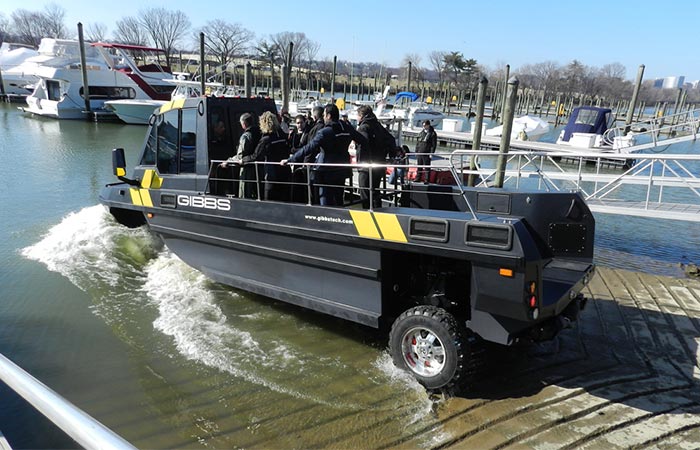 Although primarily aimed at becoming a new transport platform and emergency response vehicles, it would be cool to ride one of these bad boys on the open road and, as soon as you want it, simply switch to open waters instead and carry on with enjoying your ride. watch videos below 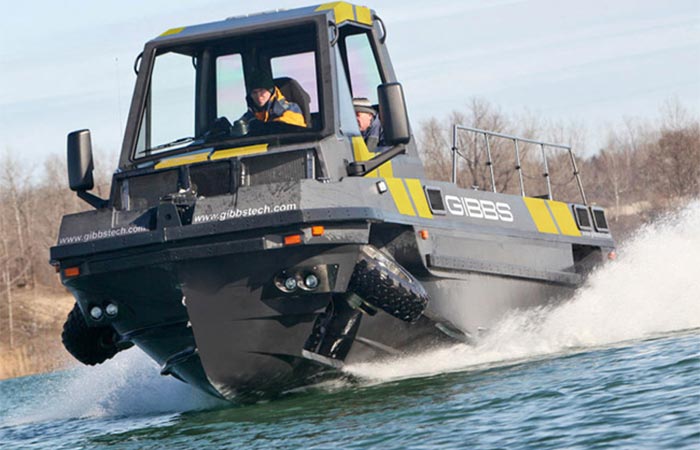 Check out what the Phibian is capable of.