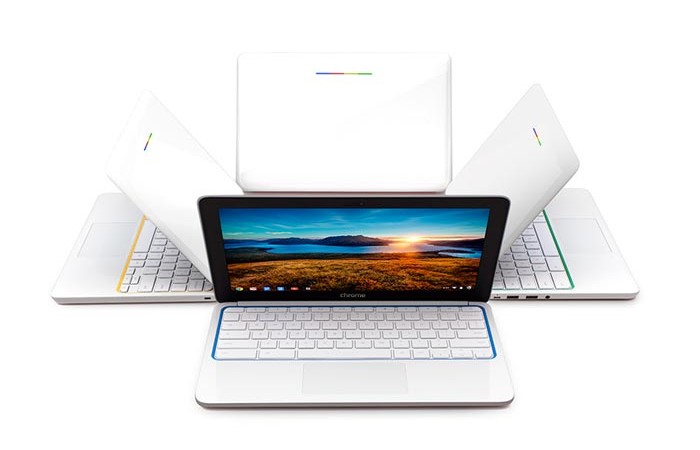 Chromebooks have been available for a while now, and their success is doubtful. The HP Chromebook 11 has been intended to change this and push this kind of devices into mainstream use, which is a tough job. Let’s see how well Hewlett-Packard have done.

First some of the basic specs. The dimensions of the HP Chromebook 11 are 297 x 192 x 17.6mm and the weight is just 2.3 pounds. It feels very light and easy to carry around. The 11.6 inche LCD display has the aspect ratio of 16:9 and the screen resolution of 1366×768 pixels with the brightness of 300 nit, which should eliminate common contrast problems. Another great feature is the wide viewing angle of 176 degrees that this screen provides. So the display is cool enough to say the least.

This Chromebook offers 2GB of DDR3 RAM and 16GB Solid State Drive. The storage capacity does not seem large enough, especially when you keep in mind the fact that there is NO card reader with this device. The lack of a card reader will make this device useless for some users, such as photographers, so this might be a serious oversight by HP. However, the price of the Chromebook of $279 includes 100GB of free Google Drive storage for two years, so this makes up for the lack of space in a way. 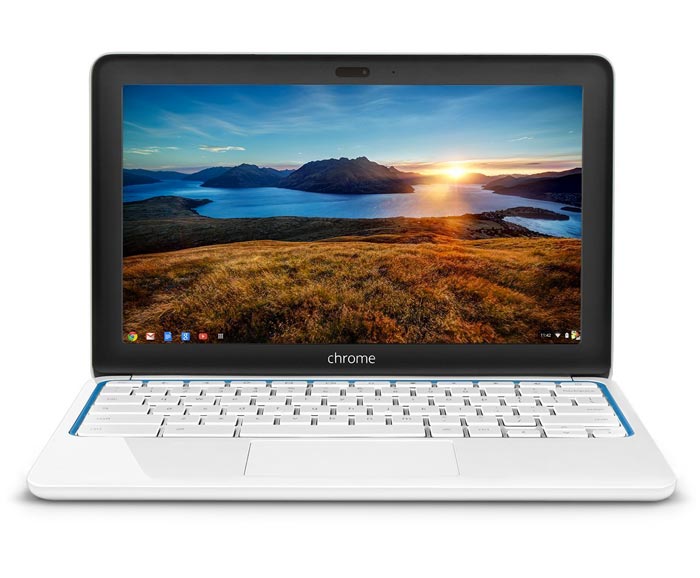 Some of the other features include a VGA Webcam, Bluetooth 4.0, Dual-band WiFi 802.11 a/b/g/n, two USB 2.0 ports, a micro-SIM slot, micro USB for charging (very useful having in mind that many devices use the same thing) and SlimPort video out. One of the best features is the battery life that is said to last up to 6 hours when used actively.

The Chrome OS that the HP Chromebook 11 uses is pretty similar to the previous versions. The device powers on very quickly and automatically logs you to your Google related accounts and services. It is pretty fast when used moderately, but does slow down a bit when pushed hard.

It is also fairly soundless, with no fans to break the silence around you. The keyboard is very quick and easy to use and the trackpad is great, so input and navigation shouldn’t be a problem with the HP Chromebook. 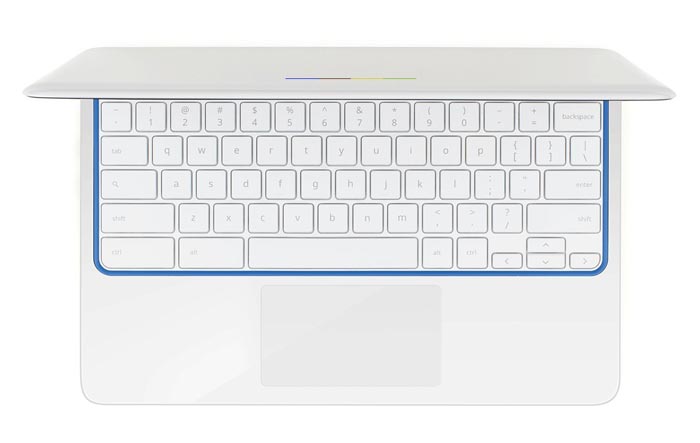 The sound is also good. The speakers are placed under the keyboard, but they do not have the problems that usually emerge from this kind of a setup, such as vibrations at large volumes. It is quiet when working, but offers the sound of surprising quality even at higher volumes.

Turning only to Chromebooks usually presents a problem because they are very dependent on internet connection and, although they do work without it, the functionality is severely hindered. 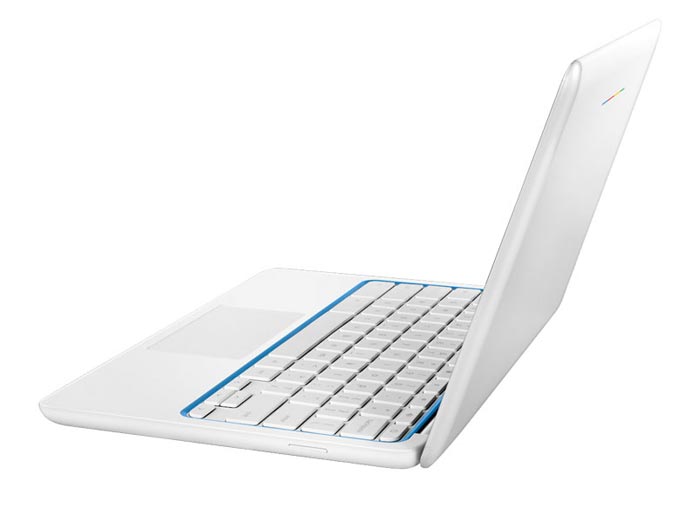 So is it worth the money? Yes, if you can overcome the problems such as internet dependency, insufficient storage and small lags when the computer is overwhelmed. Otherwise, it is very fast and useful. But, it is not very likely that the HP Chromebook 11 will become the primary computer in your life. It is a big step forward in that direction, but it needs to be more comprehensive.